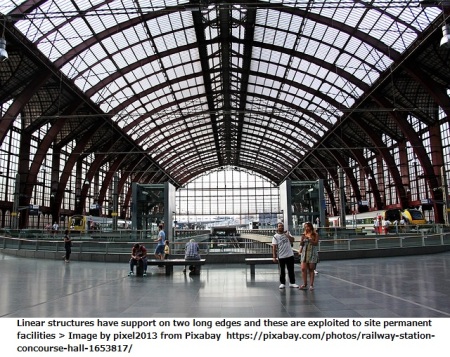 Peripheral zones of an interior space are aligned to the edge of the space, and therefore away from the core zone. It is this distance, between the core and peripheral sections that qualifies their meaning. Another qualifying mark is their surroundings. Peripheral zones draw a lot of energy from across the edge or defining barriers whereas the core zone is affected only slightly by the enveloping periphery. 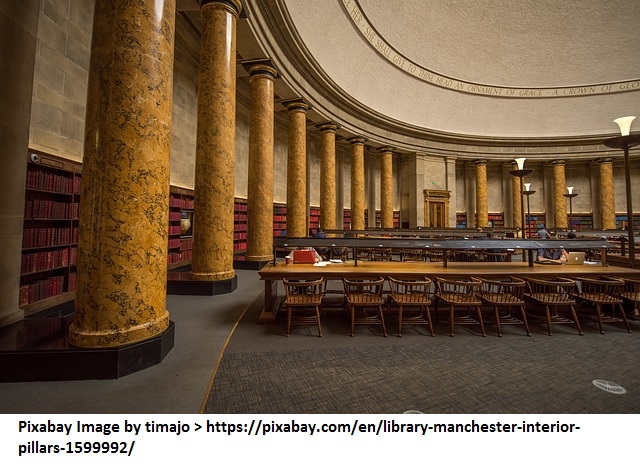 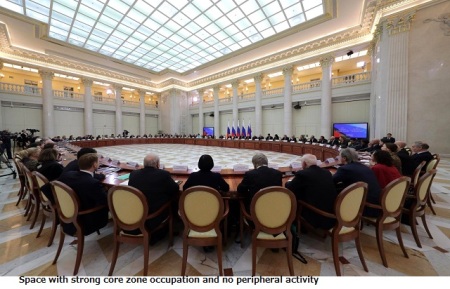 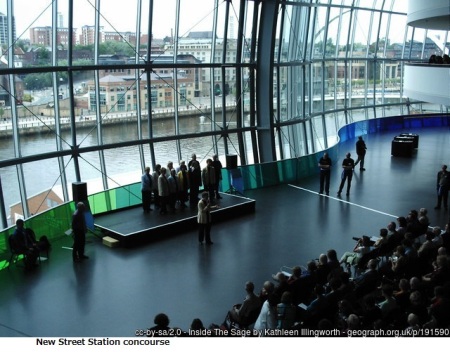 Once the extent of the peripheral zone was determined by the concern for safety, warmth from the fire, the need for privacy, scale of the task-activity and distancing from elements (to reduce their intensity and reach). The barriers, wherever available, formed the edge sections of the peripheral zone. These were also used for reclining, resting, hanging personal items and for expression (artwork). 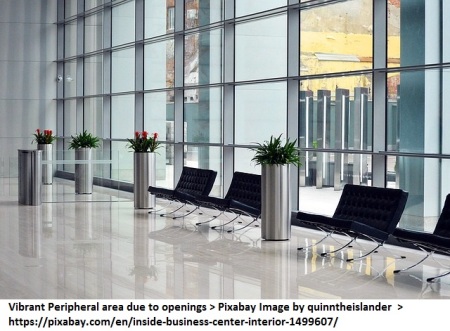 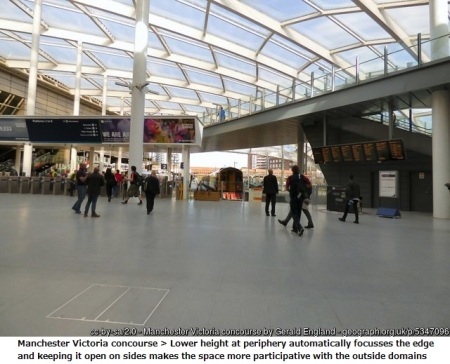 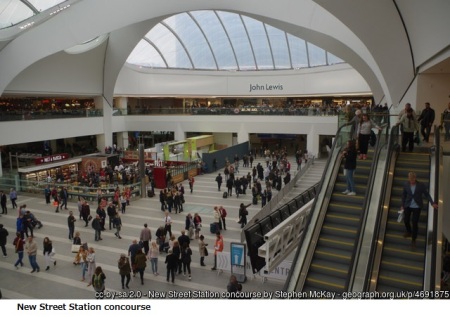 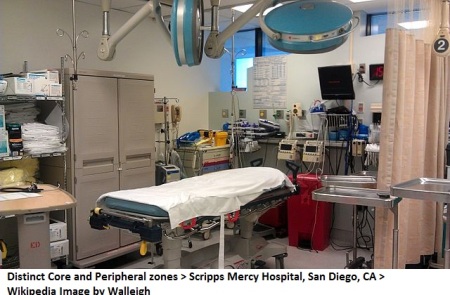 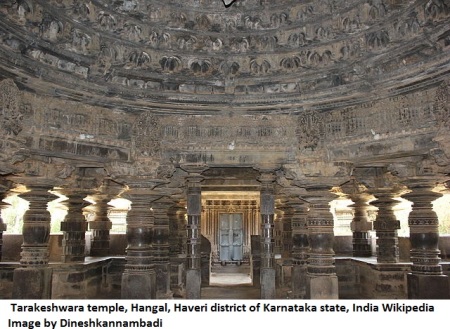 Peripheral areas mark the end of one space entity and beginning of another one. Peripheral zones are thresholds to other space entities, and occur or are perceived to be an intermediate or buffer state. Thresholds are interactive areas, and alter (qualitatively) the elements transiting through it. Their activeness arises from their level of transparency and thickness (mass of the barrier) both of which control (rate, direction) the exchange. Thresholds also occur as an interstice on the overlapping barriers. Here two effects are simultaneously operative. 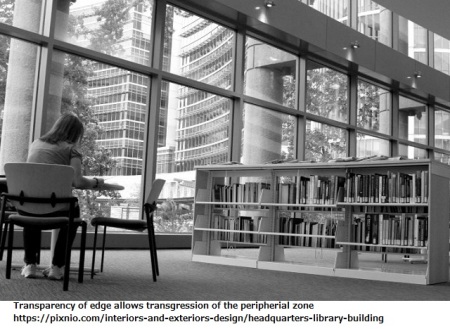 The space barriers, such as walls, roofs, awnings, curtains, partitions, ceilings, etc. form a focussed space. Yet these barriers also create segments that are more strongly attached to the periphery. The barriers, however, are always prone to change from outside effects. There are two distinct places for group mechanisms -the focal and the peripheral sections. 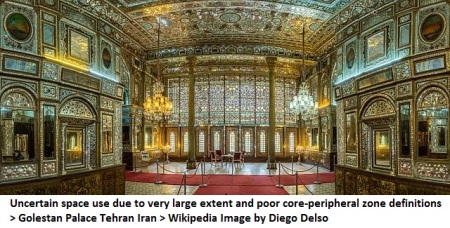 Lecture halls, bed rooms, modern kitchens are single activity areas, and so focussed units, but road side cafes are peripheral. An older style kitchen sourcing its services off a wall was more peripheral, whereas modern kitchens have island workstations, is more of the core centric arrangement. A drawing room like the dining area is focussed for an activity, but a family room is multi functional and so less focal. Fire was the focus of the primitive home, and TV has become the current focus of home gathering. A physical feed-based work station is peripheral, but a wireless notepad computer offers flexibility of being anywhere. 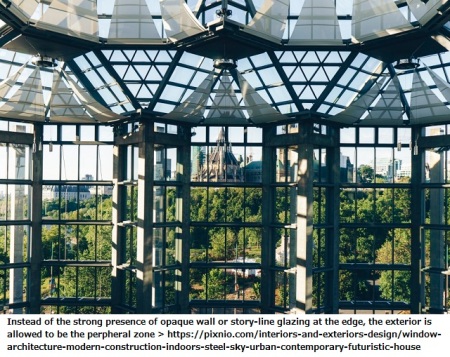