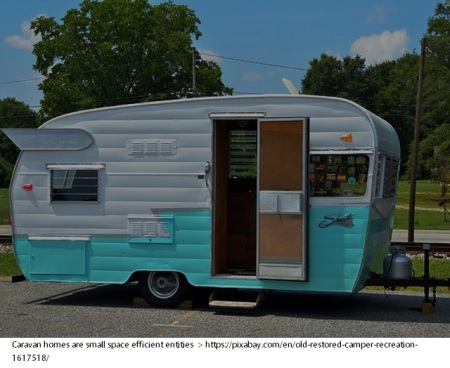 Small spaces are often considered intimidating and claustrophobic because the core zone nearly embraces the entire space, leaving no or very small peripheral space zones. Such an exclusive core space zone is too susceptible to affectations from neighbouring domains. Small spaces evoke overwhelming power of the barriers, such as the walls, roof and floor. Such spaces have no echoes, or no depth for perspective perception.

Large spaces have large core zones and equally large peripheral zones. Very large spaces have diffused or multiple cores. Diffused cores have poor recognition, communication and exchange capacity. In large spaces the distanced barriers (such as the walls, roof and floor) are less commanding. The distanced barriers also permit a core zone to exist on its own. A large space with fewer occupants may seem impersonal compared to small spaces that in some way infuse intimacy. Large spaces allow individualization, but group formation becomes uncertain. Large spaces confer power to the individual who can own it and have the reach capacity to control it. 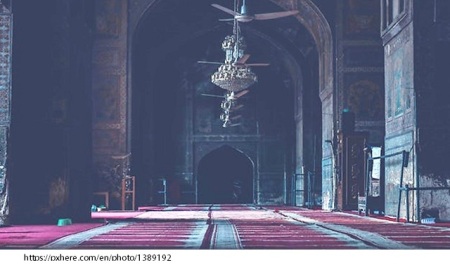 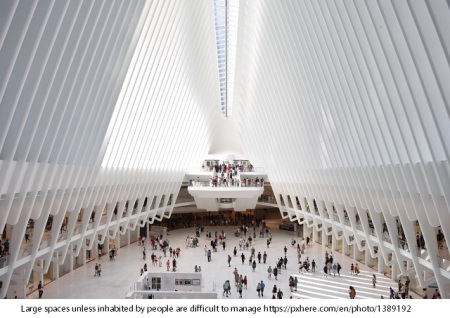 Large spaces seem alien as the edges are less definitive. Here the peripheral zones are too segmented and varied. Occupation of large space is challenging. One, however, needs to find points for anchorage, a direction for orientation, presence of other human being (or an animal like a dog) for confirmation, and a ready strategy for exit in any exigency.