It is a medium that combines dry pigments with heat-softened wax and, in modern times, resins. The purpose was to fuse the pigment to the surface, thus producing a highly durable finish. Encaustic painting (Greek = enkaustikos, =burning in) was one of the major painting techniques used in the Classical world. The term originally described a process of painting with a beeswax-based paint that was then fixed with heat.

The colours, pigments mixed with heated wax were applied on stone or plaster surfaces with a brush, or double ended sharp metal tool. The ancient Greeks and Romans heated both the surface to be painted and the palette. On cooling the surfaces was rubbed smooth, and again heated to force full penetration of wax-mix into the surface. The surface was later buffed with a wool rag. Encaustic painting can have fully saturated colour and lustre. It can be reworked over and again.

Bees wax finishes, were preferred for the water resistant quality compared with then prevalent finishes such as stucco or distemper. The finish was also applied to the wood and leather surfaces. Beeswax is not a biodegradable material. Wax does not oxidize so there are no chances of Encaustic work to yellow or darken with ageing. Encaustic paint does not involve use of solvents.

Use of wax as a coating material is very old practice. Wax and pitch were used as waterproofing coat and caulking compound for ships and boats since 5th C. BC. Wax-based colours were used by Greek artists, to create portraits, scenes of mythology on panels, for drawing on marble, terracottas, and ivory. North American Indians used a similar method where pigments mixed with hot animal fat were pressed into a design engraved on smoothed buffalo hides. Greek marble sculptures were painted with encaustic system. 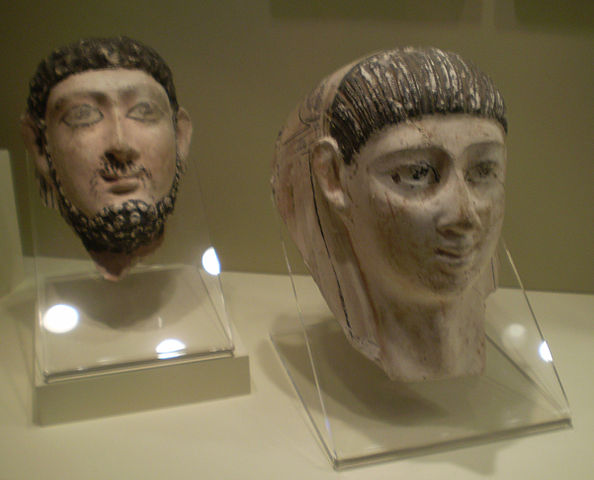 Tempera or egg tempera and Encaustic painting systems rivaled each other. Former was a faster, cheaper process, but vulnerable to moisture. The later method was slow, permanent and with great optical effect due to colour saturation and its lustre. The encaustic works show strong contrasting colours, almost like the later day impressionistic art. In comparison fresco and tempera works seem duller or flat though both often show greater tonal variations but subdued expression.

Today, bodied oils (bodied with Rosin, gums or by long duration boiling -DB Linseed oils), synthetic resins, polymeric emulsions and silicone compounds are added to the mixture to harden it and make it easier to apply. The process of application uses electrically heated palette, electric lamps or hot air blowers to warm up the surface and for post application treatments.

Encaustic tiles of the Victorian era were not of true wax based technique. These were more of an inlay work. The first use was in 13th  C and lasted till 16th C and again during the Gothic Revival era. 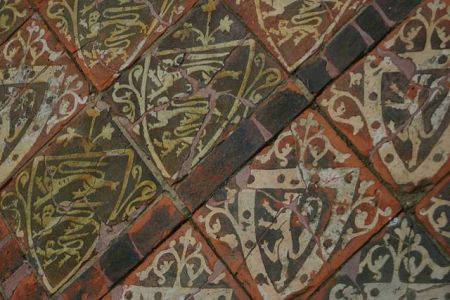