A system reflects the nature of effort used in its formation. Personal and impulsively formed systems tend to be Holistic. Holistic systems have few or no recognizable sub systems. On the other hand, planned systems, whether personal or evolved through multilateral effort, and over a longer period of maturation, consist of many sub sets.

Design effort that conceives a complete and self-contained system initially is called a Holistic system. Holistic systems are conceived as a whole without much thought for the details. Holistic approach entails germination of an intuition as a complete system. Such creations are akin to a work of art, often not functional, and not necessarily reproducible. However, such impulsive concepts may be detailed later on to become component systems.

Close-ended systems result from prime or unique effort. These are also a type of holistic system. Spontaneous and one-person creations tend to be closed systems, unless a conscious effort is made to make it an open system. Closed systems have inherent limitations of time and space. Such systems become irrelevant as soon as an open-ended system is available. Closed systems are improvise-able only by the author or inventor, whose capacity to update it continuously is limited. Closed-ended systems are intentionally planned to protect the intellectual rights of the innovators. Here the innovator creates an ironclad entity that not dissected for inspection or repair. Closed systems as a result are compact and rigid. Proprietary computer software may be used by anyone but its code is restricted. 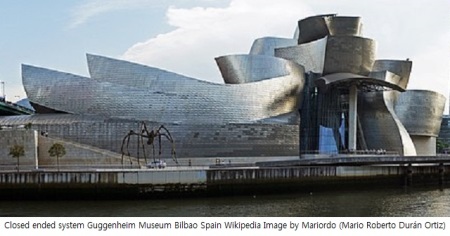 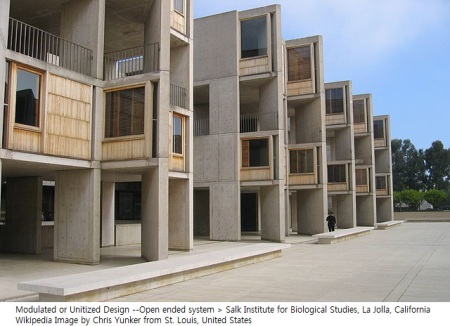 Open-ended systems evolve from multilateral effort or multi trial endeavours. Where large number of people are involved in design and execution, and where these processes are likely to take place at different time and locations, the system automatically becomes open ended. The subsystems for a variety of reasons are conceived as substantially independent systems. The subsystems are often designed or manufactured by different vendors. Due to such distinctions the subsystems are separately up-gradable.

The success of the open-ended systems depends on certain discipline or architectural parameters. These are adaptation of common measurements and standards for materials and procedures. To accommodate all these, open-ended systems have a skeleton type frame structure (infrastructure). Open-ended systems many a times are wasteful, because every subsystem has built-in reserves or additional safe capacities, though such individual reserves make systems more persistent. Open-ended systems allow replacements, improvisations and up-gradations of their subsystems and components. 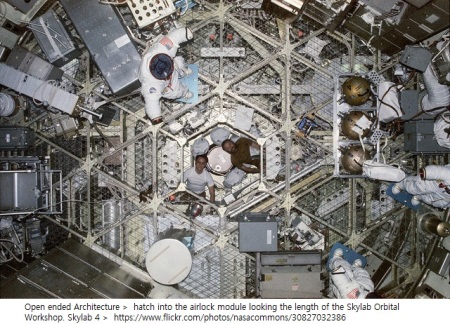