CORRIDORS AND PASSAGES DESIGN PARAMETERS  –as Transfer Systems in Buildings

Corridors or Passages, for one person passage, in one direction, require a discipline enforcing width of 630mm (such as queue space at a bus stop), for less acute needs (such as at Airport check-in 800mm. Enclosed corridors as suggested in most residential building bye-laws, should be minimum 900mm wide, for short length runs of 5mts. For greater lengths a width 1200mm is advisable. For wheelchair traffic minimum 1000mm width in straight sections, and more in angles or curvatures, is required. Where movement is likely to be intense, bidirectional and with hand carried luggage, a width of 1500mm should be provided. Where corridors are likely to be 1500mm or less in width the doors should be placed in a recess, and must open away from the corridor space. Preferably doors should not open out into the corridors, unless a recess equal to the full swing of a door shutter is provided. On a corridor opposite doors should be staggered. In hospitals facing doors, however, are of help in turning in stretchers and Fowler beds. At the end, start or junctions, corridors should be plain, there should be no opening for a length equal to the width of the corridor. Cross corridor junctions, if any must happen in a wider lobby or foyer. Corridors should have a secondary escape point for every length section beyond 15mts. Longer corridors tend to be boring so should intermittently terminate into a hall or foyer, before being continued. 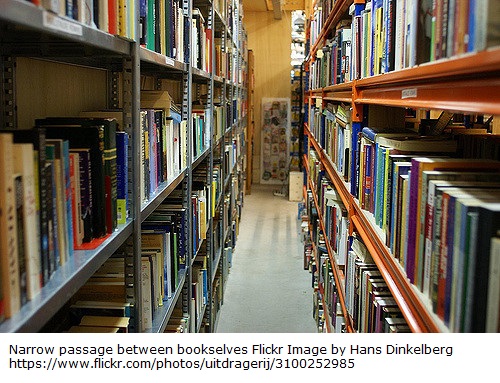 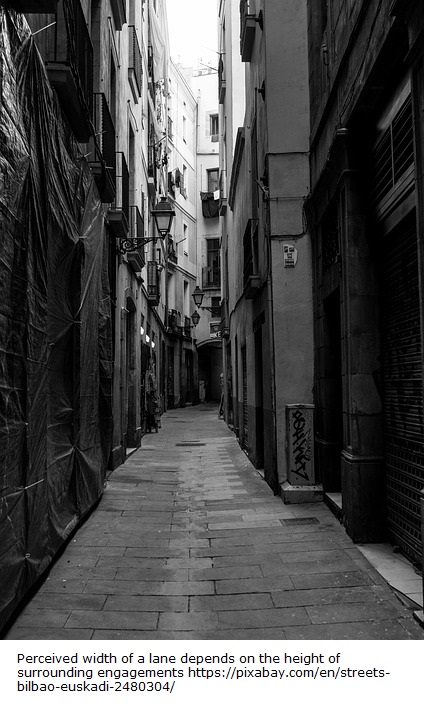 There should not be any projections, or fixed or loose furniture in the functional width of the corridor. Where visually impaired people are going to transit, the projection off the wall must not be more than 100mm, and furniture including the space for knee or leg of the user must be accommodated in alcove or niche. 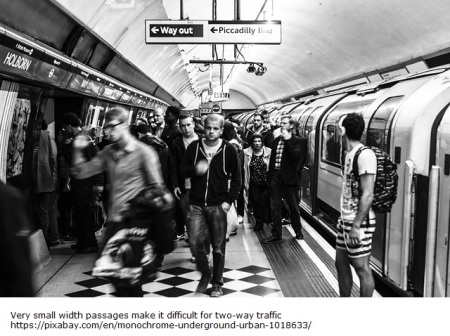 Illumination in corridors requires careful planning. Windows at the end of a corridor, or doors on corridors opening out to an exterior, create a glare. Artificial compensative illumination is very necessary to counter the glare. Side openings in a corridor provide a visual distraction, but unless fairly intermittent or properly designed, create very patchy lighting. Illumination fixtures on wall and ceiling fail to provide the desired effect when corridor height is low and traffics density high. Illuminated ceilings provide very poor modelling and social recognition. In such situations a lighter colour scheme and indirect glow not only on the ceiling but upper section of the side walls helps. Illuminated steps and side hand rails provide a functional definition. Illumination level in corridors should never be consistent as it creates boredom, It should be high enough near openings to counter the glare and in some situations (drama auditoriums) even feeble in contrast to the interior. Illumination fixtures that are visible like shaded lamps, diffusers, chandeliers etc. create a visible physical dimension. 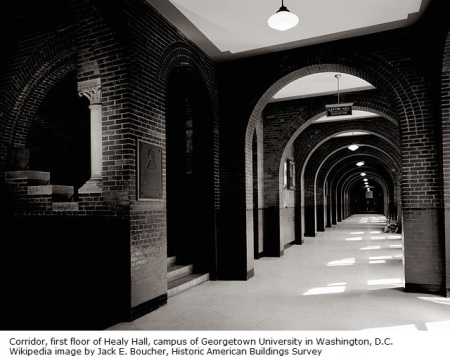 Paintings on corridor side walls must be smaller and with details that can be enjoyed at a closer distance (often less then 450mm) such as miniature paintings or photographs. Large paintings with very extensive colour or form patches are hardly visible in a corridor like narrow space. Artefacts in corridors must not encroach upon the functional passage width, so have to be in niches. Such niches have to be arc form to increase visibility from sides. Artefacts at the end of corridors are perceptible, if the traffic in the corridor is thin or intermittent. Cut out or double height section in the roof or ceiling section, are great relievers in straight jacketed spaces.

Corridor floors are visible in low traffic corridors such as hotel lobbies. These can be treated with long direction patterns. Corridors often have floor-finishes with running stripes on both the edges. The method extends the length aspect while reducing visual width. Stripes or flow of motifs in the shorter direction is unnerving, due to repetition and visual compression in perspective.

Passage and corridors cut across spaces in a very logical manner and often as the most economic route. Compared to room spaces corridors require lesser height provision, so carry services such as ducts, wires, etc. in the ceiling plenum. The ceiling space of the corridor is easily accessible for servicing the utilities. The ceiling surface is designed to absorb the locally generated sounds, and also mask the sounds that leak out from the rooms, through the joints and crevices along the installed services. 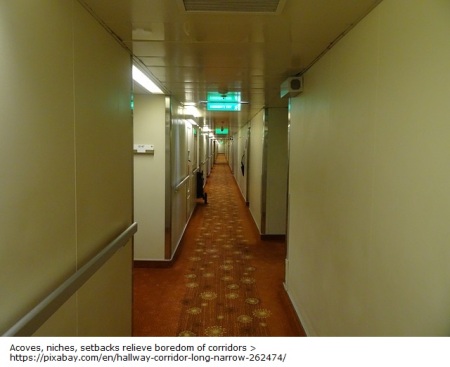 Passages, (as unbounded corridors) require side edge definitions. Such definitions could be in terms change in flooring colour, texture or pattern. Alternatively definitions could be through change in the floor level, or side barricading of 600mm to 1200mm height level. The barricades could be ceremonial or representative only. The barricade may not be continuous but could be intermittent like planters, boxes, ash-posts, poles etc. Passages need floor and other definitions to indicate the direction of the flow or movement, destination, and nearness to a point of change. These are formed by flooring colour, pattern, gradient, illumination, lamp posts, and visual axises or connections.