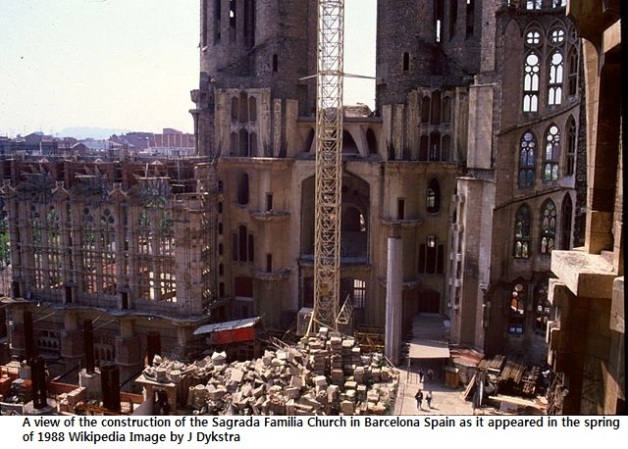 First ever human endeavours of unprecedented size and complexity, such as construction of buildings, forts, cities, or palaces, civic facilities like aqueducts, bridges, gates, fighting wars and calamities, writing epics, creating works of art, all have been executed as projects. These projects require strategic planning, research, innovations, procuring and transporting the supplies, storage, human resources, tools and equipment’s deployment. Such projects often lasted for several generations, or were conducted by different people taking over the controls. The three important elements of conducting a project are, namely: Documentation, supervision and feedback system helped the ‘timeless’ continuity by managing the changed circumstances. Historically large projects were initiated by the powerful coterie of rulers who could command large number of workers as believers or slaves. The armed forces were the most organised of groups, and were preferred executioners. Post 14th C Europe and India saw rise of business men, who patronized construction of large projects like palaces, temples, cathedrals. Early 19th C. saw emergence of different class of entrepreneurs who began to build very large Industrial units, warehouses, wharf and rail roads. These industrial age projects, in comparison to any other project in the history, were conceived, executed and made operational in a very compact time frame. The time compression necessitated new methods of project management. The building had to be an economic entity. The style was not shackled by architectural isms, materials or technology. The new breed of industrial project initiators, were joined by new Governments that were turning more democratic. The Government sponsored economic activities were constructions of bus and railway depots, ports, canals, dams, bridges and roads, etc. These Government projects were often designed executed and managed by private agencies. Earlier Designers were Planners of the project, and to many extent were active participants in execution process. These allowed them to detail and improvise the project during the execution. But during Industrial evolution Projects were planned for production strategies, then designed (Buildings) and executed by different agencies, and ultimately made operational. These processes required new methods of project handling or management. Just before and during the world war II, it was necessary to ensure that production of war materials of all forms matched the anticipated demand, and was supplied to the right place at the right time. For this purpose new planning and forecasting methods were required. After the world war, these mathematics based planning methods developed into a new discipline known as OR -Operations Research. OR is a discipline concerned with the planning, assessment and control of operating systems, such as industrial production, commerce, etc. or virtually any human effort. Interest in the methods for design and logic of these systems, rather than in their operations, led to another subject, SE -Systems Engineering.

By the 20th C. project managers began to (time) schedule productions for the rapidly changing markets (choices, technologies). In the 1950s and 1960s project planning methods for time management and cost control through inventory, warehousing, transportation management, were developed. Much of this development was based on the concept of determining a precedence relationship (that is, identifying which work activities must be completed before other work activities).

Business was facing challenges of more complex products and services, demands for better quality products, cost-conscious customers, faster development cycles, stiffer international competition. There was need for joint ventures to share risk and collaboration for leveraging the expertise. Project management was designed to help the business leaders do just that. Enormous projects are often called programmes, divisible into multiple projects. The projects, in turn, can be broken down into smaller sets of activities. These are further dissected into tasks, or work packages. Tasks are assignments for a person, equipment or a facility (department). Project management techniques are applied to planning and managing activities at all such levels.