Mile stones of Human developments are marked by distinctive technological innovations that have given very competitive advantage to several fields. These through wide range of applications changed the course of developments. 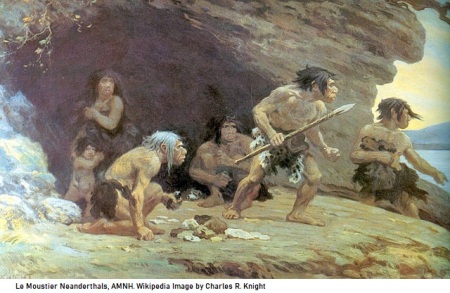 Mile stones of Human developments are marked by distinctive technological innovations that have given very competitive advantage to several fields. These through wide range of applications changed the course of developments. History of prehistoric times is perceived in terms material related epochs. The era defining phrases such as Stone Age, Bronze Age, and Steel Age, are material related classifications. These distinctive material phases would not have happened without the fire, the most important of all conversion processes. Fire has been the mother of all the early processes of change. Cooking food with fire was the earliest conversion process. It showed the way to turn clay into ceramics. Conversion processes without the use of fire were as useful, such as agriculture, domestication of animals and construction of an abode.

Lighting a fire by Friction

Later periods of history, however, are recognized by different categories of technological achievements. Some of these were Deployment Technologies. A deployment technology shows how to things are formed, assembled, combined, handled or managed. Methods of joining, amalgamation and fabrication helped one to take up risks associated with new conditions and move from speculative conditions to guaranteeing the performance. It forced man to realize that it is advantageous to accept innovations, then to waste time and effort in fine tuning the current technology. Deployment methods are required to scale-up the experiment into an application of wider implications. Deployment methods have been used in executing extra ordinarily large structures like Dolmen or Stonehenge. Gothic structures rationalized the use of materials. The deployment methods were learnt from the nature which later developed in Bio-metric. Wherever large deployment of resources by Humans occurs such as building sites, large human settlements, war zones, areas of natural calamities and diseases, recovery and reestablishment efforts were inevitable. These locations and structures thereon had to be abandoned wasting geopolitical advantage, or resurrect them by expending afresh. These Termination Processes (and reestablishment) were very important human opportunities requiring a rethink on relevance of technologies. Such opportunities were once considered unpredictable but modern day activities are planned with concerns like reuse, conservation, preservation, recycling, safe-disposal, cost-benefits, sustainability, etc. World war II and later space travel offered challenges for new materials, products, ways of doing things and perspectives of concerns. Some of these are listed here: Miniaturization resulted from efficiency concern for mass-weight resulting in energy savings. In certain circumstances the loss of the second (width) and third (depth or height) dimension makes an entity of nearly zero mass such as in embedded transistors in a printed circuit, CCDs, metalized film, etc. Miniaturization has eliminated moving parts and has allowed distributed control systems. The distributed controls create components and subsystems that are replaceable. Regulated processing conditions the response time, and in many circumstances recovery time. These technologies were used in controlling the reverse action, bounce back or impact absorption, but are used in transfer systems such as elevators, walkway, conveyors, controls for gadgets, vibratory conditions, acoustics, climate control, etc. It was once upon a time based on simultaneous or synchronous movement control, such as a turning shaft moved several sub systems through belts, sprockets, gears and levers. This is now a distributed control system with thyristor resulting in nearly a no-movement device. Convergent technologies combine several time and space relevant technologies. There is an inherent sequencing of processes or layering of applications. It begins as add on technologies to existing systems as and when these are realized or become viable. But soon enough someone somewhere innovates an integrated solution that has the efficiency of integrated working, fewer components, and a compact design. As these are offered as a fit-in replacement, so obviously have a neat and self-sufficient form.

Space vehicle technology that is being absorbed in automobiles

Space Foods getting into homes

Cross over absorption of technologies has become possible due to wide spread information dissemination. Innovations in a field have more takers in other fields. Space travel innovations have been very extensively adopted in life sciences, fine chemicals and agriculture. Advances in Bio-science have inspired builders to design bio-metric architecture. Digital imaging, remote sensing and global positioning have collectively opened many new avenues of knowledge. Miniaturization has brought in drones, bugs, spiders not just espionage tools, but monitors for conditions inside the body, pipes, atomic reactors, mines and architectural models. These are some examples how different technologies overlap to generate a new entity, which in turn is employed in never conceived form. A technocrat needs to be aware of emergent technologies in other fields. Otherwise by the time these percolate to their own fields, the developments out-date them.