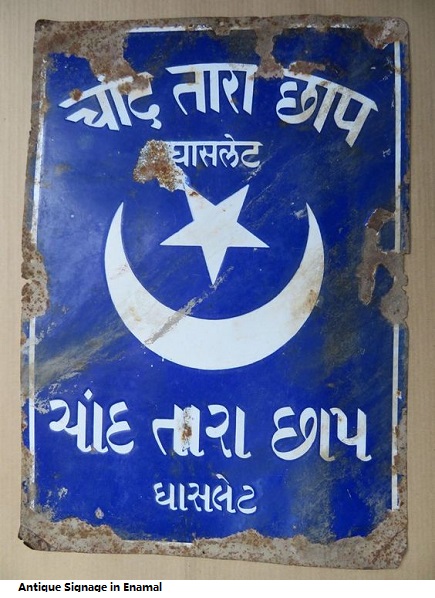 An enamel is the hardest substance in the human body, in the form a cover on the teeth, consisting chiefly of calcium salts. Substances similar in hardness were produced through a glass-ceramic route. The word enamel derives from smelting or smelzan (German) or smalto (Italian), email (French and German), and enamel (English). Smelting as a process is very old, used for extracting metal by heat processing the mineral ore. Enamelling uses similar processes of material conversion.

Enamel, is defined as a vitreous, glass like coating fused on to a metallic base. Through the history, enamels have been applied on gold, silver, copper, bronze and iron surfaces. The term is also used for many other applications that provide tough and a glossy surface such as the fusing of glass over glass, fired ceramics, and paints.

Enamel is formed from substance known as flux, frit or fondant. For enamelling the paste consisting of mixture of silica (from quartz or sand), soda or potash, and lead are deposited on to metal objects such as jewellery, small metal boxes, utensils, ceramics or glass, and fused by heat. The resultant surface is chemically identical to glass or highly vitrified ceramic, almost clear, with a slightly bluish or greenish tinge. The surface can be made opaque and coloured by the addition of other metallic oxides. When the temperature to fuse the materials is very high, the enamel formed is hard. Soft enamels are easy to produce and are more conventional.

The brilliance of an enamel depends on the perfect combination of its ingredients and temperature. The colour is achieved by a change in the proportion of the ingredients of the flux than by an increase in quantity of the oxide. The earliest known enamelled objects were made during the Mycenaean period during 13th C BC. Since then through history jewellery had applique colours of enamels. Arms’ handles and armour cases, mirrors, furniture handles, decorative dishes and bowls were embellished with enamel. Ceilings’ and doors’ metal panels were enamelled. Religious ceremony items such as cups, bowls, caskets, crosiers, were enamelled. Dials of table, pocket and wall clocks were adorned with enamelled numbers. In India jewellery and small boxes were enamelled, known as Minakari work. 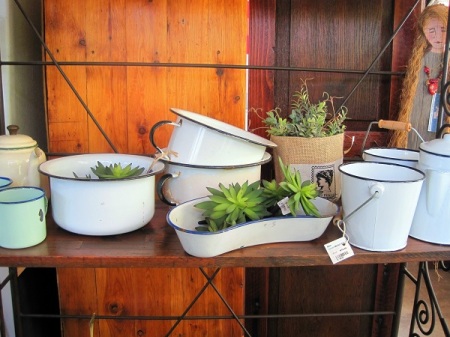 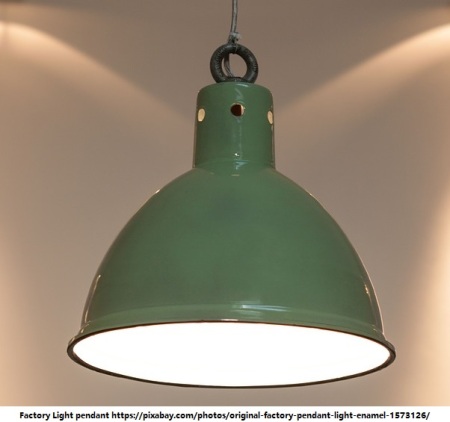 With the onset of 18th C., Cast iron vessels for home and other uses began to be used. These enamelware were with little colour or patterns. The vessels with white enamel coating were known as white-ware. Hospital-ware such as gandy, urine pot, kidney tray, instruments’ tray, camping-ware and army-ware like tumbler, bowls, dishes, and public signages were made with enamelling. The white vitreous enamel linings, was also called porcelain. It was used for lining cooking stoves tops, oven doors, sinks and washbasin. There are two main methods of applying enamel to metal. Champlevé, in which hollows made in the metal surface are filled with enamel, and Cloisonné, in which strips of metal are applied to the metal surface, forming cells, which are then filled with enamel. With these two basic methods Six types of enamelling techniques have developed: These are Champlevé, Cloisonné, Basse-taille, Plique-à-jour, Encrusted, and Painted enamel.

1 Champlevé (French= raised field) enamels are done by scratching or etching a metal surface, usually copper, leaving hollows or troughs with raised lines between them. The hollows are filled with pulverized enamel and then fired. The hard-finished enamel is subsequently filed down until the glossy surface and the metal surface can be polished simultaneously, with crocus powder and jeweller’s rouge. 2 Cloisonné (French= partitioned) processes, uses very small partitions, or cloisons, consisting of thin metal strips, built up on the surface of the metal. They may present a pattern and are fixed to the surface by the enamel. The Cloisonné technique is usually applied to silver, although gold or copper may also be used as bases. Cloisonné techniques originated in 4000 BC.

3 Basse-Taille (French= low cutting) process is a kind of Champlevé but is applied to silver or gold. The metal is engraved or hammered to various depths according to the design. The depressions are then filled with translucent enamel, through which the design beneath it can be seen.

4 Plique-à-jour (French=open braids) enamelling resembles cloisonne, but differs from it in that the partitions are soldered to each other rather than to the metal base, which is removed after firing. The remaining shell of translucent enamel gives the effect of stained glass. Plique-à-jour enamel is exceptionally fragile because it has no metal base.

5 Encrusted Enamel or enamel en ronde bosse, involves the spreading of an opaque enamel paste over the slightly roughened surfaces of objects such as small figures.

6 Painted Enamels resemble small oil paintings. A metal plaque is covered with a layer of white enamel and fired. The design in coloured enamels, is then applied to the white ground, by painting, spraying, screen printing, or block printing, separate firing may be required for each colour because each may fuse at a different temperature. Painted enamelled miniature portraits were popular in Renaissance period.