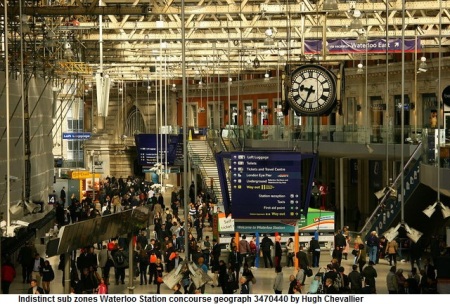 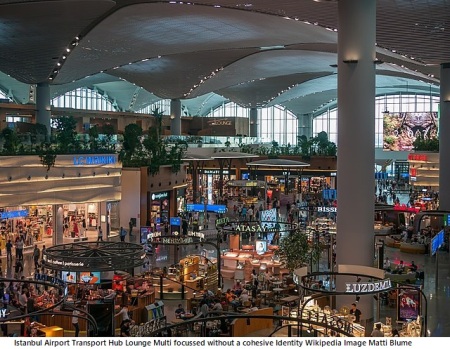 Spaces are characterized by the activities occurring in it. The activities take the domineering position for the time slot, and so have a natural tendency to be singular and focal. Multiple activities in the same time slot do not have specific spatial character, unless the space is well segmented.

To remain relevant and focused the main activity of the space, must remain at the core zone of the space. In other words the main activity must stay away from the peripheral zones. The peripheral areas of the space are vibrant due to strong external effects. The strong external bearing can be curtailed by opaque edges. The core area, to retain its consistency begins to shift towards the protected edge. The shift to the edge may also occur due the architectural form of the space, local environmental conditions, overpowering functional needs, available facilities, amenities and enrichments. A dominant enclosure on one or few sides of a domain creates an inviolable shield, an identity of belonging, or a sense of orientation. 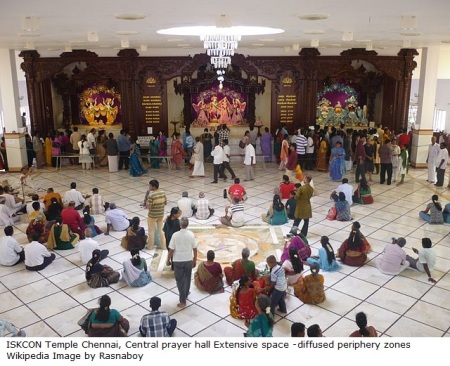 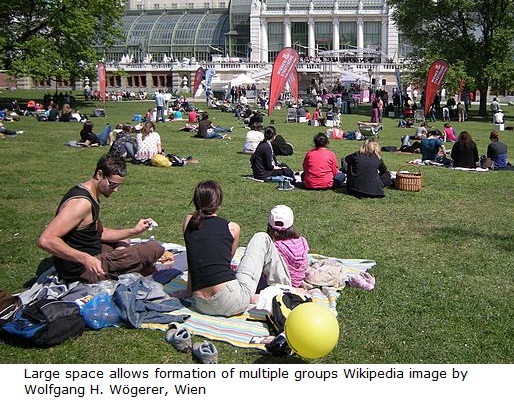 A core zone can be formed by the dimensional and cognition reach extent of the occupants. Such core zones are very personal, affirmed by the user rather than the architectural form. The reach extent scales the domain space. Core zone of a space is a work setting, and so it is maintained free of permanent facilities. Amenities are also pushed to the opaque edge to source, the services like power, supplies, disposals, etc. The amenities in core zones need to be demountable, relocatable, handy-mobile, multipurpose equipments, plug in tools, wireless gadgets, miniaturized appliances and modular in design. Compared to these, the amenities in the peripheral zones are strongly dependent on the architectural and structural systems, and so are static. 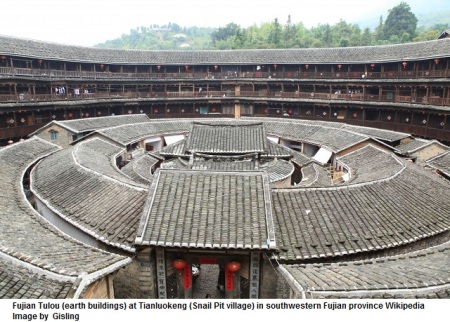 Historically a core zone of the ‘Home’ was the ‘hearth’ (literally meaning a focus). It was considered safe, intimate and interactive for the family. The hearth was created often without any abutting elements like the cave wall or a rock face. The ambit of the core zone was determined by the climate, the scale of the space, number of participants and level of interaction, and the degree of personalization required. There was only one such zone in the dwelling. The home in charge -the mother was master of the core zone. Her role and presence had become so obvious that ‘the hearth, the mother and home’ were synonymous. In tribal and aboriginal homes the core area is a female domain. The core zone was the natural center of metaphysical spread, ‘the home’, as much as the mother was de-facto guardian of culture. Today, however the hearth is not an inevitable element for safety, security or comfort. It is the quality of barriers and other gadgets that provide this. Dwellings now have many sub domains each belonging to an individual, smaller group, or configured for a set of tasks. Very few activities of the family occur at the one place and are scheduled in the same time slot. But the family members do share a lifestyle developed through metaphysical markings like beliefs (customs, taboos, etc.) and the metaphoric means. 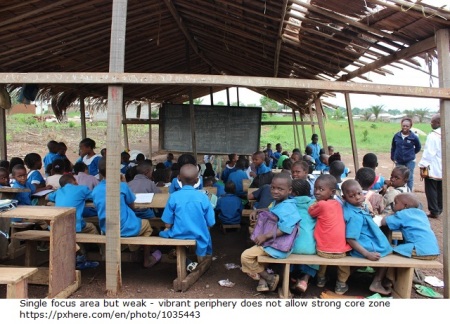 Multiple core zones occur in very extensive domains. Such domains have weak central command and so allow formation of groups. The groups separate out primarily due to needs like physical accommodation, need for social intimacy and reach of communication. The groups may not seek a distinct territory or qualitative space segment. However, frequent such occurrences, show the existence of multiple qualitative space segments.

Arab tents had dual core areas within the basic form of the tent, one occupied by the women and used for main cooking, and the other half is used by men and for preparing coffee, etc. These two sections are divided by a mass of stored elements, such as mattresses, floor spreads, etc. The side flaps of the tent are stretched out to create peripheral zones of various sizes. The stretched width and the angle of the flap are conditioned by the sun’s position, wind direction, nature of tasks to be conducted and the need for privacy.

Cooking and dining once (and still do in many societies) belonged to a single core zone, but were separated as two concurrent core areas. These two core areas were further separated by a pantry area that was a peripheral zone to both. Entrance is buffered by a lobby, foyer, entrance hall, or vestibule from other sections of the house. Yards, verandahs, porches are used to separate out the building from the street. Small or one room, houses have multiple core zones. These zones exist in terms of activity space spreads, which often overlap in time. The multiple core zones match the space layout characteristics, such as four corners, the area near the door or window, the area abutting the wall, the axis formed between two opposite side opening. Traditional Sarai rooms are two and half man width = 5 Mts or 16.5 Ft. This allows two families or their men or women to occupy a side. The depth of the room is of less important.

One thought on “ZONING of SPACES”