A classical ceiling looks fairly a complex entity in a design history books, and a virtually inexplicable element in a real encounter. The knowledge about such constructions of ceilings is relevant for restorers and may not be used by a modern-day designer. The process of creating a complex entity is a learning for any designer.

It usually is made of elements that are un-classifiable into roof-floor underside, ceiling, wall, sides of openings, parts of cabinets or a curtain system. A classical ceiling is a product of years of evolution, where budget was never a concern. Delivering an exclusive solution was necessary for the designer or crafts-person to survive in the field. 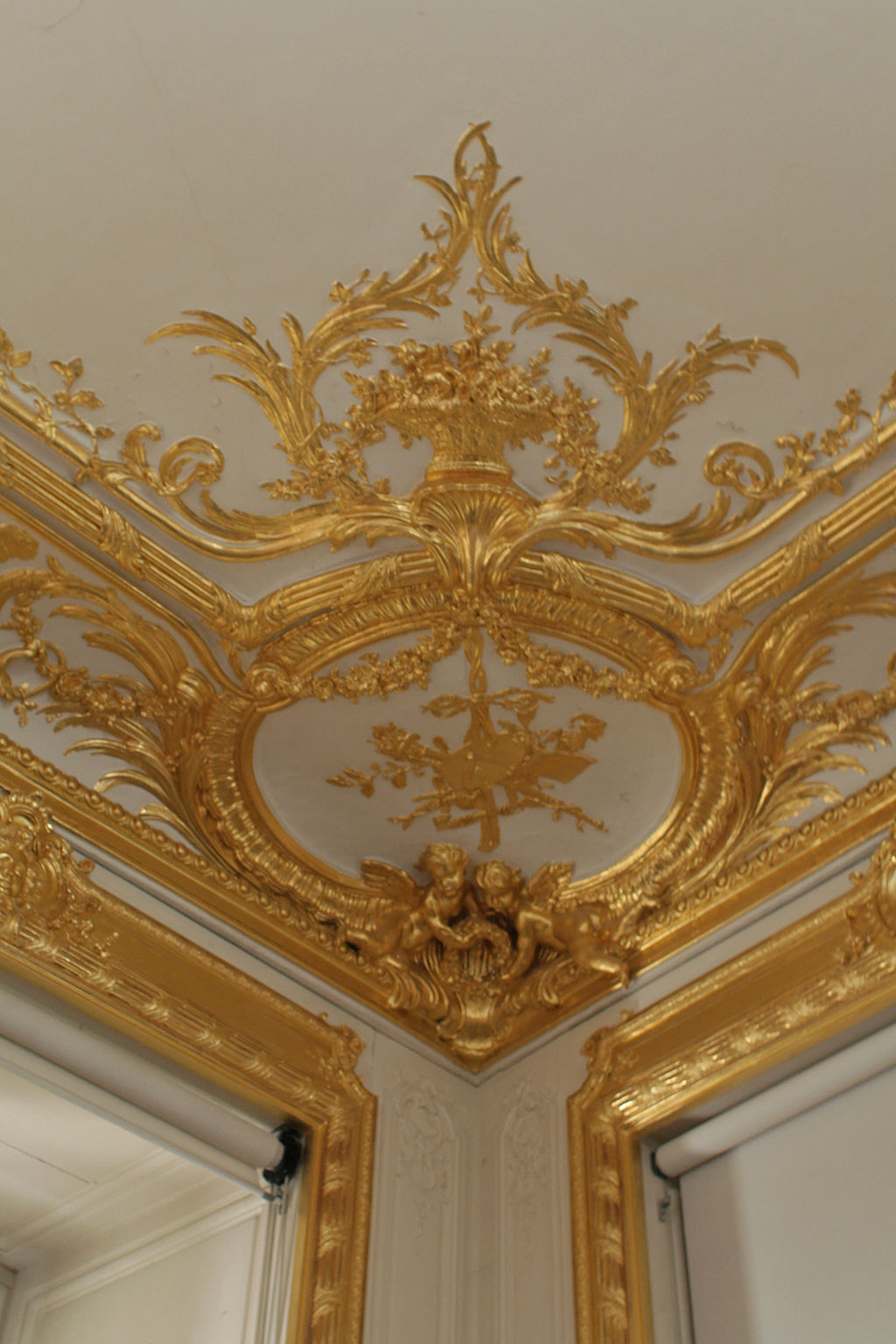 Classical ceilings seem very complex due to integration of numerous elements, and surface treatments over them. Both of these created a seamless form. The ceiling and the peripheral elements such as furniture placement, flooring, illumination, were well matched. The job took several months to years, allowing improvisations, corrections and fine tuning of details. The designer was working with a time-tested style and knowledge of proportion, scale and modulation. 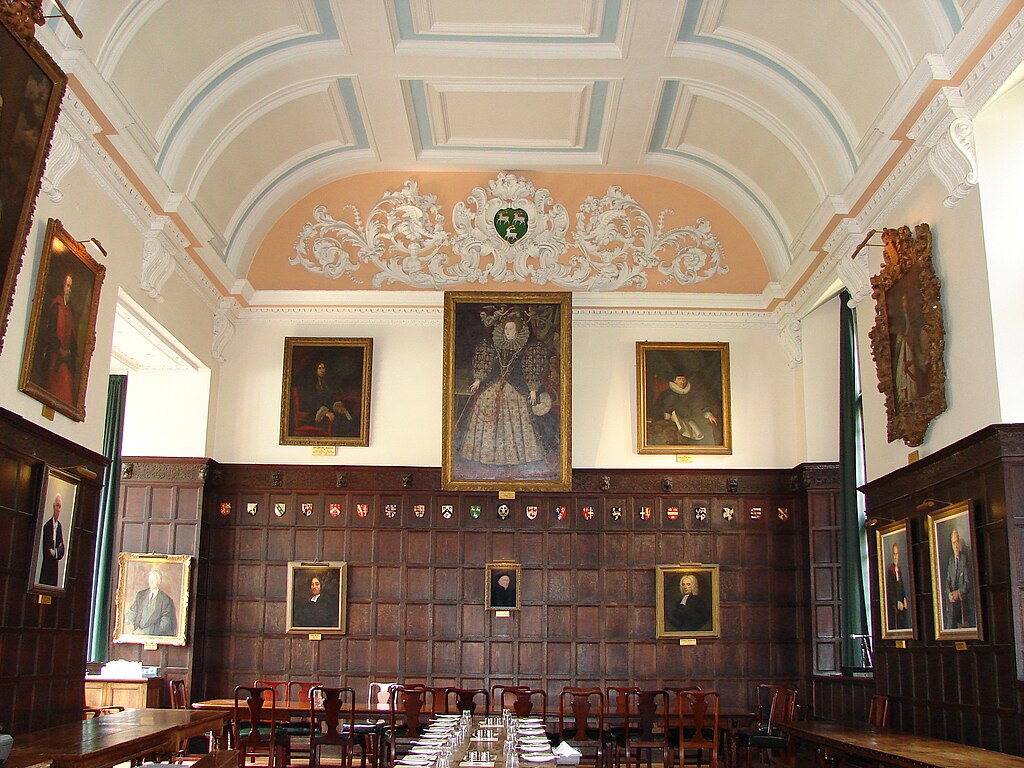 Materials were lathe and plaster of mud, lime or gypsum. These were first shaped to the required form, and super covered with cast gypsum boards. These boards had articulated geometric, floral and other bold textured designs. The total sense of integration was so acute that designs of tapestries, flooring, painting frames etc. as “cartoons” (dummy full scale replicas on paper) were reused for ceilings and other purposes. 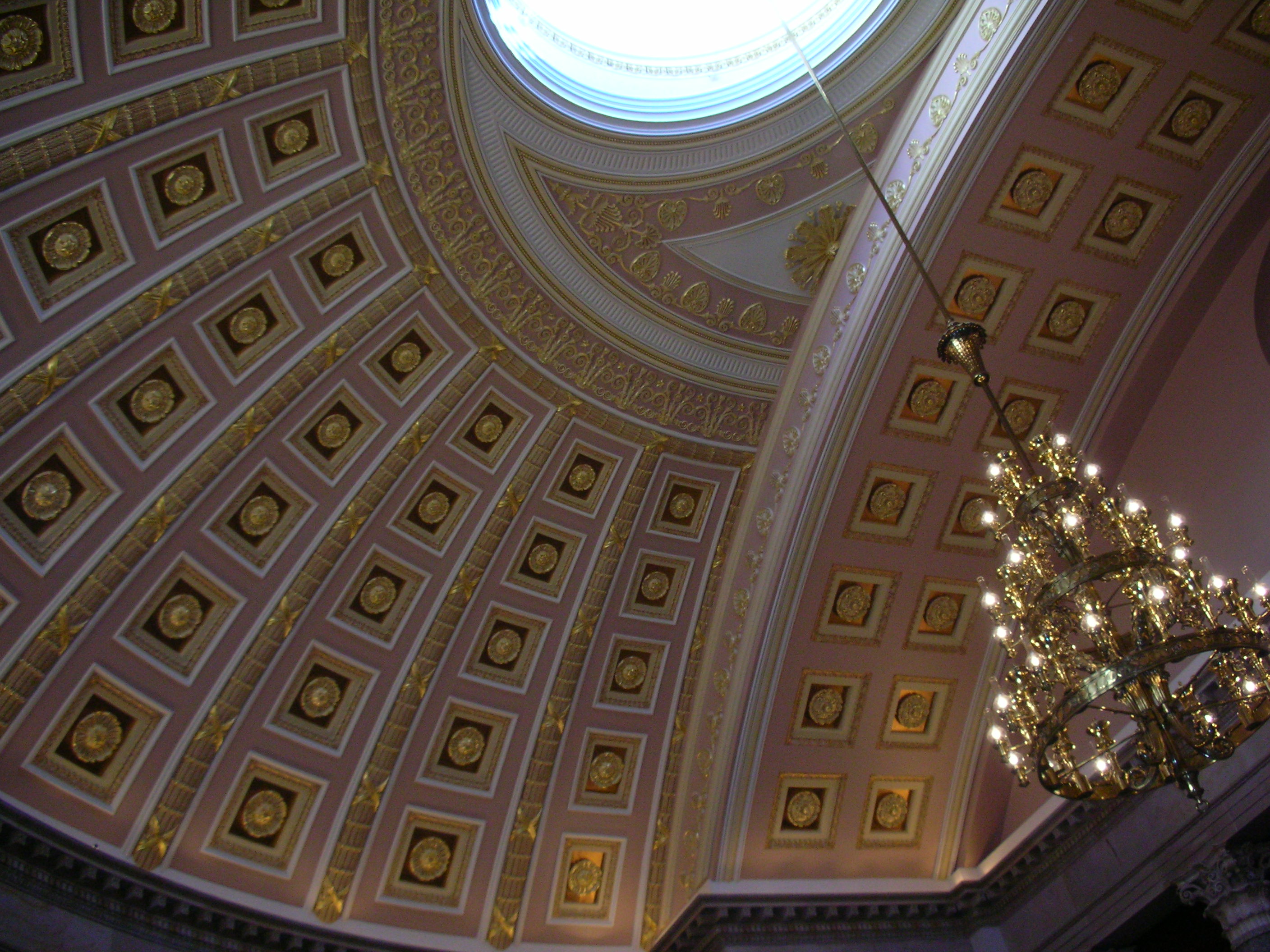 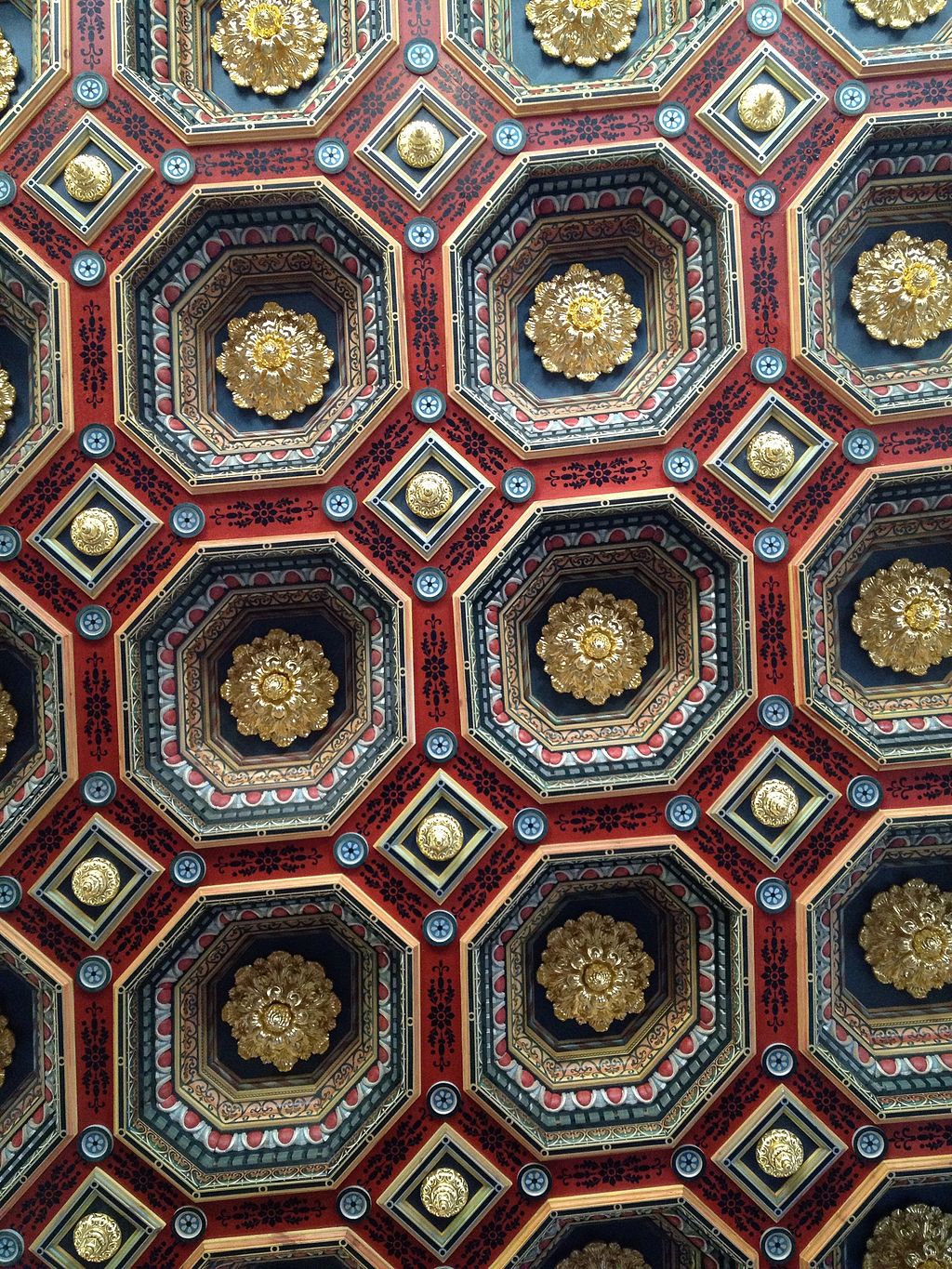 Some of the important features of classical ceilings are:

Coffers are square, hexagonal, octagonal or circular sunken panels in ceiling, soffit or vault, with strong joists like members.

Panels are unitized members in ceilings in the form of straight, singly or doubly curved members. Panels are plain or texture moulded, cast and installed or formed over the ceiling structure. Panels help repeat a pattern and reduce cracking over age.

Moulded bands occur as top of the openings and wall elements (fire places, alcoves, cabinets). These are narrow elements that endow strong horizontal character. A moulded band could be very extensive almost touching the ceiling cove (a curvilinear member at the junction of wall and ceiling) or forming the cove itself. Cove band also form the bottom of a shelf that gives a floating effect to the ceiling. Cove bands are treated with mouldings or traces. Moulded bands have repeat designs bordered with fluted veins or a fretted design. 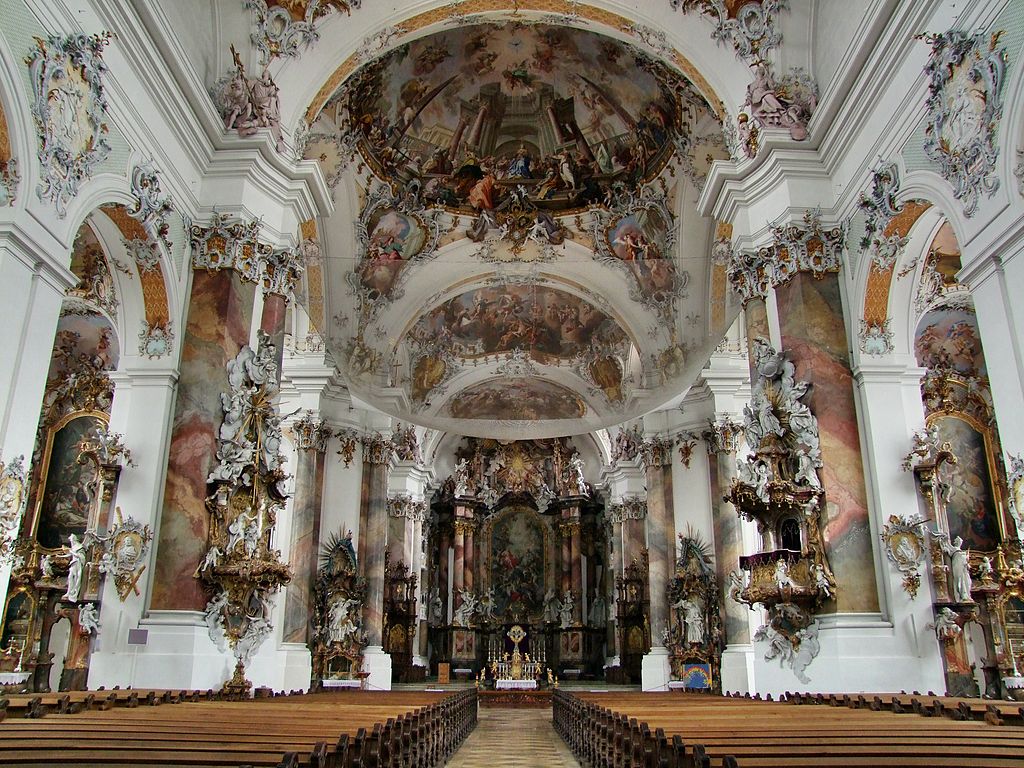 Cornices are ledge like bands that are placed atop a wall or its panelling system. Cornices are projecting or cantilevered features, fairly articulated compared to cove bands. Cornices occur at wall junctions, and have inset crests, emblems, designed blocks or mould stripes. Cornices are curved or mitred joined at corners.

A Finial is nominally placed on terrace corners or over supports of railing, but Hung Finials are placed at corners of the room ceiling and in intermittently in passages as distraction element.

Cresting are arrows or pointed toppings on architectural parapets of masonry or cast steel. But in ceilings these are used in upside down form as Hung cresting forming bottom decoration of ceiling or its of mouldings.

Bolection is series of raises or projections over linear elements. Its origin is believed to be Triglyphs and Metopes under the Roman exterior cornice.

A Plafond is French for a ceiling. Plafond is a flat, vaulted or domed ceiling, with some pattern, formed ornamentation or depiction of a story. It is a 17C French word, from plat (flat) + fond (bottom). It may have originated from Latin fundus (bottom). Earlier usage of platfond are, plattus / platys + fond-background. A plafond is an architectural provision to show skies, upper floors, or a skylight. Plafonds were popular ceiling features in tall state rooms from 17 to 19th C. This created illusive bright aeriform upper space to contrast with the heavy occupation on ground. It added illusion of a break in the ceiling. It was viewed from a distance so scale and figurative both were manipulated and exploited to add many things in a small extent.