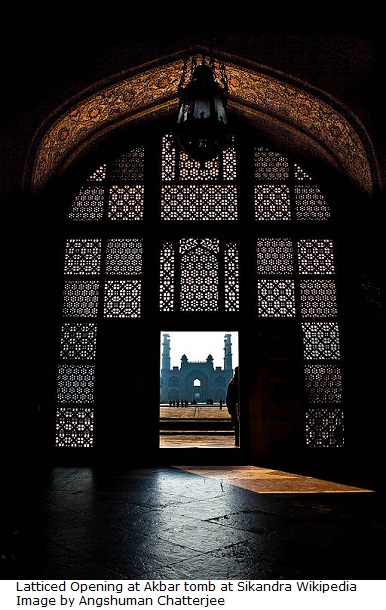 Openings systems like gaps, doors, and windows are see-through entities. These are transit routes for many purposes. The openings are framed and masked with supplementary elements to doctor the transition taking place. The transitions to be proctored are two-way of people, other beings, goods, illumination, view, privacy, air-ventilation, moisture, rains, snow, dust, smell, noise, etc. Other purposes include, imposition of patterns, grids, proportions, contrasts, styles, make or break monotony of compositions, create or diffuse focuses.

Framing is distinct from Masking of openings, though at some level they assimilate to serve the similar purposes. Framing is an obvious characteristic of an opening. Openings have their sides and mid members within the view cone depending on the point of observation. In high-rise buildings where an exterior surface is formed of many and extensive windows framing of openings in a coordinated grid and may follow the discipline of the structure, or ignore it, and mount a false facade.

An opening or a gap, be it a natural one or formed into built-form, has an implicit frame. The frame is defined by the strong surroundings, and through the depth of the gap or passage. For framing, natural openings have only sides and no head, but in built form openings, the head and threshold, both are as essential as the sides. Framing delineates an opening. Gates have dominant bastions to frame its importance. Egyptian temple doors have abutting pylons. Gothic doors are framed with several layers of receding serrations. The frame not only delineates an opening but enhances its size manifold. Fatehpur Sikri Mosque, India, has a real entry door of human scale, but that has been framed by very large portal. Architraves, borders, trims, casings, beading and masonry elements such as pilasters are used to reinforce the framing. 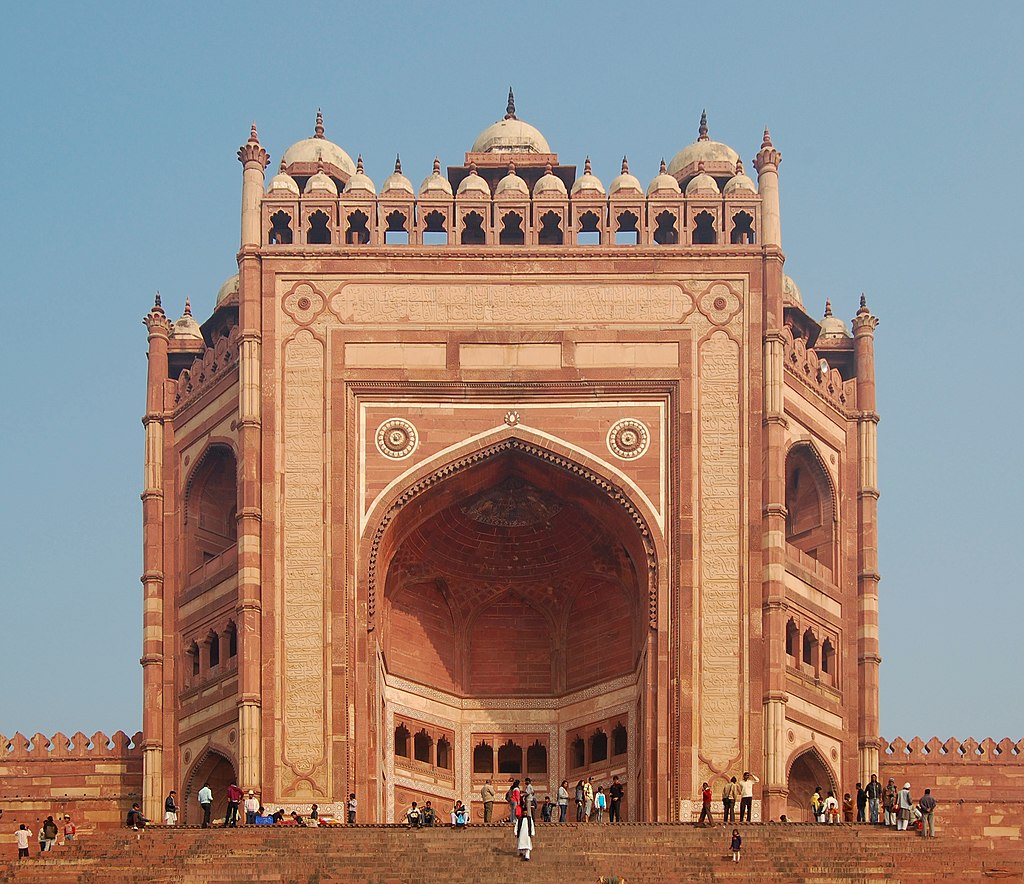 Framing effect of opening is enhanced by highlighting the depth-sides. The sides are fluted, serrated or panelled, vaulted or chamfered to increase the surface area. The opening structures such as the frame are placed either on outside or inside the edge to increase the effect of bounding. The exterior niches get enhanced due to deeper shadows in locations where Sun is usually bright. Interior bays must be matched with interior space making elements. Strong interior bay of openings disturb the wall mural painting. Interior alcoves in clerestory openings are not preferred as these arrangement forms highly articulated an interior surface, often diffusing the importance of architectural elements like domes, vaults, etc.

Openings are framed to capture, enhance or specify a view, both outside and inside. The framing here works like a mask to mould the view. Nominally a landscape has three horizontal segments, consisting of view down of terrain, straight taking in the horizon and upwards capturing the sky. These three are modelled in the opening gap by way of actual framing or metaphoric clues. View-out presents a wide spectrum, and to model it from an interior focal point is difficult for modelling or framing, however view-in a fixed and narrow scene, framing is easier, provided in-view is brighter like of Chowk or courtyard. 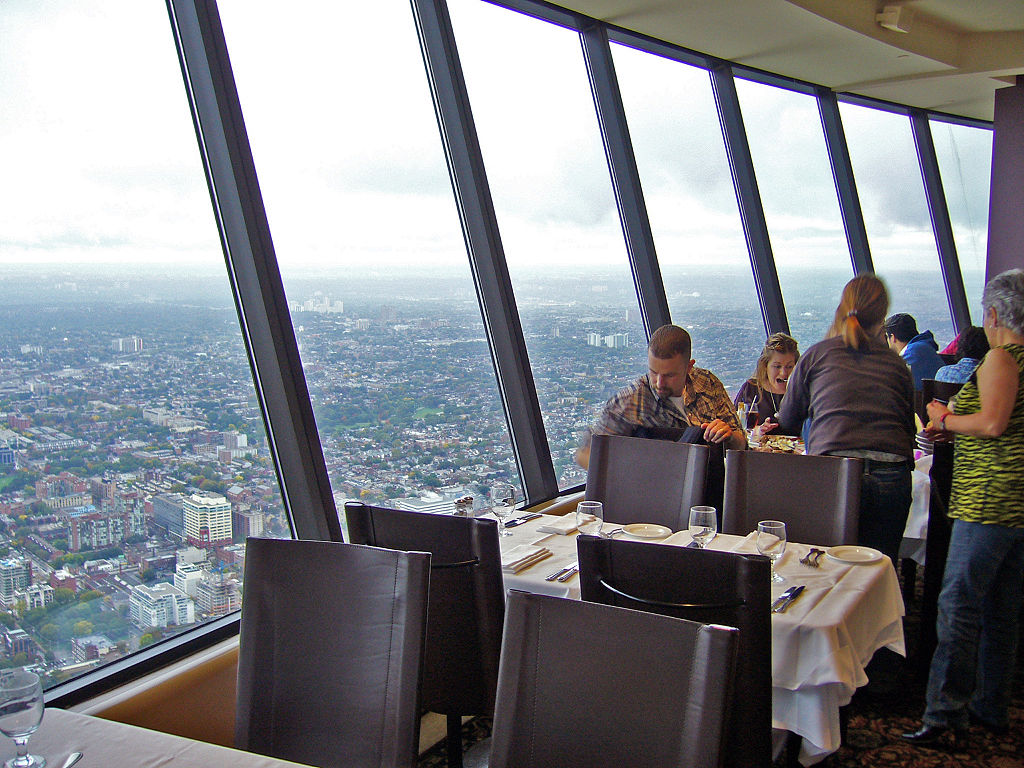 Inside the 360 Restaurant in the CN Tower Wikipedia

3 thoughts on “FRAMING of OPENINGS”