Black is ‘no colour’, as it represents the absence of light. Black is the lack of all colours of light, or an exhaustive combination of multiple colours of pigments. It is opposite of white and often represents darkness in contrast with light. Blacks has its origin with fire or its residual product charcoal, ash and deposit as ‘Lamp black’.

Old English blæc =dark, is from Proto-Germanic > blakaz =burned. Etymologically Surprisingly other cognates of ‘blac’ include: Blæc, Bleak, Blake, Bleach, Blanch. Black can be traced back to ancient Greek phlegein =to burn, scorch and its proto Indo-European origins through ‘bhleg’ =to burn with black smoke or to burn black with smoke. ‘Bhleg’ was incorporated into Old High German as ‘blah’, Dutch blaken =to burn. 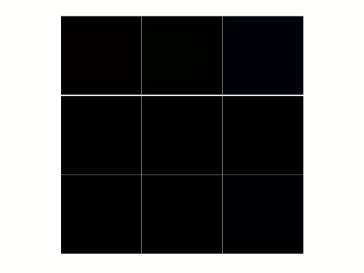 Black colours are not all equal Black, some are slightly bluish, reddish, and so on. True tinge can be seen on diluting it with white

If BLACK (Blæc) > burning bright, or burning, burnt, blackened by burning, pale, wan, colourless, or albino. The associated word (to Blæc) was BLEACH > burning bright, bright and shining, make shining white. So Black is associated with shining white. In Middle English the word was spelt as “blaec (Blæc)” same thing as the modern word ‘black’, only at that time, around 1051 AD, it still meant a fair skin, or so-called white person. 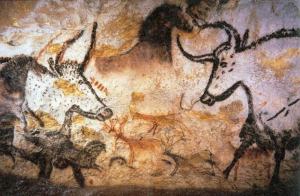 The Ancient Greeks sometimes used the same word to name different colours, if they had the same intensity. Kuanos’ could mean both dark blue and black. The Ancient Romans had two words for black: ater was a flat, dull black, while niger was a brilliant, saturated black. Ater has vanished from the vocabulary, but niger has come to country name Nigeria, for Nigger or Negro in English and for black in most modern Romance languages (French: noir; Spanish: negro; Italian: nero). Old High German had two words for black: swartz for dull black and blach for a luminous black. This distinctive usage also occurs in Middle English, swart for dull black and blaek for luminous black.

It was in 16th C the semantic broadening of Black occurred, both figurative connotations as well as literal. From ‘blacken’ and its literal meaning ‘to stain black’ came the figurative meaning ‘to stain some ones’ reputation, or defame’. This incorporation of black was beginning of negative intensifier, and meant malignant, deadly purpose and involving death.

Black has many cognates in modern usage such as for suit of spades or clubs as black, Coffee without milk is black, economic loss as being in black, truth was dilemmatic black or white. Black colour is physically associated with fire, and metaphorically with the night sky. Black is associated with the negative, such as Black market, Black mail, Black list, Black (Fri) day, Black deed, Black flag, Black hole, Black mood, Black fever, etc.

Even though black is associated with fire, it was used even before the fire was used or domesticated. Black was available as charcoal of charred woods of natural fires, ashes, minerals including coal deposits and Magnesium Oxide. Black was one of the first few colours used by artists in neolithic cave paintings. It was used for outlining and for highlighting the image. In neolithic paintings, and later day wall-art Black was used as the contrasting colour to Red, and not the White. What black could cover or hide that weak white could not do, perhaps white, at that point of time was not that intense or opaque. Blacks colours are Carbon, and absorb light, so appear dark in infra-red reflecto-graph scanning, to reveal the starting outlines under the painting.

Carbon black is very ancient Black colour pigment. It is produced by heating wood, or other plant material, in a closed chamber with very restricted supply of air. Carbon black was used, mixed with oil or water. Lamp black is a form of carbon black, but obtained from the soot of burned fat, oil, tar, or resin. Lamp black has varied tinge, soft brownish, bluish, or pitch-black. It is one of the most stable pigments unaffected by light, acids and alkalis. Bone black has bluish tinge, but is intense than lamp black. It is made from charring of bones or ivory. Vine black was produced by charring desiccated grape vines and stems.