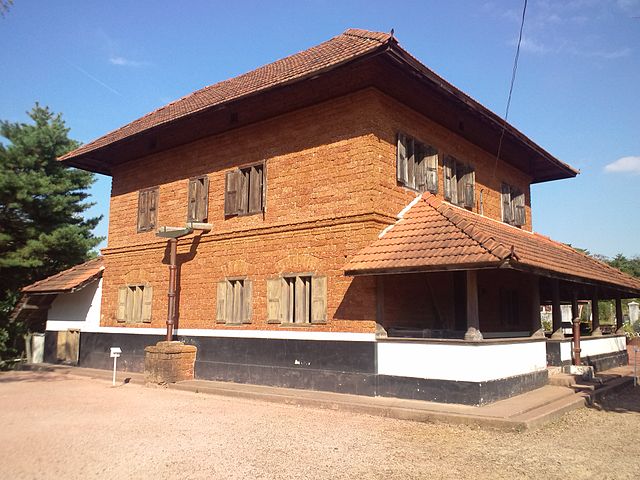 Verandah is an architectural space ‘attached’ to the exterior part of a building, often with its own distinctive roof. Verandah has as many forms, as the word itself has meanings. The origin of the word is claimed to be both of India and Portugal. Some of the popular words for it across the world have been Veranda, Varanda, Verandah, Varandah, Baranda, Barandah, Barmda, Baramda, Barandilla and Varada. It is said that first recorded use of the word was in the journal of Vasco da Gama, voyage to Calicut in 1498. If the root is considered to be var, vara, bar or bara, these have base in both the languages. Sanskrit Var or Vara has several derivative-combinative meanings but Varanga (Var+anga)= best part (of the body) environing, enclosing, circumference, space or room has here very contextual relevance. Similarly to it, in Portuguese the vara is a rod (vaār in India =yard), stick (as in vara do castello,-high part of a castle from which one can see farthest into the distance – a platform -castellated). And Latin vara is a forked pole, structure with divergent pieces, trestle. Spanish baranda or barandilla is an entity with a railing of balustrades.

A less plausible explanation by Ronak Shah at the  > http://justaboutanythingandeverything.blogspot.in/2011/08/language-thief.html is word derived as a culmination of two Bengali words baahir =outside and andar =inside which together meaning ‘something that is considered outside, but situated inside a room or covered area‘. This explanation is wrong on the count that in Indian languages, A precedes B and D (both meaning second), such as Ek-Do, Ekai-Duhai, Ek-Be, etc., and so andar-baahir is better precedent than baahir-andar.

Antaravedi a word generally used for land between two rivers (doab) has also been mentioned by Hemchandracharya (a dictionary maker of the 12th C) in terms of a structure resting on columns. Is a territory between two rivers -an Antaravedi signifies some metaphoric connection to a verandah -a place between outside-inside? 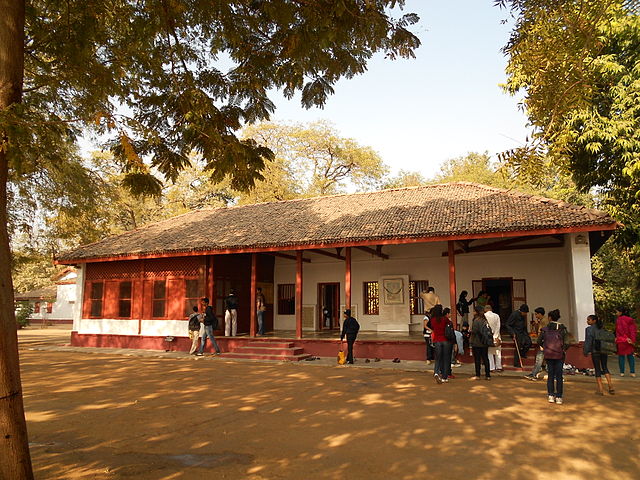 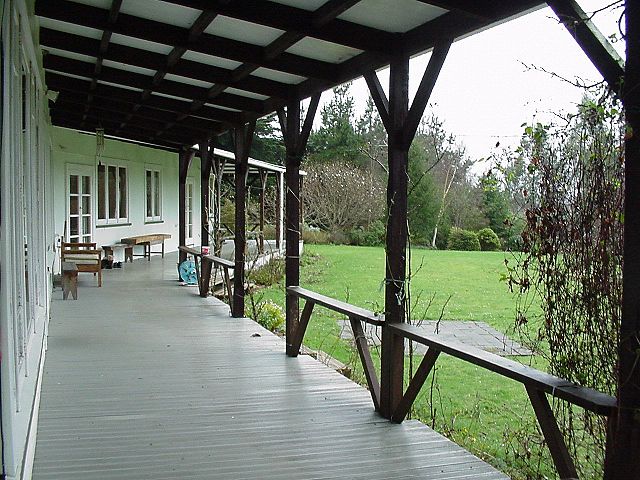 Verandahs have been lively spaces across warm, humid and moderate climates of the world. From India and Portugal its functions have been formalized into many architectural styles. It has been formed into a ‘lean-to shed’ to stretched galleries on the front, sides and back of the buildings. The buildings have been houses, hotels, resorts, farm houses, clubs and commercial ones. The verandah has spread its shade to British, Portuguese and Spanish colonies and places of migrations, in India, SE Asia, Australia, West Africa and Americas.

Winifred Rawson nursing her son on the verandah of The Hollow. French doors from the sitting room open onto the verandah. Wikipedia image Author Edmund Rawson

Barbara Brooks1 has very aptly described her experience of life with verandahs as –“We ate, slept, received visitors, partied, told stories, grew plants, checked-out the weather and the neighbours, and daydreamed on the verandah. / Verandahs were part of my childhood: the kids played on the verandah when it rained,the men stood on the verandah to look at the sky and predict the weather, the women threw washing up water over the verandah rail to water the garden.” – (1) In Search of Verandahs by Barbara Brooks University of Technology, Sydney, Creative Practices, Faculty Member.