During its passage through the space, the solar radiation loses little energy, but on entering the atmosphere it encounters molecules of gases, liquids and solids, Ozone and water vapour. These absorb radiation, but are affected by different sections of the solar spectrum. Ozone absorbs ultraviolet radiation, having a profound effect on the development of life. Water vapour absorbs an infrared sector. Gases and suspended matter disperse the incident solar radiation, into multi-directional radiation, some of which passes back to the space. In the visible spectrum the blue light is scattered to a greater extent than other wave-lengths, resulting in predominantly blue sky. Scattering by suspended materials is termed as diffused selection. The amount of scattering that takes place depends on the size of the particles, particle density in the air and the distance radiation travels in the atmospheric layer containing particles. Sahara dust storms can reduce the solar radiation transmission by 30% and causing a fall of 6.0C. 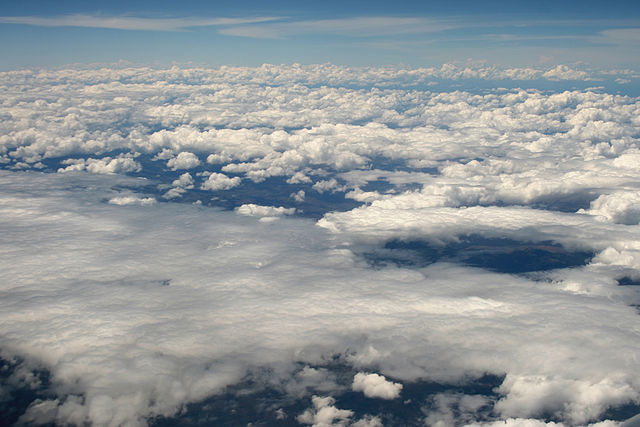 The upper surface of cloud is a good reflector of solar radiation. The amount of reflection depends on the degree of cloud cover, type and thickness. A dense cloud may reflect 50% whereas a heavy storm cloud may reflect 90% of the radiation. If there is persistent cloud cover, as exists in some equatorial regions, substantial part of the incident solar radiation is reflected back to space. Water surfaces have low reflectivity (4-10℅) and so are very efficient in absorbing. Snow surfaces, on the other hand, have high reflectivity (40-80℅) and are poor in absorption. High-altitude desert regions absorb more solar radiation because of the reduced effect of the atmosphere above them. The radiant heat received at a place or in a situation is related to the location latitude, altitude, cloud cover, and seasonal / hourly angle of incidence.