Pewter is a metal alloy with Tin as the chief constituent. Pewter denotes a vast array of alloy-compositions of many different metals in various measures. Pewter metal of the ancient times contained about 70% Tin and 30% Lead. Both were known as distinct metals since 3000 BC. (Tin shows a chemical similarity to the periodic table group-14 element -the lead). Pewter has been preferred material for craft and utility items, mainly due to its low melting temperature, and the fine finish, it offered. Pewter with high lead content, offered a shining but tarnishing black metal that darkened further on aging. Primitive pewter with lead was hazardous for food storage. And as a result the composition pewter has seen many changes, with efforts directed towards eliminating the lead. 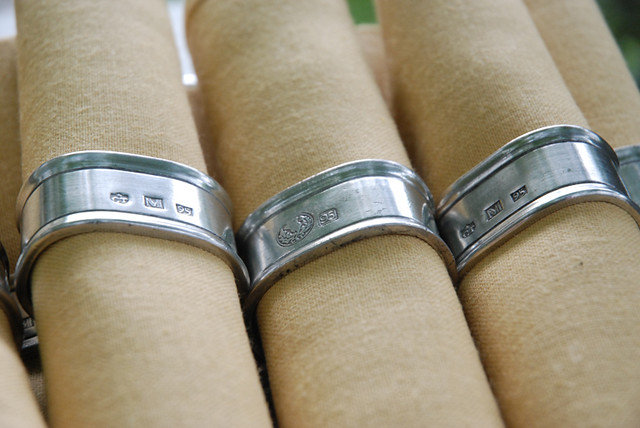 Pewter as craft material offered certain advantages such as: low melting point, malleability, ductility, easy workability and highly crystalline silvery-white surface. Pewter can be crafted by cold-working, as it does not cause hardening like other metals, which often requires annealing. Pewter items are usually cast, and then further finished by hammering, turning on a lathe, burnishing, and sometimes engraving. Pewter alloys were rolled into sheets from cast blobs. Such sheets could be shaped, deformed, spun and welded with tin. The presence of tin provides affinity to all embellishing crafts metals like brass, gold, silver, etc.

Romans used pewter utilities like cups, plates, dishes, etc. and medallions, rings, armlets, etc. But the use diminished due to lead poisoning. Use of tin with natural ‘impurities’ like bismuth, antimony, copper and silver was known but not clearly understood. Pewter utilities never formed cooking vessels as tin and lead had low softening point of temperature, besides an increased health hazard of lead. Pewter, in spite of its easy workability was primarily a utilitarian metal, and less exploited for its ornamental capacity. Pewter work finished like silver, and was passed off as silver. It was used where precious metal items were too expensive and theft prone. In the 11th C poor churches began to use pewter in place of silver items. Lower classes across Europe, were still using it for eating and drinking. Trade guilds in the 12th C in France and elsewhere began to control the constituents of pewter.

By 15th C, the Worshipful Company of Pewterers began to standardize pewter. The first, known as ‘fine metal’, with tin and copper, was marked for tableware. The second, known as ‘trifling metal or trifle’, with fine metal and 4% lead, was designated for holloware. The third, known as ‘lay or ley metal’, with 15% of lead, was meant for non food or drink utilities.

Modern pewter is without any lead, but with about 91% tin, 7.5 % antimony, and 1.5% copper. Alloying materials like antimony and bismuth make it more durable. The surface of modern pewter is bluish white with soft satin to high sheen finish. It resists tarnishing, while retaining its colour and finish. Without any lead, it is safe for food and drinks. Britannia metal consists of tin, antimony, and copper.