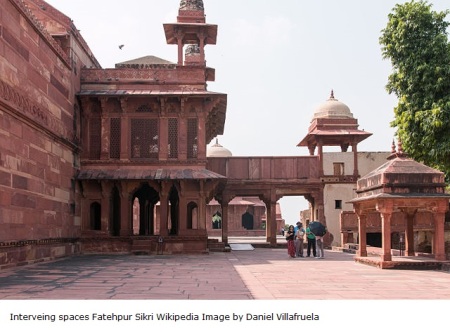 Interventive spaces are issues of design, as these intervene or interpose in situations or circumstances. The interventions enter or appear, as relevant or irrelevant, intravenous extraneous, features or engagements. The interventions in a space, with an object, natural entity or a being, manifest new space segments. These new segments are intentional as well as circumstantial. The new segments nominally extend to the domain edge, and where such edges are notional, their extent is infinite. The infinite extent is due to the transgressions occurring through the sensual reach like visual, audio, smells etc. The original and the new space segments may not be of the same domain but have primary relationships with the domain edges, and secondary connections among themselves.

‘You see my five fingers, but somebody can see the five gaps between my fingers. Ordinarily you will not see the gaps, you will see five fingers. But the gaps are more real: fingers may come and go, gaps will remain’. –Osho Rajneesh -The Great Pilgrimage from Here to Here.

For spatial or temporal intervention to occur, there is need for presence on two or more ends. A gaps exists only as mid segment.  For two ends to have a meaning the mid space or time gap must have scale, derived from the ends. The space or time gap as a mid segment may not exist in reality but can mark its presence through memories or metaphorically. If the gap is too wide in proportion to the ends’ elements, the mid segment becomes irreverent.

The siting of a building on a land, be it on the road face, little away per the regulation, or with a deliberate setback, are all intentional space segment formations. Circumstantial conception of intervening space segments occurs as gap, an interlude, an entr’acte between two or more elements. The intermediate spaces exist as a physical distance and also as time transition. In architecture, human settlements, art, performances, expressions and communication, substantial content is of space and time miss-outs. The absence or silence, are the Interludes that defines the spatial experience. The spaces between, buildings, people or other objects, are designed for reinforcing the continuity or enforcing the discontinuity.

Gravity has been omnipresent force and a structure on Earth is gravity stacked and inverted. The spatial (or even temporal) interrelationship with the earth, signifies the stacking (pyramid), the cantilever (inversion) and the ethereal (flying-airborne). 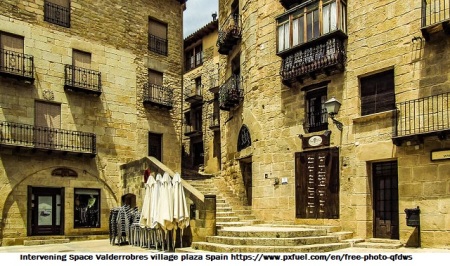 In Architecture the interludes help spread the mass. The spatial interludes are in the form of distance between buildings and sections of it, Chowks, setbacks and offsets. Buildings are spaced, where the adjoining mass is repetition (same), smaller or larger, but spatial connection is within a bridging distance. The bridging is aided by visual clues such as proportions, form, scale, texture, colour, directionality and the context of perception (perspective, framing, referencing clues, etc.), foreground-background relationship. Other relevancies include, participation of humans and interactions with objects, sequencing, hierarchies, patterns, styling-orientation and connection to the environmental elements. 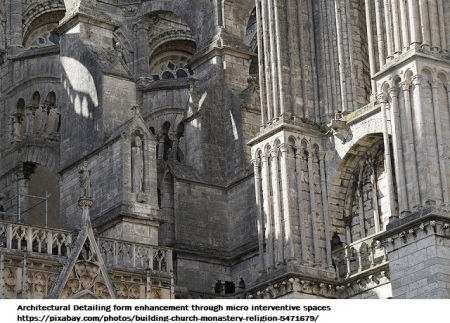 At micro level Architectonic elements occupy the building spaces and surfaces by forming orders, series, and harmonics. In all these the intervening element, the gap-spaces reveal the underlying sub-face. The intervening elements, such as openings, columns, corners, shapes, projections and recesses, textures, colours, light-shade and other transgressions create the time and space matrices. 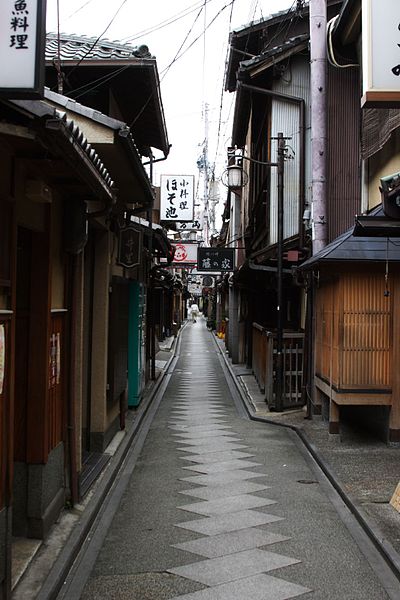 Human settlements have interludes formed between built forms. The form, purpose and its bridges with built spaces, however, well-planned, never persist. It changes with little innovations here and there. But the relationship, between ‘something (engagement) and nothing’, creates the settlement. Chowks, plazas, streets, roads, gardens, playgrounds, cemeteries, are juxtaposed against the built spaces. Each window of the house offers a different view. Each porch has a unique setting. Each dwelling has unique set of ‘sounds, smells, air and feel due to varied intervening spaces’. 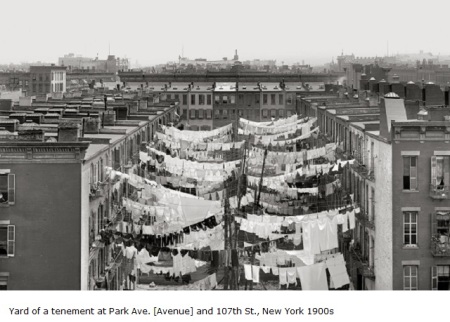 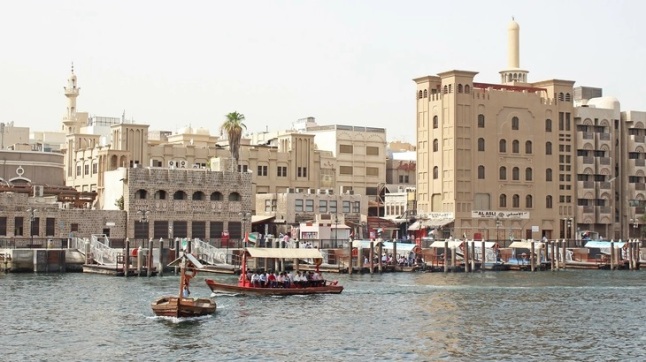 The temporal interventions relate to time, and so the movement, such as time required for image grabbing, visual scanning, travel time clues such as milestones, scaling through perspective. The movement attests to slopes (accelerations) and rises (decelerators). The flicker of an eye is a gap large enough to ignore the frame edge and prepare for the subsequent reflection.

Expressions and Communications exploit these dualities or multiplicity. We express, through sounds, gestures, postures, movement and through spoken language. And to these are added, the colour, texture, illumination, sets. The gestures and postures become relevant through the change, marked by the transition time to shift from one to another. One can stretch or shorten the period and modulate the expression. In absentia communications such as telephony, audio-video recordings, modulate the scope of expression. To suppress the data band width requirements, the quality is depressed into narrow channels. But in spite of these, the spatial and temporal interludes are not affected. In some long distance communications the transition of up and down signals occur on the same channel, and so one misses the ‘quick-response’ or feedback experience. 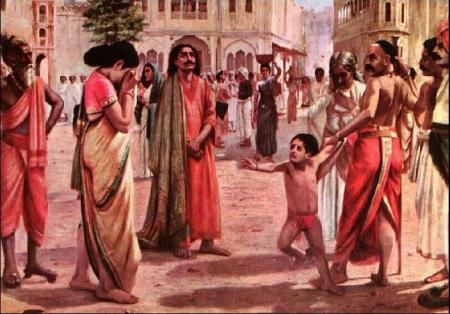 In case of language, spoken or written, it is the space between the words that marks the interlude, a silence, as Lao-tse says ‘a wheel is the space between the spokes‘. Melodrama has words spoken over the music, but in Opera the words and music each other, respecting the individual need for ‘the break or absence’. In later day the drama, the music is sparingly used, only to distance the actions, or back up the silent actions or mime. In Cinema, the narrative is of presence and absence of the characters. The absence (and often the presence is doctored) is filled in with music or noise. It may be a ticking sound to mark the passage of time or echoes or reverberations to mark the scale of the physical space.

In the Realm of music, the presence of the played sound, the absence of it (interlude, silence, the ‘rests’, or ‘Khali in Taal’ or beats), and incidental noises (reverberations, echoes, background noise seepage), all together forms the musical texture. These are intentionally created by the musician, the architecture of the place and involvement of the listener. The listener, through recent and past memories, join all the fragments, even in actual absence of it.

‘Between sounds of music there are gaps of silence. The authentic music consists not of sounds, but of the gaps. Sounds come and go; those gaps remain. And music can make you aware of those gaps more beautifully than anything else; hence I have to say that music comes next to silence. But it is possible even the musician may not be aware of it, unless his music is his meditation too. Then, soon, the shift from sounds to silence’. -Osho Rajneesh The Great Pilgrimage from Here to Here.

Artworks are select perspectives that reveal connect between environment, buildings and people. The spaces between them are modulated by colour, size, depth of view, referential elements, framing and story content. In primitive cave-art it is the space between them and the form of the figures that created the stage. A stage, where each element is sited and interconnected. 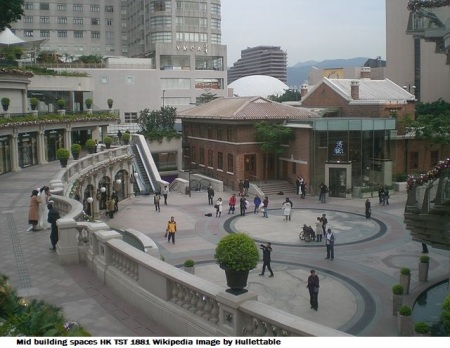 The space of silence and absence of time are not amorphous. These forms, manifest differently in different contexts, real and dreams. The Interventive time and space reinforce the continuity or enforce the discontinuity. 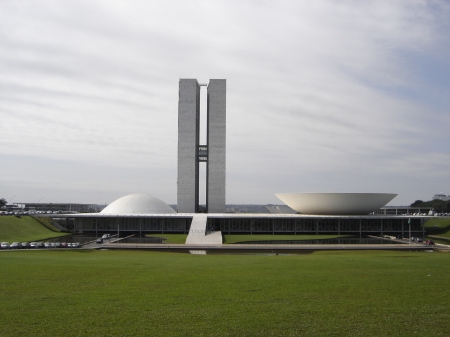 This is 2nd article of 20 topics on ISSUES for DESIGN (https://interiordesignassist.wordpress.com/2016/04/30/body-postures-issues-for-design/)