Doors, Gates, Windows, and Gaps express the concept of transition from one state of existence to another. Likewise Passageways, Bridges, Ducts, also serve the chief function of transition, and other functions of openings by means of barricading, demarcating and framing. Some words, such as in and out, from and to, through, etc., denote entry-exit from a space. Similarly components like portals, jambs, lintels, arches, door-heads, thresholds, eves, gateways, sill, etc. singly or with their natural affinitive relationships also represent the opening system.

The openings have a natural simultaneity of two faces, and so are dilemmatic in affectations. Janus, the Roman God of doors was a two-faced person. In literature the duality has been used to elaborate or prolong the process of conclusive action. The openings are natural or enforced edges. The openings manifest over the edges recognizing the domains of distinctions on either side. The division, is made recognizable through superlative structures like fort-walls, abutments, portals, dykes, bunds, piers, moats, barricades, etc.

In literature, on crossing an edge, change manifests. The change is seen through the scenic depiction, and also by psychical referencing. The literary-constructs present 3-way experience, of being on one or the other face, and the state of being into neither of these. The paired reality of inside and outside, or existing on one side versus the other side, creates a threshold or a Rekha (a line). The line is so thin that one has to be on one or the other side of it. But architectural entities have three-dimensional constructs, and so provide an intervening space or an Antarvedi*.

Hemchandracharya, (a Jain saint and scholar of Patan, Gujarat, India, 1088-1173) referred to such a situation as Antarvedi* (a space between two realms or a verandah). Such a condition occurs in case of Doab (a land between two water bodies -such as Punjab-India). Antarvedi is also a village situated at the Bay of Bengal and Vashista Godavari, a tributary of the Godavari River in Andhra, India. 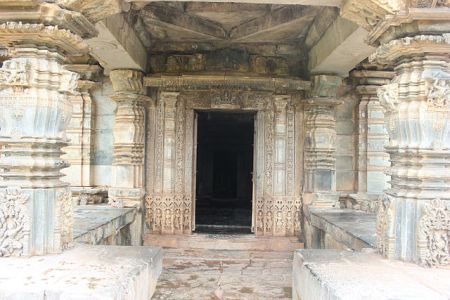 ‘Often crossing a threshold, real or implied, shifts us between safety of the known and anxiety of the unknown. Thus, working on literal and symbolic levels simultaneously, the doors and other openings offer, both, the physical reality of protection, and represent the psychological idea of safety. To stand upon the threshold permits contemplation before committing to circumstances, which once taken, may not be undone. On crossing a threshold, there is no going back to what was.’

A Latin phrase, ‘Pax intrantibus, salus exeuntibus’ (or ‘Intrantibus pax, exeuntibus salus’) is an ancient inscription, seen at the entrances of Benedictine monasteries, schools, inns, on gates, and at the front door or vestibule of private homes. This is translated in English: ‘Peace to those who enter, good health (or safety) to those who depart’. It states that whatever is within, is familiar and so likely of security, in comparison to what exists beyond the unknown and dangerous. This is at a complete variance from Tolkien’s (author of Lords of the rings, etc.) as he inverts the usual association of ‘being inside’ with safety, and ‘being outside’ with danger. The insides are friends and relatives who could be treacherous, but on outsides one must be on guard of the enemies. It is only by venturing outside and crossing the edge that we come to know our true selves.

In the Hobbit, The Lord of the Rings and other writings, the expansive Greenwood the Great was called Mirkwood > Wikipedia image by Dominik Matus

J R R Tolkien frequently refers to a door, window, gate, or other passageways to convey a change in a character’s physical, metaphysical or metaphorical state. Tolkien’s dark woodland imagery is tunnel-like juxtaposed with the open land forest. Entering a forest (as is entering into water, caves, and barrows) is like going into a dark unknown, and coming out, is gaining knowledge and confidence. Tolkien gave as much attention to literary descriptions as much to visual treatments (sketches and paintings) of the doorways, gates, windows and thresholds. In his landscape sketches, the focal point is almost always a doorway or other opening.

DOOR and the IDEA of BECOMING : One of the metaphorical meanings of doorways and openings in Tolkien’s work conveys the idea of ‘becoming’. As one passes through the doorway and enters a new stage of development or experience, having gained the ‘key’ necessary to move forward, one ‘becomes’ something more—more capable, more perceptive, more knowledgeable. Although, we often cling to our comfort zone, it is only by venturing outside our experience that we come to know our true selves. In other words, we must cross the thresholds that paradoxically lead us both outward and inward to a deeper understanding of our strengths and weaknesses and recognition of our relationships with the cosmos, just like Tolkien’s fish out of water. 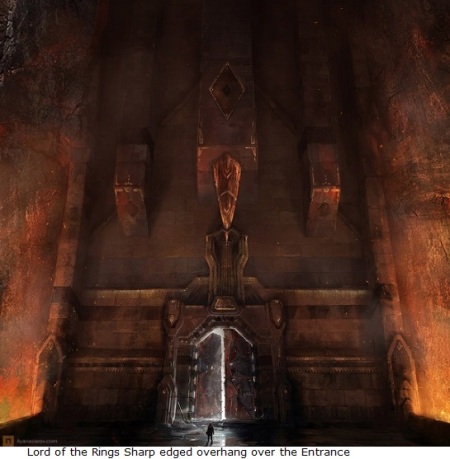 An opening is perceived to be parallel to the gravity entity so in-out or exit-entry occur on a horizontal plane, but never up-down or over-under. Going down (or up) a stair or hill, do not signify the ‘door or the gate’. Even for the gate to heaven or hell the door is always parallel to the gravity. Going down is compared to entering or leaving a womb. The transition is never up (to heaven) or down (to hell). Going down happens for the burial tomb or dungeon for imprisonment. But openings may not take one outside or inside, such as the Japanese Torri Gates. 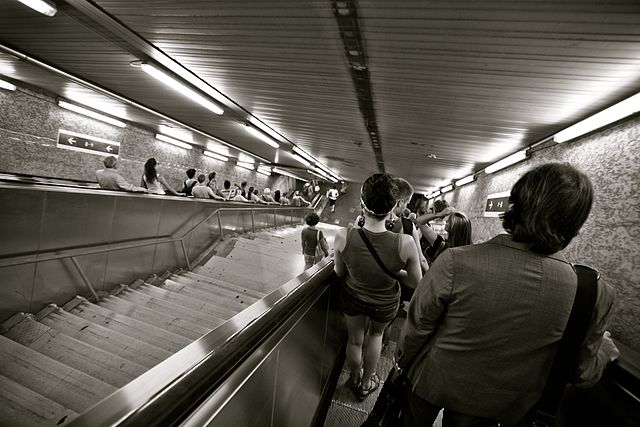