Mashrabiya an extensive opening system, was very common feature of mid East or Arab architecture. Mashrabiyas were placed on upper floors of urban houses usually on street faces, but occasionally on the internal courtyard ‘sahn’ side. Such openings were also used in palaces, public buildings such as hospitals, inns, schools and government buildings, but rarely seen in rural areas. Mashrabiya in farm houses and for out of the town buildings are more open, with reduced amounts of lattice work and without the lining of glass.

Mashrabiya openings are presumed to have formed during 12th C in Baghdad. Iraq and Egypt are two countries where many examples survive. These are more common in Eastern (mashriq) parts of the Arab world, then the Western (maghrib) parts. Basra is often called the city with Mashrabiyas. Such openings were later introduced in France from their colonial sources, and called Moucharabieh.

The word Mashrabiya has varied origins. It denotes drinking or absorbing. The name perhaps has derived from a wood lattice enclosed shelf located near or against a window to cool the drinking water pots. The shelf evolved as a full enclosure to cover an entire wall of the room. Mashrabiya also has originated from verb Ashrafa =to overlook, ignore or to observe.

Mashrabiyas have carved wood latticework and often stained glass. Lattice designs differ from region to region. The latticework, though commonly formed of elements of a lathe carved long wood sections, called bobbins. Lower sections of the opening are opaque, or with denser lattice work. The smaller openings in the lower section obscured vision from outside, and reduce the air draft. Larger openings in the upper parts allow better air draft and illumination. Mid part of the Mashrabiya is provided with sliding or side-hung shutters. Such clear gaps were used for drawing up the purchases from street vendors. Sections of Mashrabiyas are also lined with coloured or stained glass to form an enclosed balcony, and an adjunct space to the room.

Mashrabiya adds space to rooms on the upper floors without increasing the foot print area of the building. These have also been used for correcting the shape of upper floor front room. Mashrabiya allows air from three sides to enter, even if the drought outside was parallel to the house facade. Mashrabiyas also provide shade for the ground floor openings. As a projected opening system, it offers a longer sideways view in a narrow street.

Mashrabiya work as an independent enclosed balcony or as a space attached to a room. Egyptian Mashrabiyas project out at a slightly raised level, providing for a Dakkah. A Dakkah is also a masonry platform attached to the front part of a house, covered with a rug. It is used for informal talk and tea in Arab rural areas. A Dakkah is an arrangement similar to Ota or Otla in a traditional Indian house.

Shanashil is net or wood screen-covered verandah or porch over looking a street or garden. The meaning of Shanashil is ‘the hanging silk’. First Shanashil was found in 1800s Iraqi houses of Basra and Baghdad. Shanashil and Mashrabiya have little difference except chiefly the depth aspect. Shanashils are covered galleries so have greater depth compared to Mashrabiya, and former ones are in level with the interior floor.

There are several equivalent forms of openings. Oriel and bay windows have been used to enlarge the room space and receive more light and from many directions. Similarly Indian projected opening systems Zarokhas have been built in wood and stone with open and lattice covered form like Mashrabiya. Both reduce the glare, provide privacy and offer extended space. All these forms transgress outward and undulate the exterior surface. A caboose is an extended opening used in Automobiles and railway carriages for gaining side-way view of the street or estate. This has, though smaller size of width and projected depth. A caboose also occurs as a projected niche. 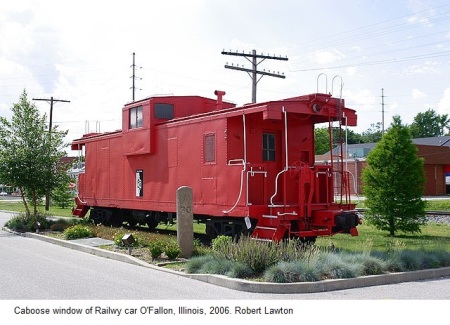