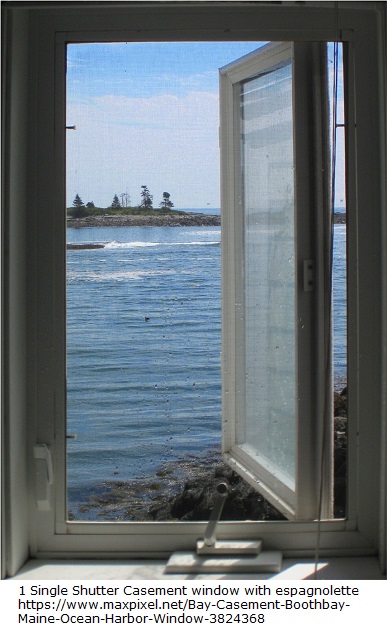 Casement shutters opening inward cause obstruction if there is insufficient parking space for the opened shutter. Inward opening shutters also interfere with window treatments such as curtains, blinds, etc. 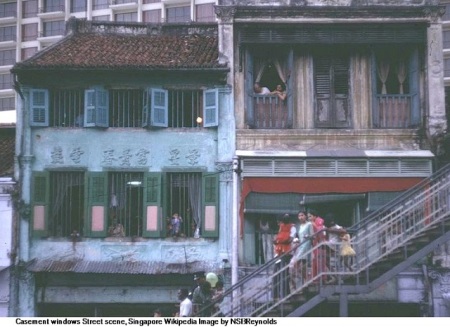 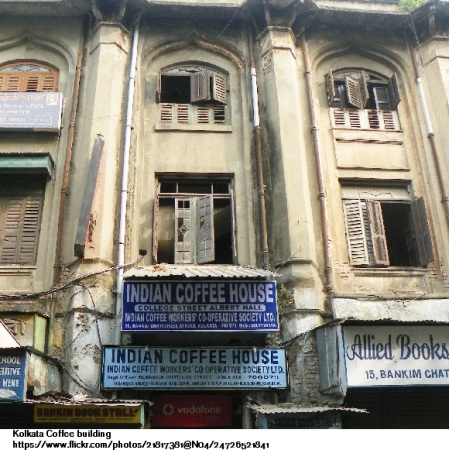 The shutters, if of small width open with a handle cum locking device, and if of large width require a crank or lever to open. A wind stay, or a friction hinge is necessary to keep the shutter open in windy conditions, and an espagnolette is used for locking. A casement window is easy to operate with its long armed handle mechanism and so ideal for difficult to reach situations, such as places above cabinets or counter tops. Casement windows open out on nominal hinges or offset hinges that open the shutter little away from the side to allow cleaning, glazing fixing and painting of the exterior face. These are critical issues for casement windows that have protection bars, or are located on upper floors.

Single casement windows are used on side lites as besides a door or fixed window. Average width of wooden casement windows is 400 to 500. Larger widths up to 600 are possible with friction hinges. Very tall casement windows require patent bolts at both the top and bottom ends to shut a window or keep it open in heavy winds. 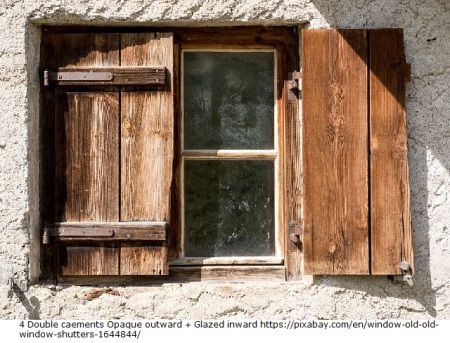 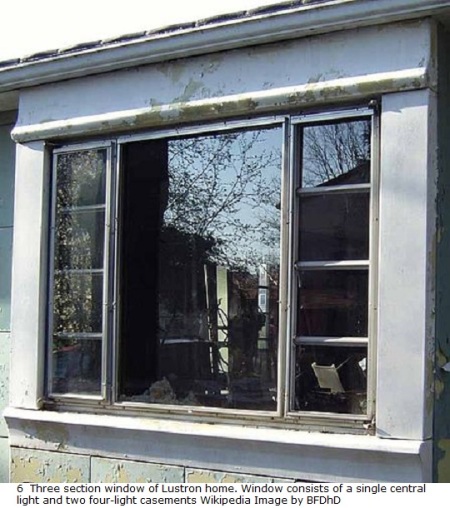 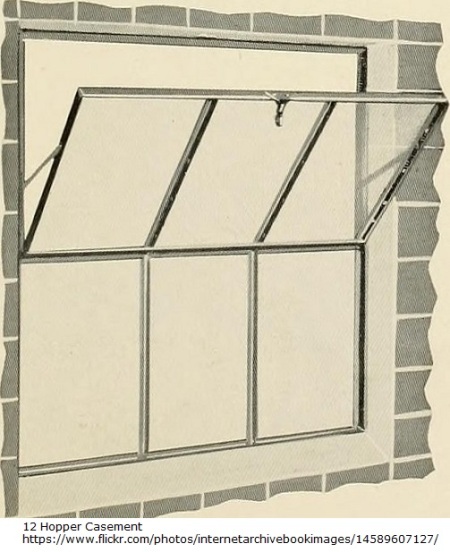 Hopper Windows: A hopper window is a bottom hung a casement window that opens similarly to a draw bridge or a coal-pit receptor or hopper, typically opening to the outside. Hopper windows are used as cellar or subterranean opening.

Hopper Light: Hopper Ventilator: These have inward-opening shutter hinged at the bottom, usually forming the upper section of a door or window.

Awning Window: An awning window is a casement window that is hung horizontally, hinged on top, so that it swings outward like an awning or a weather shed. Awnings are transom lites, used in upper sections of doors and windows as a ventilator.

French Window: A French window is really a type of door with a small threshold. It is also called a French door. Two casement sashes hinged on the sides to open in the middle. The shutters nearly extend to the floor and also serve as a door to a porch, garden, verandah, gallery or terrace. It is double shuttered, and both of which for the full height of the shutters, have single or multiple panes of glass. It may have a secondary set of solid or louvered shutters opening to the interior or exterior side.

Folding Casement: Casement windows hinged together so they may fold into a confined space, such as within the wall thickness. Small width shutters also makes it easier to close without stretching out too much. Folding casements are often auxiliary shutters, such as storm shutters or Venetian shutters on the outer face or fly-mesh shutters on the inner face. 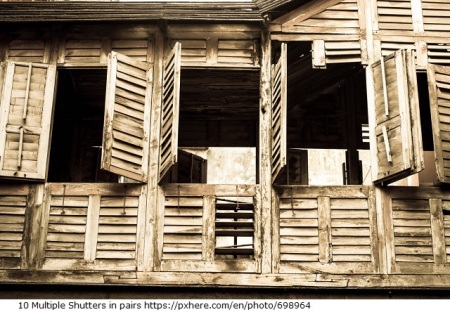 All types of eaves and window casement shutters, projecting out, were banned to prevent spread of fire along the wall, after the great fire in London in 1707. And these forced adoption of Sash windows (opening upward or downward). 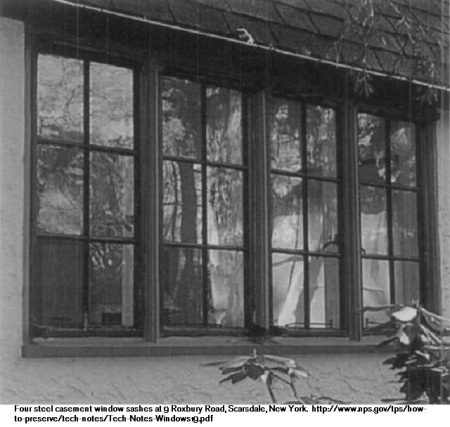