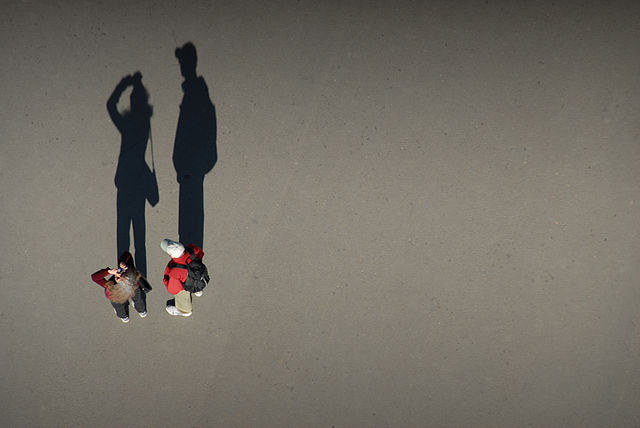 Shadows are formed by illumination, but require something to ‘fall’ on. Some of the formative factors for shadows are, nature of illumination (solar, terrestrial and man-made), distance, intensity, direction, multiplicity of sources (original and reflected), etc.

Solar or moon eclipses cast shadows. In a solar eclipse, the Moon’s shadow falls on Earth. In a lunar eclipse, the Earth’s shadow falls on the Moon. A solar eclipse could be total, partial, or annular, whereas a lunar eclipse may be total, partial, or penumbral. Umbra, is a simple shadow, the darkest centre portion, cast by a point source of light. Penumbra, is cast by a light source with a larger surface area than the object. Antumbra is formed when the light source is covered by the larger object. 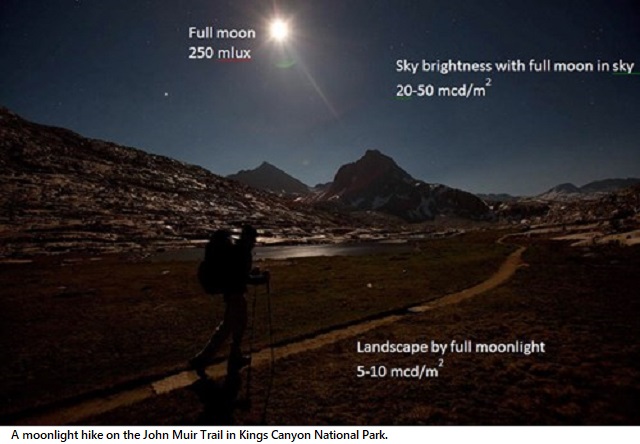 We deal with Three types of natural illumination. The illumination from sun is extensive and distanced, yet strongest and so seem to be a cascade of parallel rays. The illumination from the moon is feeble and arrives like a cone. Minor planets like Mercury, Venus and stars create insignificant amount of illumination for any Design environment. Natural illumination cannot be switched off or its source position changed. The intensity can be filtered and orientation redirected. Illumination from artificial (man-made) sources are strong to diffused, but with an identifiable ‘pointed’ origin at a measurable distance. These are switchable and manipulable sources.

The natural and artificial sources of light, get redistributed through refraction, reflections and diffractions. These occur are due to the micro particulate matters in atmosphere, changes in the mediums that transit the light, and various interventions of atmospheric elements.

Three things are needed to perceive a shadow. The first is light. The second is an object that blocks the light. And third, another object (rather its surfaces) for the shadow to ‘fall’. Objects, except those in the air (floating-flying) have attached shadows. Attached shadows ‘fall’ on grounds that are horizontal (parallel to the gravity) inclined or undulated. The quality of a shadow, such as the length and intensity, however, depends on the angle and direction and multiplicity of the sources. We are accustomed to shadows on horizontal grounds, cast by the solar or top down lights. But shadows of bottom-up lights or reflected lights are less predictable and so intriguing. Shadows provide cues about the depths, direction of illumination, the nature of ‘fall- grounds’ and and objects’ edges. 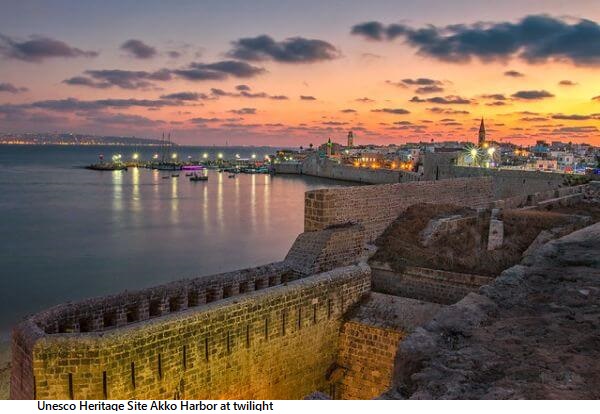 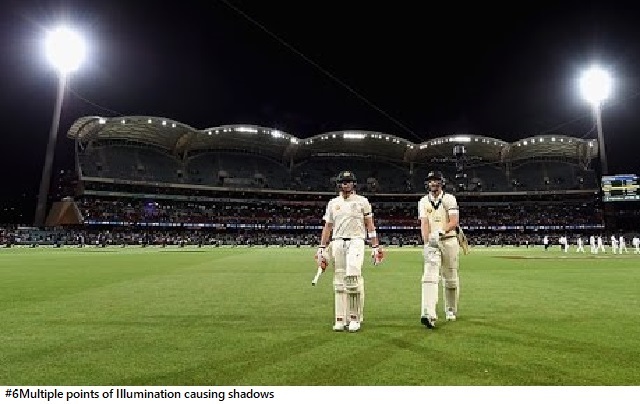 Illumination, causing the shadows offer a range of tonal variations, some with distinct edges, some with little flutter at the edge and others seamless diffusions. Objects in solar illumination (and feeble illumination of moon etc. at night) are in the presence of ‘blue’ skies, which provide secondary brightness. The blue sky reduces the stark contrast of the shadows.

Lunar environments are without the blue sky (there’s no air to refract light), the dark shadows are set against the pitch black skies. When the moon skies have presence of the Sun or Earth, due to their fortnightly passage, the regions directly illuminated seem extra ordinarily bright. The lunar surface presents varied effects of textures, at different lighting and viewing angles. It is very difficult to collate these images into a single comprehension. Moon visiting astronauts, Aldrin said that ‘continually moving back and forth from sunlight to shadow should be avoided, because it’s going to cost you some time in perception ability’. Armstrong also noted, ‘it is very easy to see in the shadows after you adapt for a while’.

Neil Armstrong, the astronaut has said ‘It’s quite dark here in the shadow, and a little hard for me to see that I have good footing.’ Armstrong and Buzz Aldrin had to conduct their scientific work in these unusual shadows, which often made parts of equipment that fell into their deep black invisible.

Long before, a person saw own reflection in water (and, later, mirror), shadows have been following like an attached tail. The shadow on the ground however were seen only as a silhouette, a solid mass, without revealing the body features. The reflection in water or mirror was better, it showed the features, shifting the left-right. Both It were existential and yet perplexing phenomena, ‘only real things can cast a shadow, and also be seen in a mirror’.

In folklore a shadow, like a soul can get detached from the body. This reflects the belief in the shadow as being either the soul itself or a guardian spirit of the soul. Incidentally, there was also a belief that selling your soul meant you had no shadow. ‘In quarrelling about the shadow, we often lose the substance’.

1 In a story, Peter Schlemihl (character of 1814, novella, Peter Schlemihl’s Miraculous) sells his shadow to the Devil for a bottomless wallet (the gold sack of Fortunatus). But he finds the society including his love shuns him. When the devil in a new bargain wants to return his shadow in exchange for the soul, he is in dilemma, but prefers to throw away the wealth.

2 In a fairy tale, Peter Pan loses his Shadow, and makes frantic effort to find it and have it re-united with himself.3 A Wolf, in the evening felt elated on seeing his own elongated shadow but soon a larger shadow of the lion blotted it out.

3 A Wolf, in the evening felt elated on seeing his own elongated shadow but soon a larger shadow of the lion blotted it out.

4 A Traveller hired an Ass. For siesta, the traveller wanted to use the shadow of the Ass. The ass owner, objected to it saying you hired the ass not the shadow.

The shadows are earthly matter, so metaphorically a divine body carries no shadow. The shadow-less divine figure in art-works seemed ethereal, floating in the air. Divine figures, though continued to have ‘graded shades’ for three dimensional effects of the body shape, postures, and gestures. If divine body carries no shadow, can the architectural spaces or environments (trees, rocks, mountains, water bodies) that surround them have shadows? Vampires are said to have no shadows and are said to be afraid of shadows. The gods of death are also afraid of shadows. When a human being is protected (followed) by a shadow, the person cannot be attacked (in presence of illumination) by demons or other evil supernatural entities. 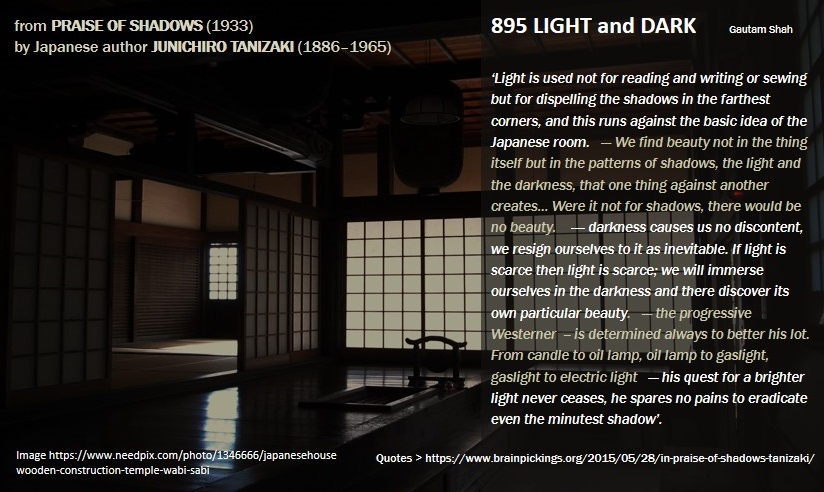 Kumi Yamashita –The Artist With a Fascination for Shadows I sculpt using both light and shadow. I construct single or multiple objects and place them in relation to a single light source. The complete artwork is therefore comprised of both the material (the solid objects) and the immaterial (the light or shadow).