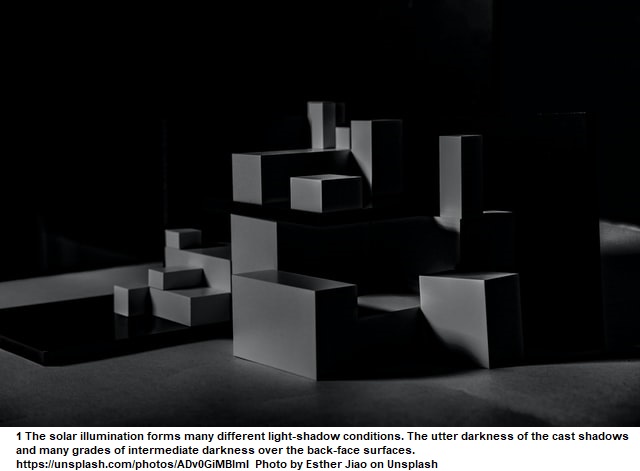 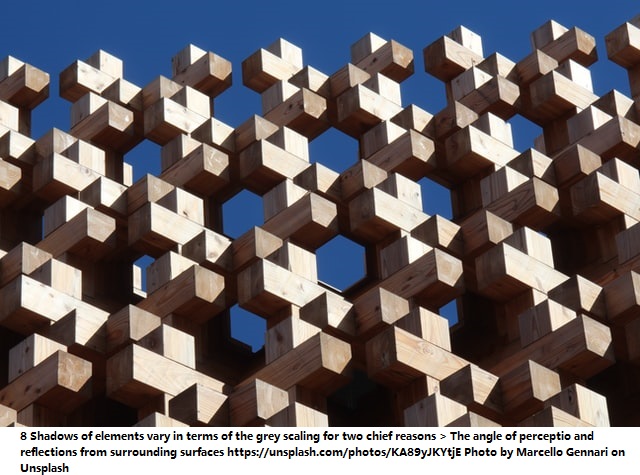 Architectural objects are stationary, but their shadows move and shift around them. The directional variability of the solar illumination offers many different light-shadow conditions. The intensity of solar illumination varies during day hours, seasons and atmospheric circumstances (like cloud cover, mist, dust, etc.), and creates many grades of dark surfaces. These has taught the architects, how to exploit the utter darkness of the cast shadows along with the many grades of intermediate darkness of the back-face surfaces. There are other grades of darkness over surfaces re-illuminated with reflections from surroundings. Such variable contrasts conditions were exploited in many ways. It helped in scaling the darkness of deep set spaces, to grade the near and far-off distances, and add greater realism to nearer objects. 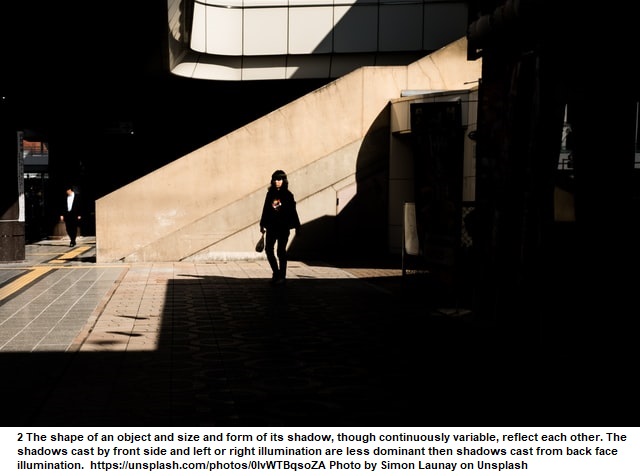 Architecture is an inside and outside place of visitation, allowing many sided experiences of the object, with cast shadows and intermediate grades of darkness over the ’back-face’ surfaces. These was unlike the Art, where only a fixed extent of intended image is represented, be it a canvas, book page, wall fresco, stained glass, mosaic, or architectonic decorations. The shape of an object and size and form of its shadow, though continuously variable, reflect each other. 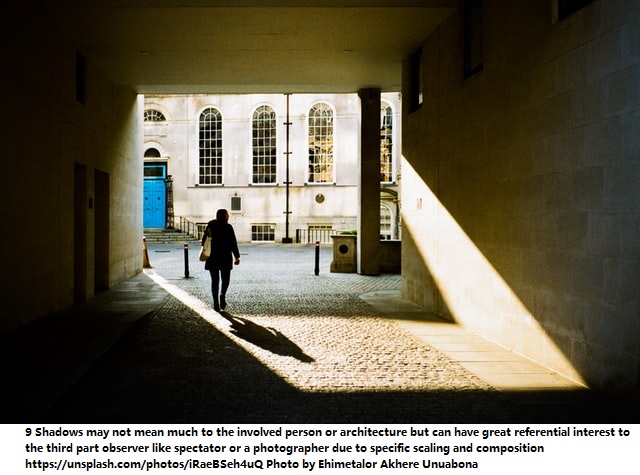 Within an art work, the objects’ shape and the size-form of the shadows may not proportionately reflect each other. The selective framing and point of scene capture, chops the objects and their shadows. As a result, proportions, if any are not revealed. The process of selective elimination from art paintings began to be exploited further in architectural creations. 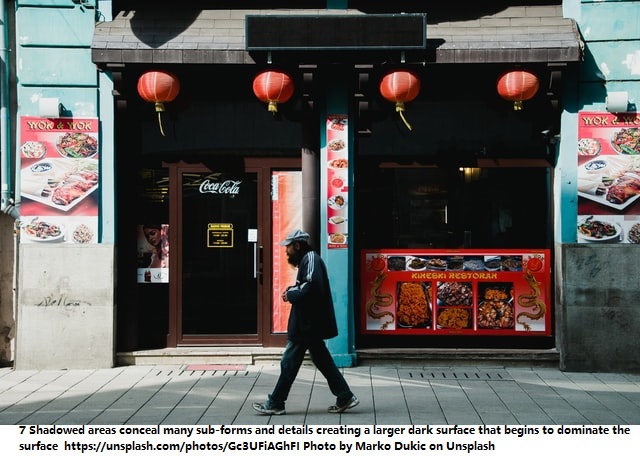 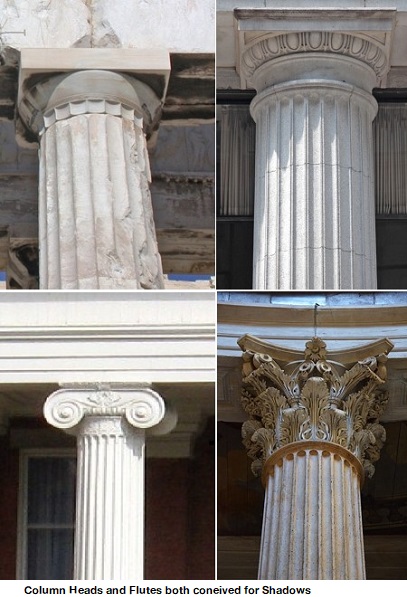 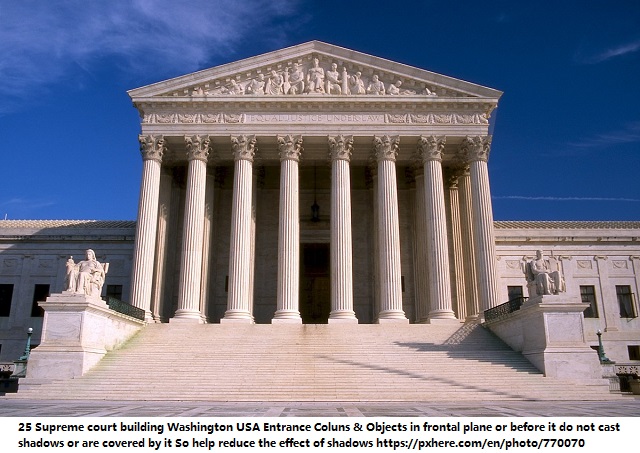 Shadows massing form building fronts of two classes. Buildings that are comparatively of flatter plane, though with pockets of shadows of various depths (depth read as the downward length of the shadow). Some of the shadows indicating the depths get mixed up with darker colours of the facade surfaces like glass. This is an area, where seasoned designers fail to perceive the true dark-light play over the facades. Another class of shadows massing over building fronts occur due to the projecting out mass of elements. These projections over the facade are well illuminated but their shadows fall on plane surfaces as well as on undulating masses. The uneven masses, if, angular or with inclination, the complexity of the shadows increases manifold.

Shadow massing affects the buildings’ around public or open spaces. Such buildings, if form a flatter plane, whether, due to the repetition of architectural motifs (elements of facade language) or due to the extensive scale of visual perception, dilate the surface shading effect of the sunlight. Buildings forming such ‘visually flat planes’ were socially throughly failures.

The ‘fixed-view’ or panoramic architectural configuration for the Plazas and Public spaces are of two basic types, 1 a large open public space dilutes the surface shade-shading effect of the sunlight, because of the large scale, whereas, 2 a very compact frontal space, seems spatially so articulated that there are too many varieties of surface shade-shadings of the sunlight. In the later case few designers had resources, experience, opportunity or time (historically, decades, if not centuries, for the long process of improvisation) for any corrective action. So whatever, was locally plausible, was accepted. 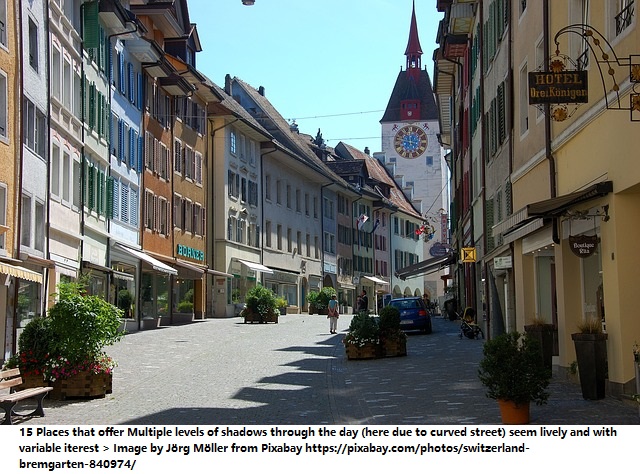 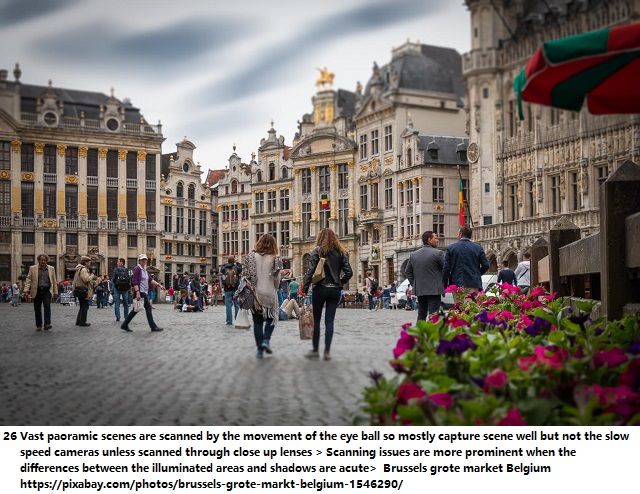 In case of an architectural entity, the field is infinite but can be visually scanned by movement of the eyes, forming a seamless scene. But that was not so, with older style cameras that captured visual scene that seemed jarring. In case of human eyes the proportion of object to shadow is variable, but with artificial devices the object to shadow is shifting and so jarring. To reduce such variability of scenes, architects have resorted to selective framing for fixated observations, through windowing or deep set perspectives (that focussed the points of views). In architecture limited observations were also enforced through smaller or occluding openings, open ended-deep spaces, overhangs, serrations, cavities, etc. The selective framing chops the objects or their shadows.

At a first glass, the shadows as dark entities seem very dark in the context of bright exteriors. Eyes however, soon dilate themselves and begin to perceive finer details within the shadows. Architectural features, human beings and their shadows often create captivating compositions of scale and proportion, but this can be perceived by an observer or camera. So scene capture like photograph remains a ‘neutral’ observation. 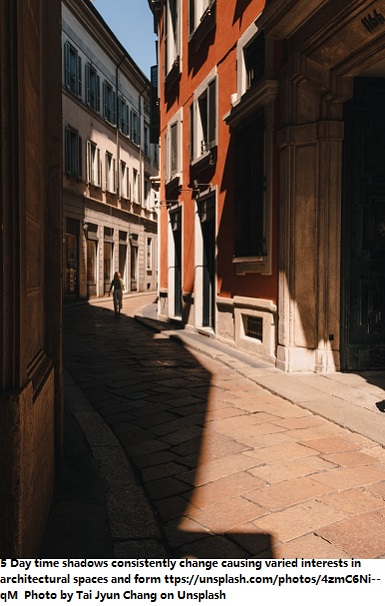 Shadows have natural relationship with the source, direction and type of illumination, but more importantly, it is the quality of objects and the surfaces on which shadows occur. Cast sun light shadows show a horizontal line as horizontal, but a vertical line as an inclined entity. Consistent exposure to these has come to be accepted as nominal phenomenon. But shadows of inclined elements such as stairs, ridge of the roof, etc. have a different character. 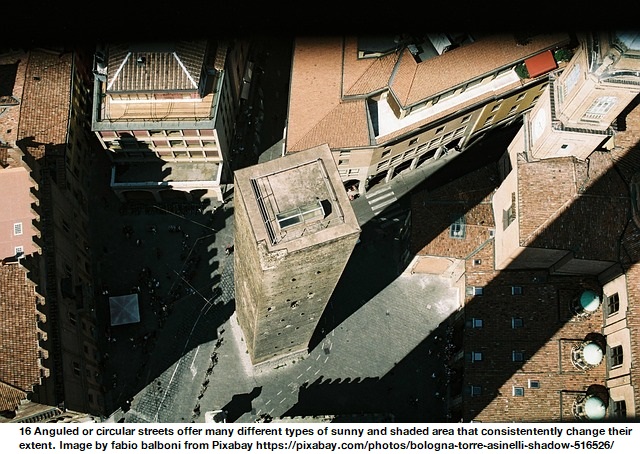 Architectural shadows are defined by the geo zones. Nominally between 23° N and 23° S have brighter sunlight. The strong light here gets reflected in darker shadows, but that again is affected by the dominant colour of terrain, density of vegetation and surface colours of building materials. Tropical areas such as Southern countries of Europe have had deeper and elaborate architectural elements. The shadows are used as an architectural instrument of form, composition, and visual effects. 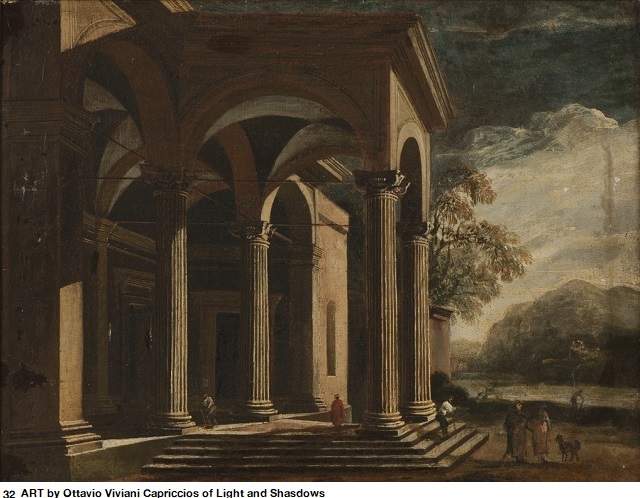 This is the 35th article (in continuation of old series -new beginning) on ISSUES of DESIGN.