Coatings are thin surface finishing techniques. A thin film is achieved by using a material that is in a liquid state or is convertible into a liquid phase. A coating may or may not have a colourant, but on drying achieves various degrees of transparencies. Coatings are applied to entities to alter the appearance, improve the tangibility and to provide a protective cover. Historically, however, coatings have been used for illustration and decorative effects.

The discovery of mixing dishes suggests that liquid pigment mixed with fat was also used and smeared with the hand. The subtle tonal gradations of colour on animals painted in the Altamira and Lascaux caves appear to have been dabbed in two stages with fur pads, natural variations on the rock surface were exploited to create the effects of volume.

The simplest way of marking cave walls was to make finger-traces in the soft layer of clay covering the rock. Lime stone walls were engraved and filled in with iron oxide (hematite, or ochre), or the black pigment as manganese or charcoal. These materials were usually available locally. Analyses of pigments, reveal the use of extenders such as talc or feldspar, to increase the bulk of pigments. It also shows traces of animal and plant oils, used for binding. The pigment in paste form was applied with fingers, and also tools like animal-hair brushes or crushed twigs. Lumps of pigment discovered on cave floors may have been used as crayons, but since they do not mark the rock well, they were more likely to be sources of powder. Colour was often sprayed, from the mouth or through a tube. A network of ladder, supports and scaffolding was used to reach the ceilings and upper portions of walls. Light was provided by hearths, or portable burning torches.

Primitive coatings were daubing of clays, minerals, charcoal, lamp blacks often mixed with mediums such as water, tallow, vegetable excretion and juices, urine, blood, bitumen. Binding mediums were employed to fix the mineral or colourant particles on the surface. Some of the binding mediums were evaporative and worked only as a `leveller’ for particulate matter. By 6000 BC, in China, calcined (fired) mixtures of inorganic compounds and organic pigments and binding mediums (vehicles) were prepared from gum arabic, egg white, gelatin, and beeswax.

Some oily mediums though superior in fixing and longer lasting, but collected dust on aging. Oil mediums became darker in colour due to oxidation, or just peeled off. Some of the mediums were destroyed due to fungus and algae. Later little more complex substances such as starches of rice and maize, pine wood extracts, egg albumin, bees wax, hydrated limes, gypsum, etc. were used.

There are basic TWO sets of Arts. Fixed arts are built-forms, wall murals and architectural embellishments. These could have been part of either exterior and interior environments. Portable arts, comprise of objects or artefacts. These usually remained in protected environments. Fixed arts were largely painted and scratched or engraved, but portable arts had, at least in initial periods, natural finishes by way of selection and production processes.

Portable arts consist of wide variety of object forms and material combinations. Compared to the fixed Arts the objects are smaller in size. The portable objects show all, the surface treatments, embellishments and coating applications. The objects of this category show greater integration of all the three interventions and greater detail or involvement. Large number and wide variety of objects have been preserved and recovered even from regions where Fixed Arts entities have not survived. Portable arts’ objects are smaller and personal hobby or a family craft creation. The colour and surface quality were matter of choice or discoveries through innovation in production. 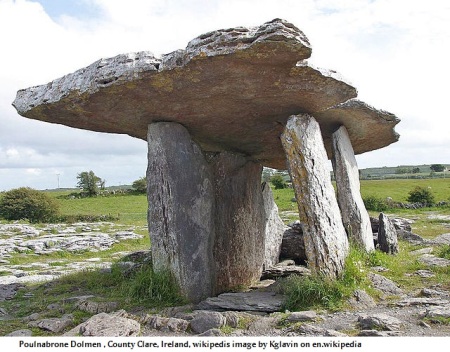 Fixed Arts entities that have survived are surface treatments or renderings through show painting, scratching, engraving and daubing methods. On the other hand, the surviving built-forms, if considered as art-forms, represent technological milestones of material handling, supporting and construction planning. Fixed arts were large scale or important societal activities, involving entire community by way of voluntary participation or forced labour. The involvement of the community was for seasonal or occasional rituals. The leader, conductor or priest of the ritual and the team were the select few experts who initiated and updated the (art) entities over and over again. Such art-forms indicate occupation or interventions of several generations, as much as for more than 300 years. Portable Art objects are incidental that is the availability, shape, size, colours, texture, etc. define the range of treatments. Many times the purpose it will serve evolves during the process of treatments. Such objects show material combinations. many different finishes were achieved, by change of forms and exploiting the tools. Material processes like heating, singeing, sintering, baking, beating, shaping, cutting, chopping, grinding, drilling, etc., were also used in farming and cooking. It was one seamless manner of learning.

These were exchanged, gifted to others or offered in rituals. The objects began to have consistent expressions. The varied metaphors, passing from one generation to other, ultimately became abstract. Coins, plaques, seals, etc. represent multiple conversions of expressions like a language.

Fixed Art objects like built-forms, though functional utilities were built for community and for political purposes.

The public use entities were irrigation facilities, forest clearance, dykes, bridges, walks or passages, drinking water resources, community surround structures, security amenities and storage arrangements. These were not ‘decorative arts’ but symbolized technological innovations. Some like burial stones and dolmen had items of personalization.