Space perception is realization based on three faculties of Perceptions, namely seeing, hearing and touching. First two of these are bi-nodal, and allow us to perceive an extra dimension of the space, whereas touch is multi-focal, but operates as local sense. The information is received through spatially separated sensors, but complex neural integration allows the three to be perceived in mutually balancing experience. Absence or deficiencies of one or few are substantially overcome through such assimilation. These sensorial experiences (seeing, hearing and touch) persist in a space for a while, and so prolong and reinforce the experience. The experience persists, when the main happening is active, through the fading period, and after the expiry of the original causation. 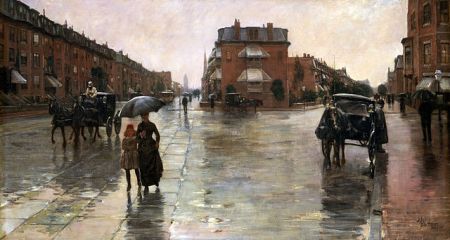 Space perception offers dimension, orientation and direction to the space. The dimensions are perceived in terms of body sizes and capacities. Orientation suggests the position of the causation in front, back, up, below, or sideways. “The horizontal, vertical, and sagittal planes divide space into various sectors: something is perceived as ‘above’ or ‘below’ (the horizontal plane), as ‘in front of’ or ‘behind’ (the vertical plane), or as ‘to the right’ or ‘to the left’ (of the sagittal plane). The Horizontal and Vertical have universal justification of the gravity, reinforced by the fluid levels. But it is the sagittal plane or the sense of left and right, which is self centred.

The depth in space is a perceived notion. Visually it is sensed by the stereophonic vision and fading over (only larger) the distance. Depth is perceived by scaling in scenic perspective. Visual depth perception is also a process of learning. Seafarers, aircraft pilots, mountaineers, desert travelers have extraordinary sense of space distances. Similarly architects, embroiders, watch repairers have coordinated visual and touch depth perception.

Aural perception of space dimension, orientation and direction operate differently. The two ears create stereophonic effect for richness of sound, but unlike vision do not lead to distinct direction or orientation of the space perception. The sense of the dimension, though is more accurate, as sound fades remarkably strongly even in the shorter depth. Aural perception has more deviations and deceptions. Depth or distance perception is due to the loudness and pitch, both affect little late (sound of lightening), but reinforce the information offered through the visual perception. Changes in pitch ( Doppler effect) of a moving object, defines the depth. 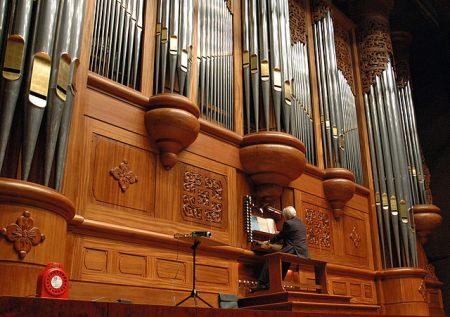 Touch perception of objects is governed by recognition of the edges or remarkable intermittent features. Touch perception is texture recognition combined with energy transmission (temperature, electrical, magnetic, vibrations etc.). These operate at touching or very close distance, but are highly variable. The perceiver and the perceived (object or an organism) both exchange the energies to form the perception. The touch perception plays very little role in perception of spatial dimensions in spite of transiting between edge to edge, or other features of the surface.

Clarity and Consistency of visual perception are very important features of experience. It is accepted that visual clarity depends on the distance, quality (angle, strength, contrast, colour) of illumination and physiological condition of the perceiver. Beyond these obvious parameters other factors are foreground-background, glare, framing of the view, other distractions. Consistency of visual sensation derives from field size, movement of the perceiver and within the scene, distractions, aberrations. Clarity and consistency, together depend on subjective aspects, such as the intent and duration of the perception.

Audio perception (and expression) when accompanied by Visual perception, mutually reinforce each other > Wikipedia image

Clarity and Consistency of aural perception occur in terms of the echoes, reverberation, presence-absence of background noise. It also depends on the dominant range of operative frequencies. Clarity is affected when one cannot decode a scrambled or garbled noise. This happens in large halls and open layout offices, where one subconsciously cannot decipher the message, and tries to interpret it. To reduce such irritations, ‘white-sounds’ -a background or masking noise are added to the space. Hospital rooms and commercial spaces with round the clock operations pose different aural profiles at different times of the day-night, ‘white sounds’ reduce such variations. Consistency of level and quality of sounds allows one to ‘fathom’ a space more effectively.

Clarity and Consistency in touch perception are important in space perception, so far these are demarcations of space zones. For persons with imperfect perceptive capacities (blind, deaf, old age, infants, sick) touch becomes an important faculty to reinforce the space extent. The consistency of touch is governed by duration and use of limbs that show better reception to touch.

Polyphemus, the one eyed mythological character was supposed to be an Iron Smith and used the one-eye vision for work accuracy > art by Johann Heinrich Wilhelm Tischbein 1802

Peter Zumthor outlines (Atmospheres, p. 29) that, ‘Interiors are like large instruments, collecting sound, amplifying it, transmitting it elsewhere. That has to do with the shape peculiar to each room and with the surface of materials they contain, and the way those materials have been applied.’