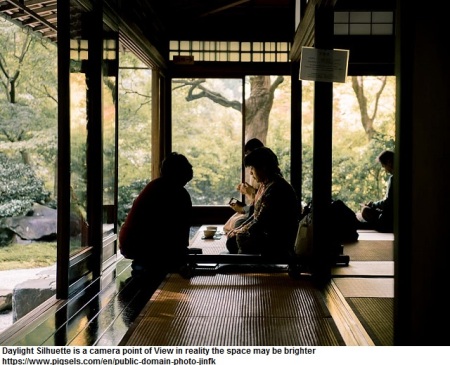 Daylight has Four important facets, the illuminance, warmth, colour and the variability. Each of these becomes a key issue for building design, how we conduct tasks and manage comfort. The chief source of daylight is the sun. It offers direct and indirect (‘diffused’) light. The earth’s daily rotation on inclined axis and elliptical rotation around the sun offers the variations, beyond the frequent changes in sun’s own output. Sunlight at Earth’s surface is around 52 to 55% infrared (above 700 nm), 42 to 43% visible (400 to 700 nm), and 3 to 5% ultraviolet (below 400 nm) spectrum. The quality of daylight at each place and moment is distinctive, creating unique time, space and environmental combination. 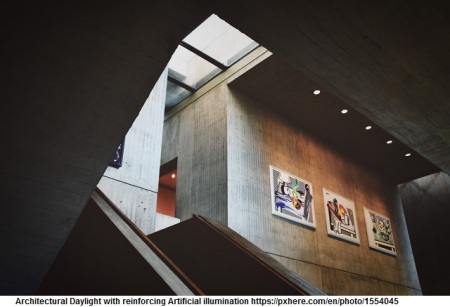 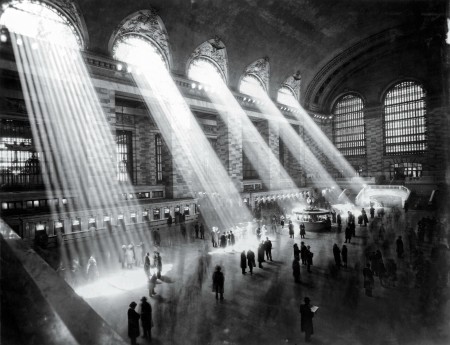 Daylight is the combination of all direct and indirect sunlight available outdoors during the daytime. Daylight as a natural light is considered mainly during the sunup to sundown period (and little more for the twilight periods). The amount of natural light available in any interior space is proportional to the daylight available outdoors. Daylight on an outdoor location is a combination of direct sunlight, diffuse sky radiation, and both of these as reflected from the earth and other objects. Light scattered in the atmosphere is referred to as diffused daylight. Sunlight scattered or reflected from other space objects, such as the moon is not considered daylight. 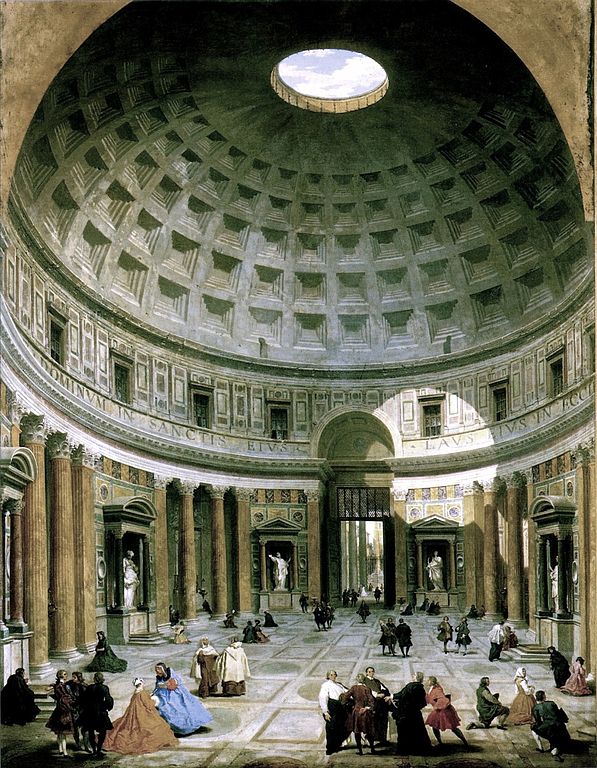 Lighting without a window in the Pantheon Rome 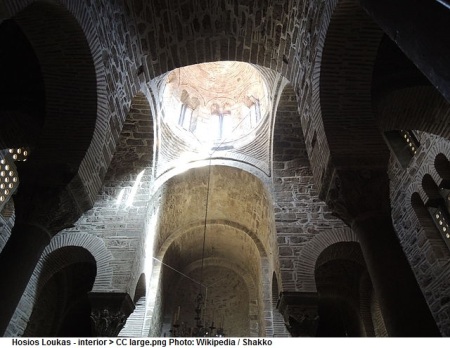 Direct sunlight is that part of solar radiation which reaches the earth’s face without being scattered. It is a directed beam or a point source of light. Direct sunlight at noon can have illuminance as high as 120,000 lux (Compared to this moon light is <1 lux). Sunlight is a warm colour light, at noon, the colour-temperatures are about 5500°k, bluish-white or ‘cool colours’, and at sunset, these are about 2700-3000°k (degrees kelvin), are yellowish-white through red or called ‘warm colours’. This is similar to heated iron, like a horseshoe, it first glows red, but on further heating it turns to orange to yellow to white and, finally blue-white. 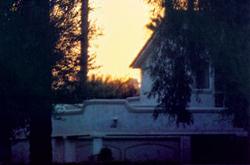 Colours at sunrise due to temperature differences

Daylight consists of direct sunlight and it’s reflected or diffused component. Daylight arrives or disappears when the Sun is approximately 18° below the horizon. (As the Earth takes 24hoursx60=1440 minutes to complete its orbit of approximately 360°, the 18° translates into 72 minutes period on equator and 23°N to S. For different locations and seasons the twilight time could vary). This is a twilight zone of early or late day lighting, when the Sun itself is not visible, as it is below the horizon. Twilight occurs due to the scattering of sunlight in the upper atmosphere, which in turn illuminates the lower atmosphere. This is a period when shadows are not yet present, and objects are silhouetted against gradually brightening sky. In extreme regions like the arctic where Sun may not dip below 18°, the twilight may be seen between evening to morning night period. 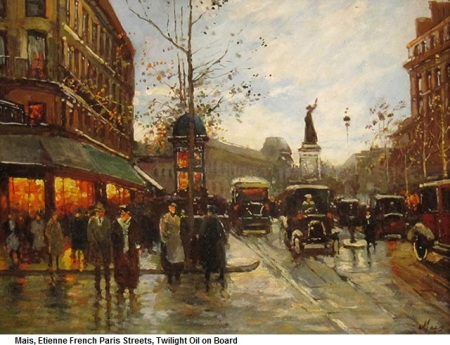 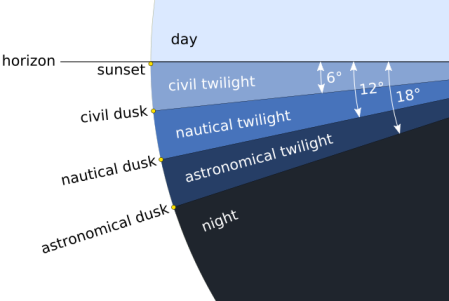 Three types of twilight within 18 degree –Wikipedia image by TWCarlson

The twilight effect is important for the stretched daylight period. It defines when street and other estate security lights can be switched on or off. It defines when certain outdoor activities like jogging, and exercises can be conducted. Interior areas of a building begin to receive illumination in the twilight period (near sunset or sunrise), allowing for switching on or off the artificial illumination. 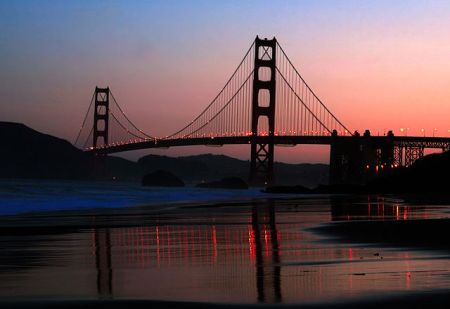 A twilight zone has been accepted as a prayer time in many religions. Egyptians wished to experience the first rays of the sun, for these obelisks like tall structures were erected near the temple entrance. The tapered top face of an obelisk was covered with shiny metal to glitter in the first sun rays of the day. Similarly Buddhist and Hindu temples used columns topped with shining metal sculptures like Dharma Chakra or Toran of metal pieces. A twilight zone is the time when cattle go out or come back from grazing, raising dust in the sky. This Go-Dhuli period is considered the most auspicious time for Hindus. 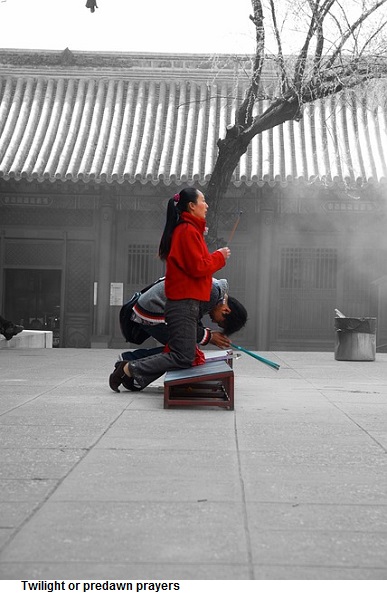 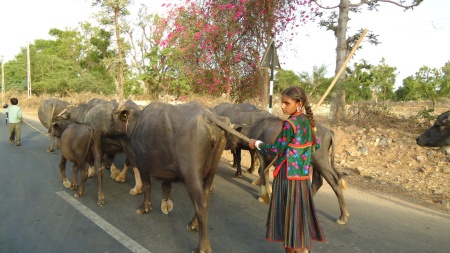 Direct sunlight can warm up a surface depending on its angle and duration of exposure to the sun, surface colour and texture. Direct sunlight is the brightest illuminance and can be redirected through reflection to interior spaces by means, such as opaque reflectors, mirrors, tubes etc. It is used for generating electricity through solar panels. Direct sunlight casts a shadow, whereas diffused sunlight is scattered and arrives from all directions, so does not cast a distinct shadow. But, often enough diffused light arriving through highly directional openings, casts a dull shadow. 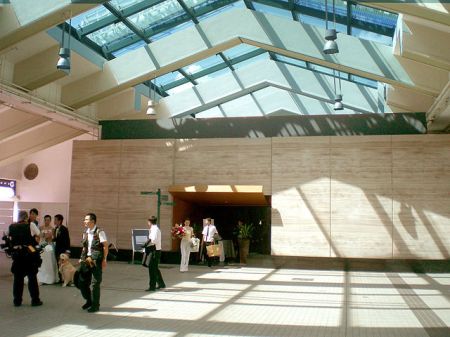 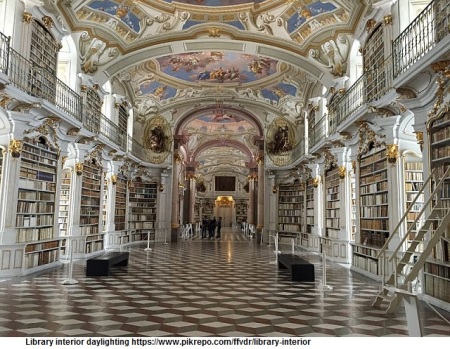 Day-lighting is used for illuminating a dully lit space or object by use reflective surfaces, appropriate spatial orientation or exposure, time scheduling or through design and placement of openings. The primary intention is to save fossil and other sources of energy, better recognition, reduce the glare, adjust the contrast and for highlighting. 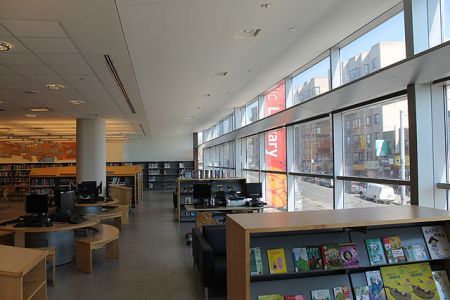 Daylight design takes into consideration the source and nature (intensity, colour) of the direct and diffused sunlight. One of the important holistic aspects of daylight design is the stratification of openings for illumination, and for view in and out. Stratification arises from the fact that daylight is arrives from the skies and grounds, both of which are strongly horizontal in effect. Daylight design is conditioned by the tasks to be handled, building form, siting, climate, architectural components and appendages, surface colours and textures in interiors, back up system of artificial illumination. At micro level design criteria include the opening size, shape, orientation, location, quality of glazing, opening treatments, position and orientation of interior components. 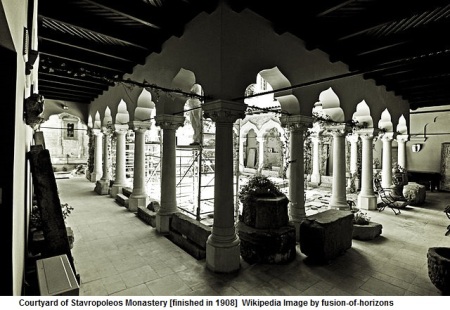