A moat is a ditch or trench around a castle, fort or settlement. Moats were created by reforming the existing terrain features, or dug as a new one. Fortified structures, like castles were once sited over difficult terrains, where some natural features offer some protection, such as hills, elevated lands or rocky landscapes. Moats were additional defence provisions, formed at vulnerable spots. The difficult terrains, however, make it very difficult to dig a new trench, or reform the existing terrain. Digging a moat was not only labourious, but the management of the excavated material equally difficult. The excavated stuff was used to back support the fort walls, or raise and level the internal grounds. Moats were formed along with construction of fort walls.

A water-filled moat was an ideal condition (or rather romantic) that was supposed to make the fort invincible. But in absence of required quantity of water supply, many moats remained dry ditches. To fill up a moat several other additional facilities would be needed such as natural or artificial reservoir, ducts, pipes, sluices and water evacuation channels. Dry ditches became drainage pits for the castle or buildings inside. Wet moats were a great health hazard. In many stories and mythical tales, moats are supposed to have alligators or crocodiles. Some moats, though, were filled with fish for food. 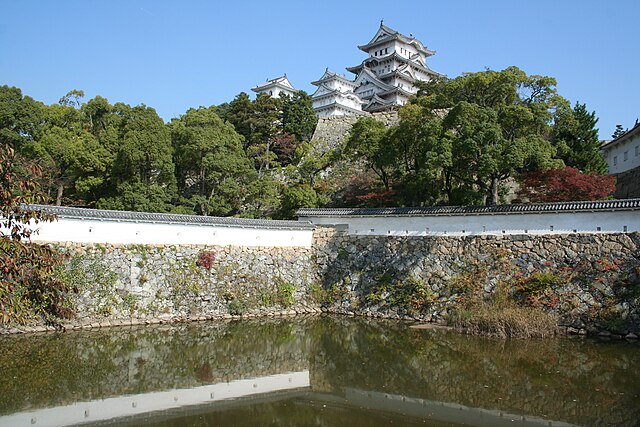 The “Three Country Moat” in the center of the Himeji castle complex Japan, Wikipedia image by Author Corpse Reviver

Moats as a dry channel or filled with water, made it difficult for the enemy to cross it, or delay the siege of the fort or castle. A moat like rough depression was difficult for cavalry to ride through, or carry a wood log to batter the doors or walls. The early age moats were conceived as defence structures, and never as an architectural or decorative landscaped feature. The edges or banks were intentionally left unfinished, or rough. The new retaining masonry walls were steep with very acute face to make it difficult to negotiate. The fort wall base at the moat was devoid of any foothold or landing space. 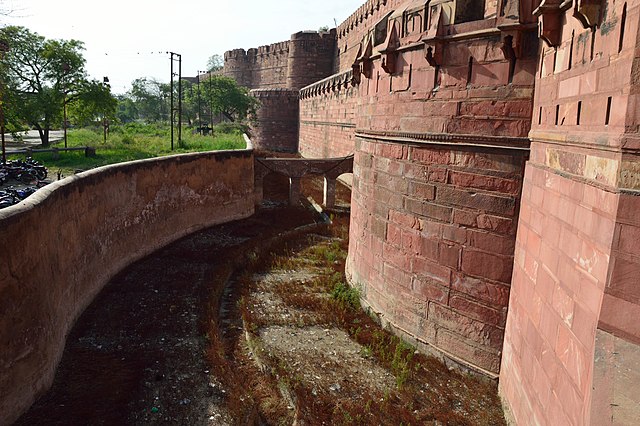 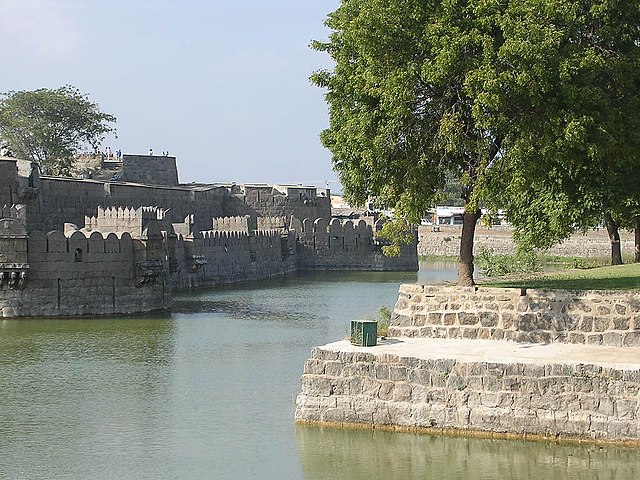 Water-filled moat with wide and deep water body was very assuring. Castles were planned near water reservoirs like rivers, stream, tanks, lakes, or new dams were constructed for it. Such locations were on flatter terrains. The idea of a water-filled moat, reflecting the walls and towers of the castles, or bastions and crenelated parapets of the fort, was so romantic and picturesque that In later periods such structures became mere decorative pieces. The moats needed bridges to connect to the castle or fort. Flatter ground fortifications had wider and deeper water bodies. These were used for fishing and boating. During the medieval periods a large articulated water body was as important as the form of the castle and fortification.

Form and uses of castles and forts have continuously changed. Such structures were once of very small base and could accommodate only few but provided refuge during the invasions. The form changed with style of warfare and the scale of the invaders. Early defence structures were designed for projectiles like arrows, stones etc. With the arrival of artillery, some new styles of structures were required. The depth and width of the moats, design of its banks, and layout in conjunction with ramparts, bastions, etc. were important. But moats continued to provide social isolation to the ruling class for a long time. 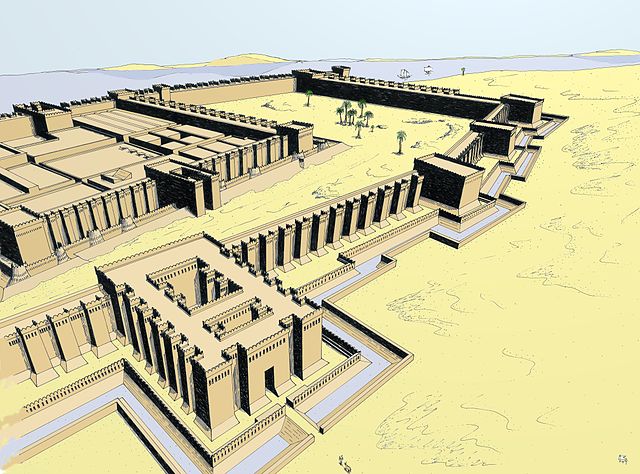 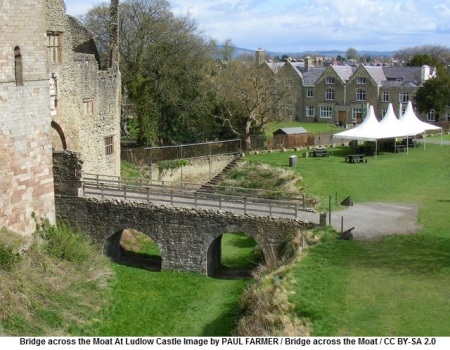