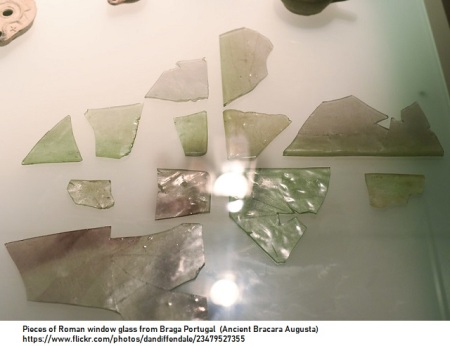 Glass has had brilliantly glossy surface. The glossy surface resulted from grinding out the irregularities of surface casting-flattening the blown glass. The glossy surface often called a glassy face, presented variegated glimmers. The glass was produced in small pieces, and was rarely perfectly flat. Its composition within mullions and muntins, as a leaded pane, consisted of several small units, each at slightly a varied angle. It produced a very vivid surface, but one that was more opaque then transparent one. 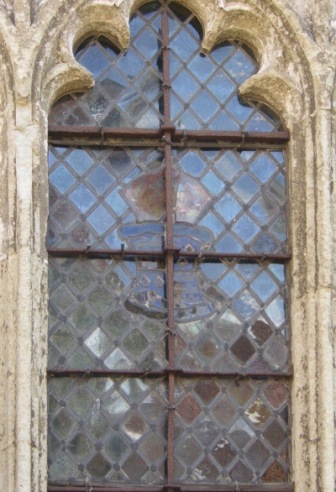 Glossy surfaces in architectural exteriors were available on highly polished marbles and granites, but these soon weathered to a matt or dull face on exposure to weather. Ceramic mosaics were the only long lasting glossy surfaces, for the exteriors. On the interior face the glossy face of glass was rarely perceived, as the daylight filtering through it, made the surface gleaming or translucent. The gloss of the glass on the interior face, however, was seen against the polished marbles, granites, wood polishes, ceramic mosaics and gilding or metallizing. 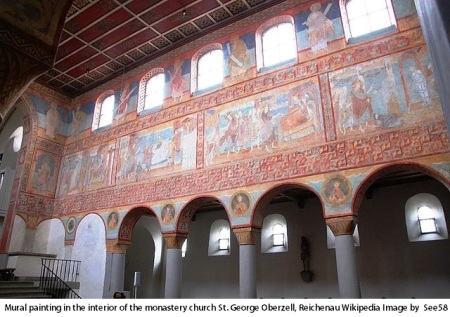 The glass as Gothic stained glass was placed against the painted dull surface of fresco art work.  Former was back lit surface and the other was front lit by the opposite side openings. Both, the stained glass and the fresco were prone to weather. Stained glass weathered to brittle or crumbling surface and frescoes were susceptible to moist weather. As against both of these surface treatments ceramic mosaics were glossy and longer lasting.

In architecture on the exterior side, the glass was treated as a mass forming surface rather then the mass dissolving surface. During day time, on the interior face the glass was mass dissolving surface. Perception of night interior glass face, was not overbearing due to lack of high intensity of illumination (in early periods). The low level night interior illumination however was sufficient to highlight all the glassed and trellis opening faces against the dark building mass, over the exterior.

The glass-covered faces were of metallic-grey tone, without much tonal variations, except created by the visual aberration due to multiple reflective and continuously varying tones of the surfaces. The interest, however, was framed by strongly patterned divisions of the window sub-units such as mullions and muntins. The contrast was very marked as the window framing elements were dull and of darker colour, whereas the glass was glossy and vivid.

Glass dissolving the mass on interior side 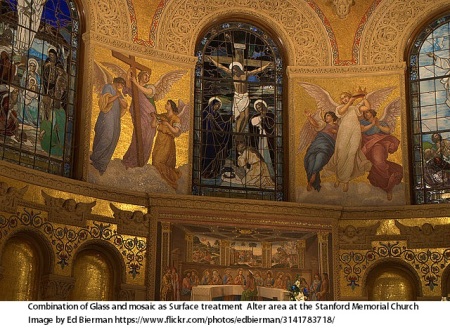 The ‘mass’ perception of glass face was very different from all other materials that were used in early architecture. Glass helped dissolve almost indissoluble relation between the mass and gravity. The mass and gravity always occurred in architecture with inevitable simultaneity. A stable built-form was massive, and so perceived to be gravity-compliant, whereas any attempt to transgress the form by puncturing it or through an expansionist modulation was considered defiance of the gravity.

Glass provided a skin that was ethereal but form constituting. It was light in weight and yet un-massive due to the glossy face. It was ethereal because it allowed the transgression of the other side. The effort to de-mass the built-form through the de-materialization occurred in many different ways. The discernibility of the architectural elements was dissolved through the glossy surface of glass. The light passing through the glass suppressed the darkness that was enhancing the massiveness of corners, edges and ledges. 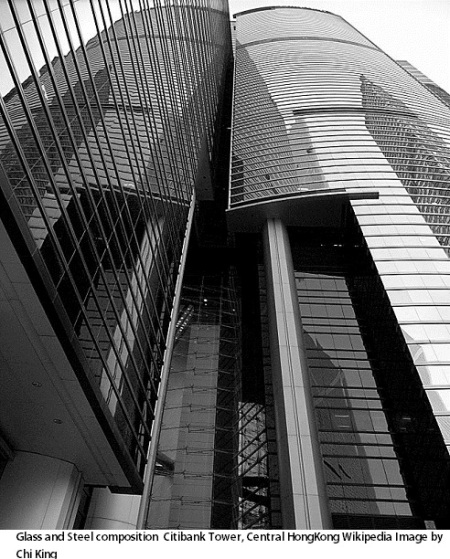