Materials have three fundamental states of matter, namely Gas, Liquid, and Solid. The state denotes the structural rigidity and resistance to changes of shape or volume. The state or phase of a matter is due to the temperature and pressure. Most substances are solid at low temperatures, liquid at medium temperatures, and gaseous at high temperatures. The state or the changeover of a phase is not always distinct. The temperature at which any given substance changes from solid to liquid is its Melting point, and the temperature at which it changes from liquid to gas is its Boiling point. In the reverse order the Gas to a Liquid transition is known as Condensation, and Liquid to Solid change as Freezing.

Mixing Oil, Vinegar and Mustard for whipping into emulsion > Wikipedia image by jeffreyw

Solids have molecules held very close to each other, and so maintain the rigid form without any need for a container. Solids formed by slow cooling have constituent atoms, molecules, or ions packed in a regular order and are called crystalline. Solids cooling down very rapidly have no long-range order for the position of the atoms and so have amorphous structure. Solids can be broadly categorized as organic (Such as the wood, paraffin wax, naphthalene and a wide variety of polymers and plastics) versus inorganic (such as metals, alloys, minerals). Solids are formed when definite bonds exist between component atoms and molecules.

Liquids are mostly non-compressible fluid, able to conform to the shape of its container but able to retain more or less constant volume irrespective of the pressure.

Gases are compressible fluids able to take the shape of the container by expanding (or compressing) to fill it.

Plasma is the fourth state of matter following solid, liquid, and gas. Plasma is an ionized (electrified) form of gas. It has a collection of charged gaseous particles containing nearly equal numbers of negative and positive ions. Unlike other gases, plasma may self-generate magnetic fields and electric currents, and respond strongly and collectively to electromagnetic forces. 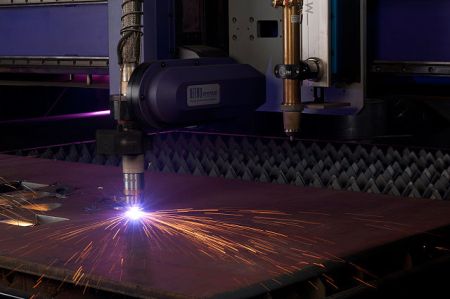 ● Compounds are combination of materials in the same or different phases. Compounds can be separated by a chemical reaction. If a compound is uniform, it is called Homogeneous, and nonuniform compounds are called Heterogeneous. Homogenization is a process of distributing one substance, uniformly throughout another (Ice creams, ketch-ups, etc. are homogenized). A mixture is made from molecules of elements and compounds that are simply mixed together, without chemical bonds. Mixtures can be separated using techniques such as filtration, chromatography, evaporation and distillation. 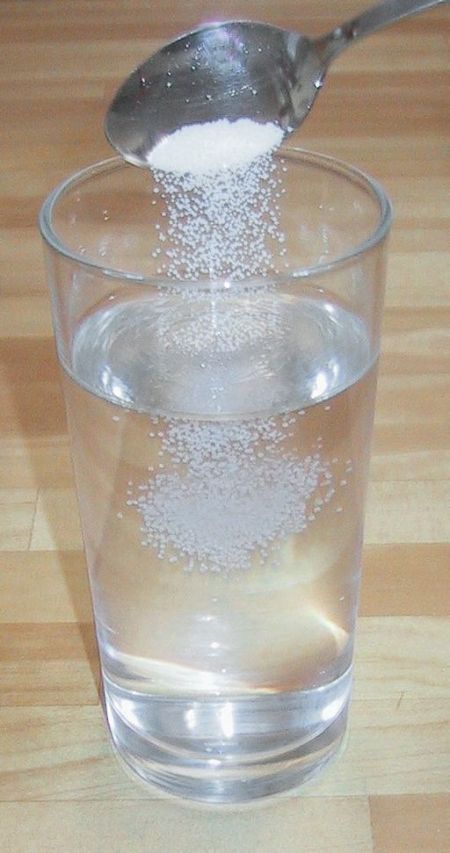 ● Solution: Solution is a homogeneous mixture of two or more substances. The substance present in larger quantity is usually called the solvent, and the other substance present in smaller quantity and dissolved is called the solute. The solvent can be either a liquid or a solid and the solute can be either a gas, a liquid, or a solid. Carbonated water is an example of a Gas (carbon dioxide) dissolved in a Liquid (water). Mixtures of gases, such as the atmosphere, are sometimes referred to as solutions as well. Solutions are distinct from colloids and suspensions in that the particles of the solute are of molecular size and are evenly dispersed among the molecules of the solvent. Solutions appear homogeneous under the microscope, and the solute cannot be separated by filtration. Salts, acids, and bases ionize when they are dissolved in water. Certain metals are soluble in one into another, in the liquid state and solidify with the mixture of atoms preserved. If such a mixture can solidify for different proportions of the two metals, they are said to form a Solid solution of metals.

SOLID in SOLID  A solid solution is a solid-state solution of one or more solutes in a solvent. Solid solutions occur in nature as minerals formed under heat and pressure. It is formed when two metals are completely soluble in liquid state. Typically Brass has copper (64 percent) as the solvent atoms and zinc (36 percent) are solute atoms. Such a mixture is considered a solution (rather than a compound) when the crystal structure of the solvent remains unchanged by addition of the solutes, and when the mixture remains in a single homogeneous phase.

SOLID in LIQUID  Salt or Sugar get dissolved in water forming a Solution. Solution like, amalgams (mercury in silver) are uniform throughout and are homogeneous. On the other hand Sand, Rocks, and wood form heterogeneous mixture where each constituent retains its own chemical identity and properties. A suspension is a heterogeneous mixture containing solid particles that are larger than one micrometer for sedimentation. Colloids have finer suspended particles and do not settle. For suspension to occur some excipients or suspending agents or mechanical agitation is required.

Smog at Brighton UK by Wikipedia image by Richard Rutter

SOLID in GAS: Very small particles (less than 0.002 mm) can float around in air and larger particles (greater than 0.5 mm) roll along closer to the ground. Smoke and airborne dust are solids in gas medium. The process is used to separate particles of different sizes through mechanical cyclonic effect.

LIQUID in SOLID: Gels are dispersion of molecules of a liquid within a solid. The solid is in continuous phase and liquid is a discontinuous phase. Liquid in solids combinations also manifest when excess amounts (than required for equilibrium) of solute are added to a liquid, a condition called super-saturation occurs. Supersaturated solutions are unstable, and may remain in that state for an indefinite period of time if left undisturbed. However, when solid particles are added at this stage, it encourages crystal growth. A sol is a colloidal suspension of very small solid particles in a continuous liquid medium. Sols are quite stable (often due to presence of dispersion agents) like the blood, pigmented ink, cell fluids and paints. Artificial sols may be prepared by dispersion or condensation. 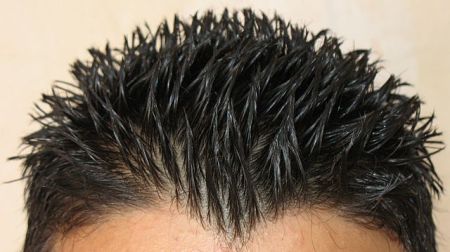 LIQUID in LIQUID: Liquids are miscible or immiscible and chemically they are colloids where both phases are liquids. The particle or droplet size is very large, then it is more likely dispersion or suspension, otherwise it is likely to be an emulsion or a solution.

LIQUID + GAS: Liquid in gas creates a visible mass, as the small particles of liquid have greater surface area, detracting the light. Fog is a natural phenomena considered as a low-lying cloud. Aerosols have liquids in the form of solutions, suspensions, emulsions, and semisolid preparations. Aerosols use propellants of two types: Liquefied-gases and compressed-gases.

GAS + SOLID: A suspension of liquid droplets or fine solid particles in a gas is called an aerosol or particulate. In the atmosphere these consist of fine dust and soot particles, sea salt, biogenic and volcanogenic sulfates, nitrates, and cloud droplets. Gas entrained, solids create solid-foams, here the volume of gas is large, with thin films of liquid or solid separating the regions of gas. Solid-foams have two forms: Closed cell-foams, the gas is trapped inside pockets of solid material, and in Open-cell foams the gas pockets connect with each other. Open or continuous cell forms of pliable walls are compressible due to freedom for air to move around.

GAS + LIQUID Foams and froths are colloidal systems, where the gas form bubbles in a liquid medium. Liquid foams are made long lasting by addition or presence of a stabilizer or surfactant. Proteins (eggs, oils, gums) are used as foaming agents. Carbon dioxide dissolved in water is used in aerated drinks and firefighting systems. Foaming is not always a desirable condition such as in lubricating oils. Typically air releasing agents or conditions reduce the foaming. Aerogel is a synthetic porous ultra-light material (98.2% air) that is derived from a gel by replacing liquid with air. The result is a solid with extremely low density and low thermal conductivity. It is known as frozen smoke, solid smoke, solid air, or blue smoke. 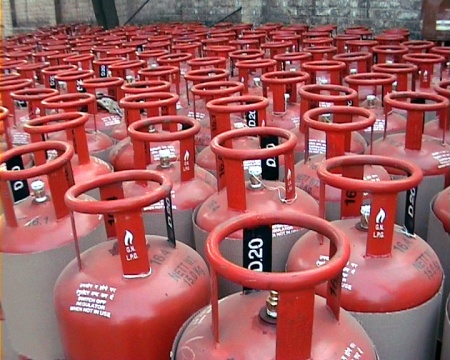 GAS + GAS: Gases have particles with vast separation in comparison to liquids and solids. This separation usually makes a colourless gas invisible, and offers greater scope for mixing. Mixtures of gases, such as the atmosphere, are called solutions. Gas mixtures are used in a brewery for sparging or purging, that is to remove a (harmful) gas, and for blanketing or inerting to fill up the residual volume with a benign mix. Anesthesia and diving gear have gas mixing facilities in addition to adding water vapour.