In the later Middle Ages a new style, purged of colours, emerged to create artworks like painting, glass compositions and fabric arts etc. Grisaille painting is a technique where an image is executed entirely in shades of gray and modelled for the illusive effect of relief sculpture. The use of colour was a gray-scale palette like black, grey or single tones. This emerged perhaps as metaphorical simplicity for religious modesty or as a dissolution of the distinction between sculpture and drawn arts. The chosen palette merged the three-dimensional sculpture or built-form, and the two-dimensional drawings. 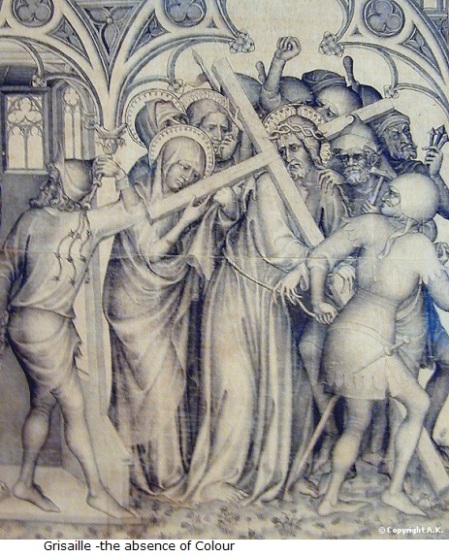 The Grisaille sobered up the art, sculpture and architecture scene. In architecture, the clerestory windows of Gothic cathedrals replaced the saturated coloured glasses with patterned grisaille glass. This created interior architecture that was more honest to the form than the effect. It also devalued the story telling-board function of the windows.

Grisaille style of monochrome or single hue presentations, encouraged the exploitation inherent patterns and textures of the architectural surfaces. The art of creating depth or its illusion through form-shape, shadows, silhouettes and forward-backward was re-explored. 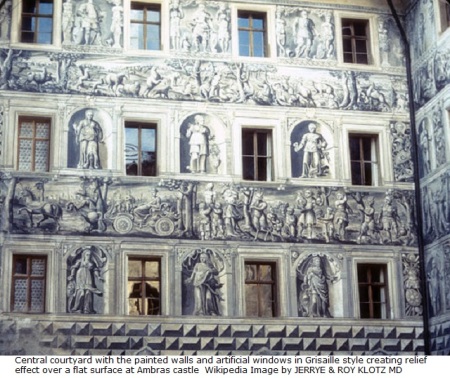 In French, Grisaille has also come to mean any painting technique in which translucent oil colours are laid over a monotone under-painting.

Grisaille (French: gris =grey), is an artwork form where Grey and its various tones are used to create sculptural effect in paintings. It is largely a monochrome form of presentation, though few other colours are also used. Frescoes with Brown tones have been called Brunaille, and with Green tones Verdaille.

Grisaille as technique is similar to Chiaroscuro. It uses shades as one basic tone to present many materials. It is also similar to charcoal or sinopia used for preparing a sketch, understudy, or prefigure outline. 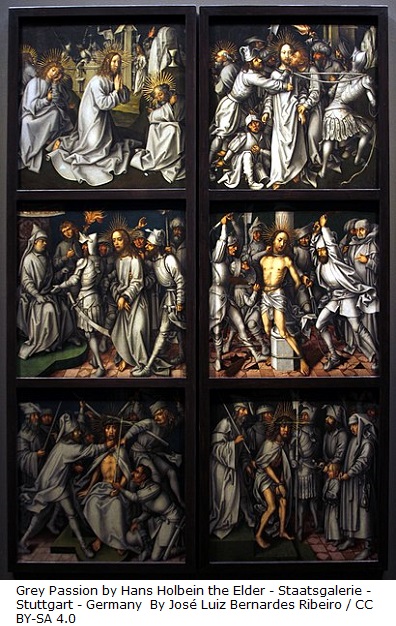 Grisaille form could be a painting or glass-art or an understudy for a painting. ‘Rubens and his school sometimes use monochrome techniques in sketching compositions for engravers.’ Grisaille was often used, to see the validity of a proposed sculptural composition. It was used to imitate classical sculptures in wall and ceiling decorations. In French, Grisaille has also come to mean any painting technique in which translucent oil colours are laid over a monotone under-painting. 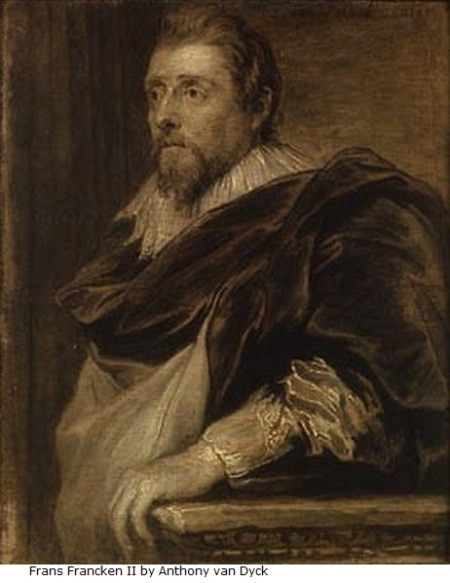 This art-form was preferred for being faster and cheaper. Sometimes, however, it was intentionally used for being less committal and also for its aesthetical beauty. Grisaille art-form was used by glass painters for colouring in place of stained glass or pot glass. Grisaille windows were popular because the monochromatic panes of white glass with black or brown painted outlines offered a very sober and brighter interior environment. It saved money, and worked well as a replacement for stained glass or leaded windows. 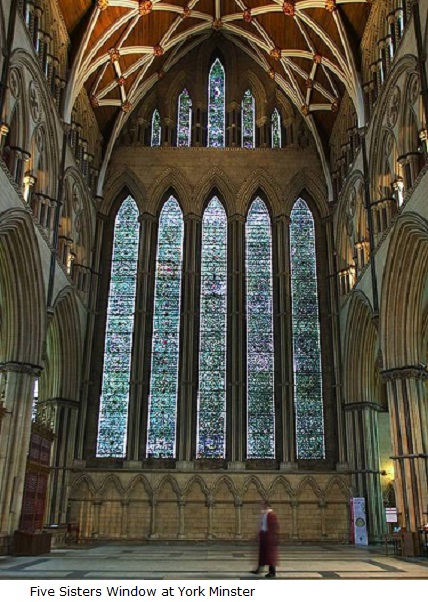