The word Alfarje meaning panelled wood ceiling, derives from Arabic al-furjah. It was a very common feature of Islamic and Spanish Moorish architecture. The Islamic dominated style began after the Moorish conquest of Spain in 711, but has common cultural effects of Moors, Christian, and Jewish. During the 12th C the Mudejar style of architecture emerged in Andalusia in southern Spain. This style lasted till 16th C. however, even after that period it remained popular in Andalusia and other regions of Spain. A modern version of it, Neo-Mudejar style was used by modern architects in Madrid and other cities during 19th C. (P.S. Farjee in Persian and Urdu languages mean fake, bogus or artificial and ceilings are called False ceiling, if cover the roof or floor underside as a suspended element).

Mudejar refers to the art and architecture that were created by the Moors who continued to stay in the Christian areas after these ones passed from the Moors to the Christians. These Moors who remained in Spain, without being converted to Christianity were known as Mudejars. The Mudejars worked in Spain as craft’s persons, such as alarifes or master masons, carpenters, potters, and tile and glass-makers. In the middle of 16th C. they were forced to convert as Christians, and were called Moriscos. 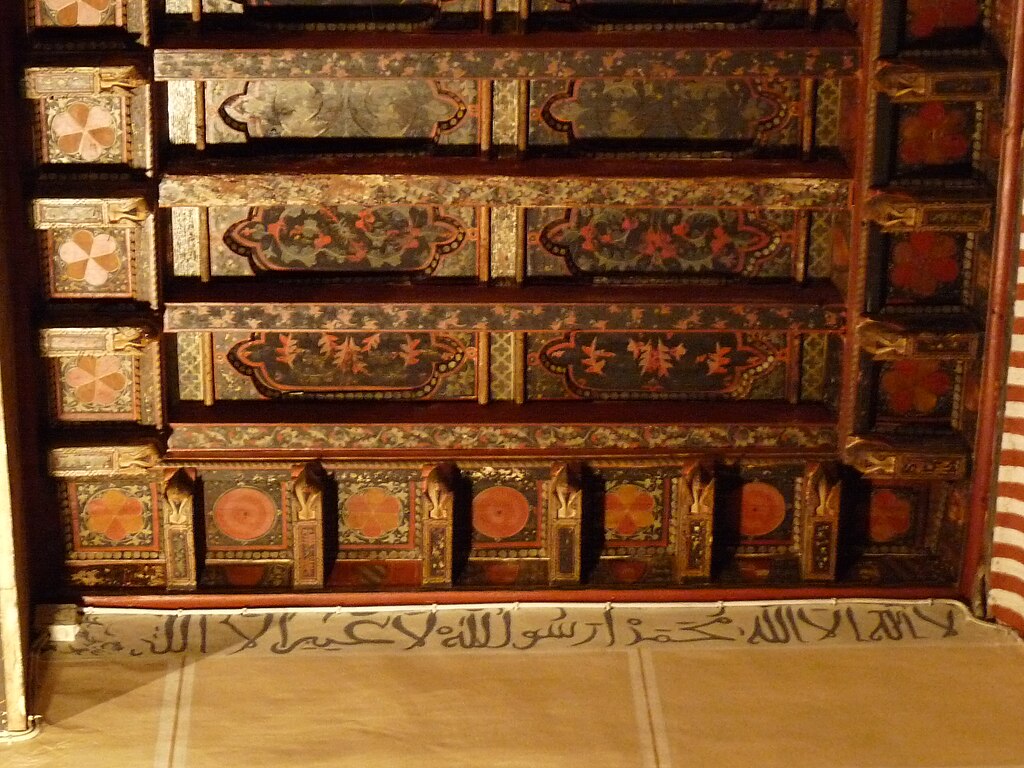 The Mudejar style of architecture used brick as the main building material. It was intricately plastered as seen in beehive ceilings and stalactites of palaces like the Alhambra. Cobalt blue and white ceramic tiles of geometrical motifs were used for roofs and walls. Mudejar buildings used horseshoe arches. An important planning feature of this architecture was use of patios with flowing water bodies, and fountains and balconies with screens.

The most outstanding element of Mudejar style was the panelled wood ceiling. It was known as Alfarje. The ceiling structure is made of joists and filler panels, both of which are carved, and inlaid with ivory and other precious materials. The same skills were also used for other wood works, such as furniture and floors in craft called marquetry.