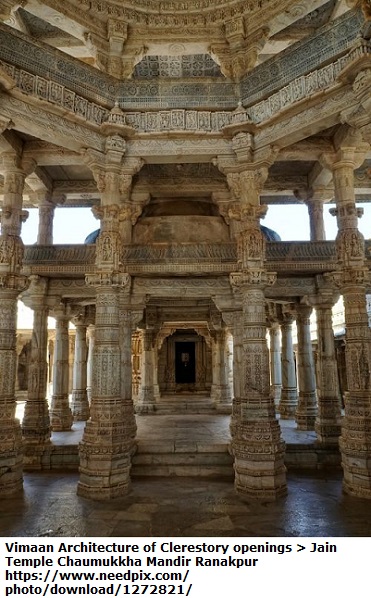 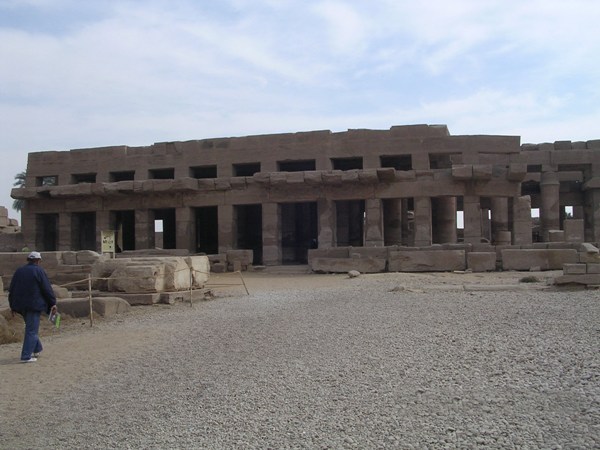 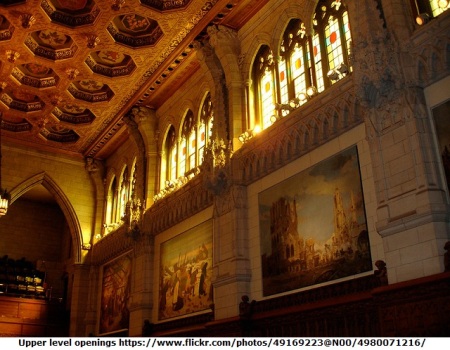 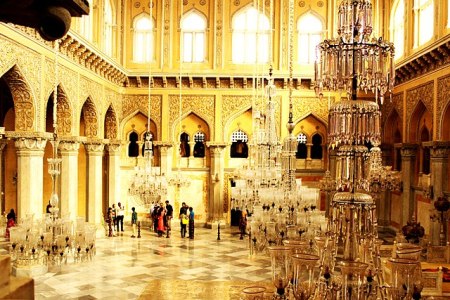 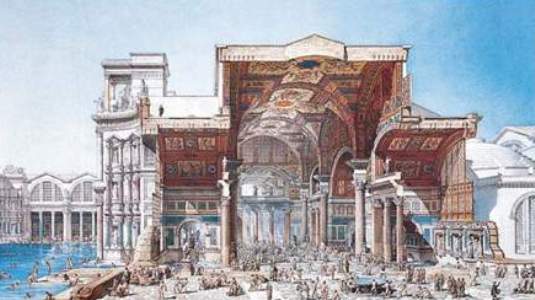 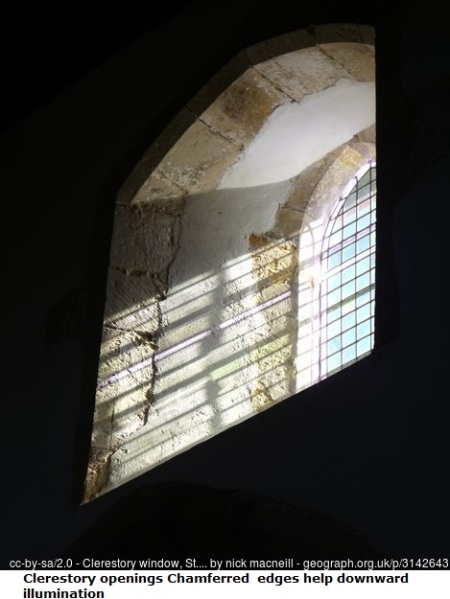 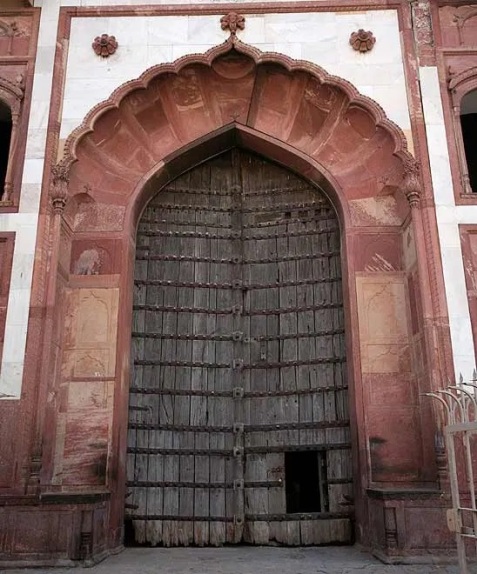 An architectural opening occurs within a barrier or at the junction of two distinctive barriers. A very strong barrier provides for equally important opening. Doors, windows, gates, gateways, etc. are openings within barrier systems such as: walls, fencing, fort walls, enclosures, partitions, dividers, etc. Barriers are continuous entities, and can only be experienced through the openings. Barrier systems define a domain, so an opening becomes the representation of the domain. Opening systems can never supersede a mother barrier system. Openings are subordinated or minor systems as these must occur within a barrier system. 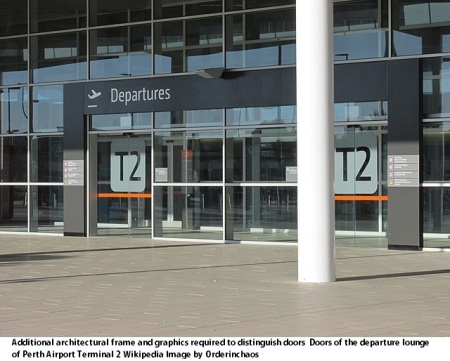 A small opening makes a barrier system very evident, whereas a large opening or multiple openings make barriers less effective. The exchange occurring across a small opening is very intense, compared to a large gateway. Small openings due to their smaller scale allow a controlled scale of exchange. However, a large opening often requires re-scaling through various appendages such as: segregation channels for up – down, and fast -slow traffic, compaction through funneling, filtration for selective processing acceleration and de-acceleration mechanisms. 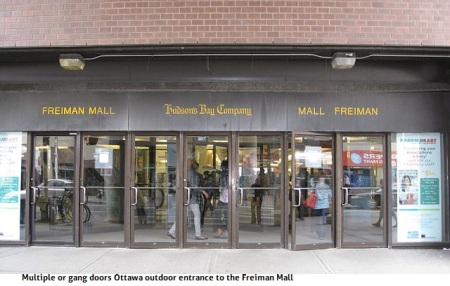 A large window is divided into smaller units –lites, each of which can have a varied configuration. Entrance foyers of skyscrapers, lounges of Airports and Railway stations, have ganged or multiple doors to serve the demand for a wider but controlled opening. However, air hangers, garages, barns and warehouses require very wide doors to meet the functional carriage width. Very large or wide doors often have an insert small opening (‘a door within a door’) for passage. Openings are spaced out to take advantage of the location and orientation, and diffuse the exchange over a larger zone. Openings are concentrated or grouped together, to few locations to reduce the wastage of distributed operations. 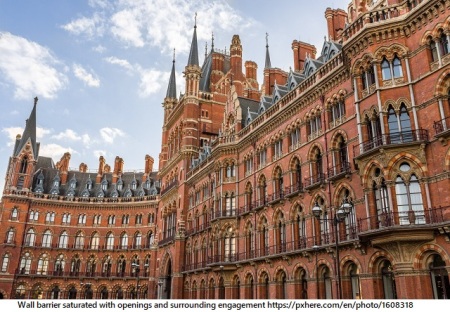 Openings are scaled in terms of the image projection. A large opening means: capacity to build better, greater control over security, desire for extravagance or grandeur, need to be perceptible from distance. Smaller and fewer openings mean: conservative building technology, problems of safety and security, prudence and need to be less visible. 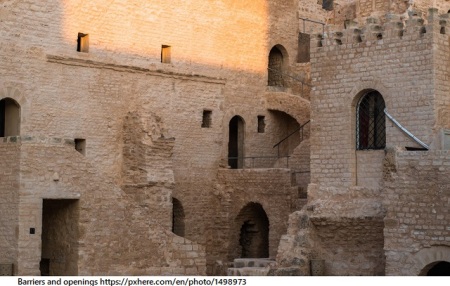 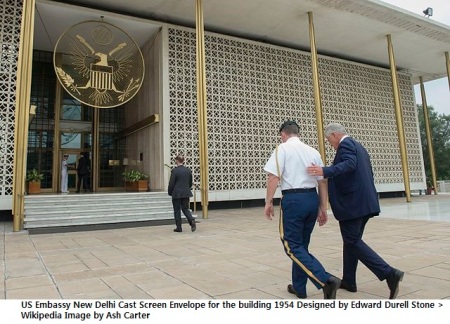 A Large window illuminates the interiors brightly, creating a fearless but public (non-private) space. Bright spaces are warm, a desirable quality in some climates. A Small window mean a sturdy and stable structure, an intimate (private) space, safety, security and cool interior or a ‘cold’ space. Walls, traditionally have been massive entities, so fewer openings disrupt a wall less. LEVELS OF OPENINGS: Openings are essentially of two types: negotiable for egress or transit-able in an emergency. In both cases, the degree of conveyance may have been intentionally made difficult or easier. A French window is a door for conveyance, and a trapdoor or a hatch door is a window for all purposes. A door could occur at a negotiable level but a barn door for fodder, is placed at first floor level. A warehouse gantry girder could extend out of an upper level door like opening to lift up goods and bring it in. Windows have many grades, of ‘high to low’ sill levels, as referenced from interiors or exteriors. A high sill from interior space cuts off the view to the outside as in medieval cathedrals. A low sill or zero sill window ‘opens’ a space as in case of traditional Japanese houses. The upper floor windows of a glass curtain high rise building, clerestory windows and skylights offer a static view, lacking in dynamism. 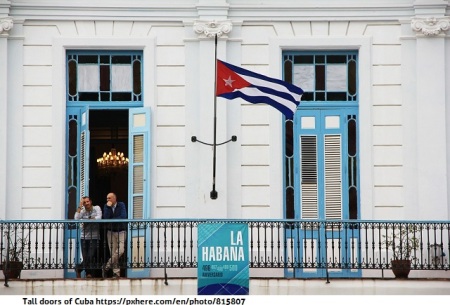 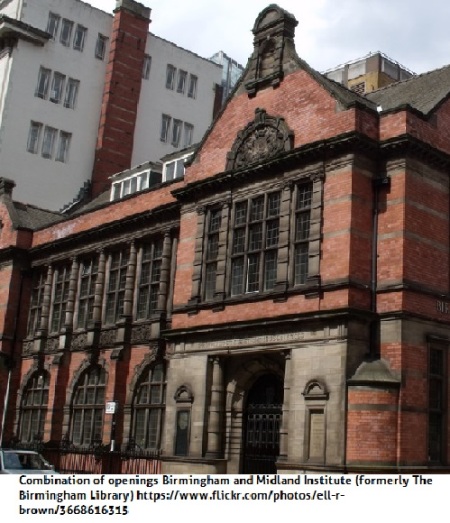 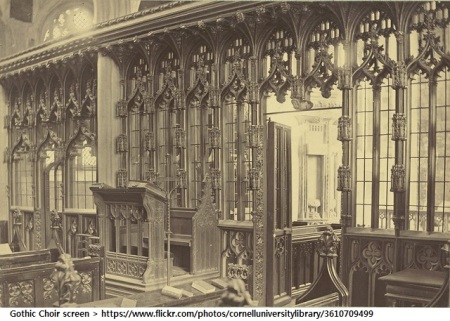