Human spaces are substantially real and physical, but could also have features that transcend the reality.

Las Meninas (Spanish = The ladies in waiting) ART by Diego Velazquez (1599-1660) >> Las Meninas is composition about Reality and Illusion of relationships between figures. In a large room several figures are spatially morphed including Artist (at a realistic scale), surreal mirrored reflections, and various real figures in their own engagements. The Artist himself looks at the tentative spot the painting observer would be standing.

There are THREE reasons for the later condition.

TWO, the subconscious mind perceives beyond the rationality, restrictive customs and structural limitations.

THREE, we use tools that surpass the reality and present us with novel experiences. 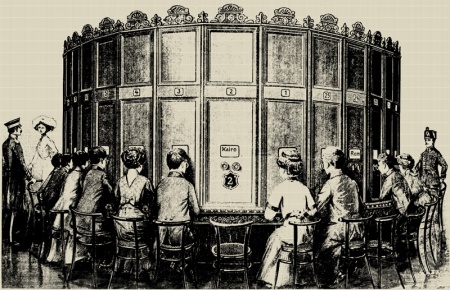 ONE: The ambiguities in cognitive processes arise due to the past experiences, expectations and the context. The context for the perception, if environmental, is ever changing. The fixed contexts provided by physical objects or the beings have context of personal relevance. Physical objects in abnormal sizes, scales and distortions, like the grotesque forms disturb that placidity, at least initially.

TWO: Under stress conditions extra ordinary cognitive feats are possible. We perceive and subconsciously register minute details of events that in normal conditions escape attention. In conscious state many have extra ordinary capacity to hear, smell, feel or observe. During sickness, however, in-coherency results due to time and space mismatch. A cognitive deficit or cognitive impairment describes the characteristic that affect the perception. It also affects, because elements nominally distanced in time and space are virtually juxtaposed in a make-believe world. 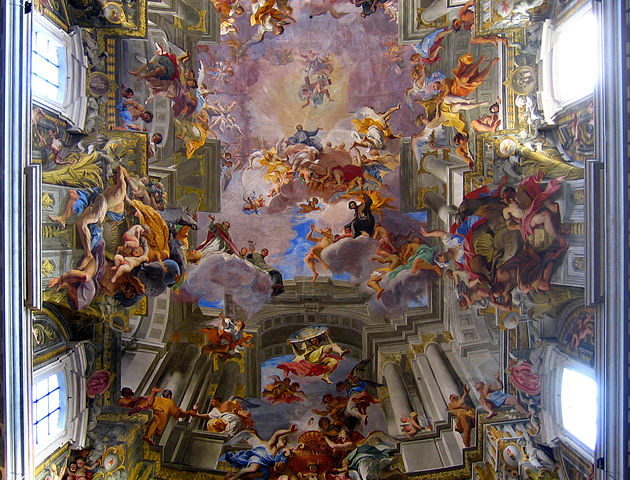 The apotheosis of St. Ignactius, Church of St Ignazio > Art by Andrea Pozzo (1642-1709) > Image by http://flickr.com/photos/antmoose/62278449/Anthony Majanlahti >> > Pozzo dissolved the architectural elements of the nave’s barrel vault while coordinating the storyboard through bright sky and floating figures, creating an ethereal single point perspective.

Time is seen as a measure of change, and Space is perceived for its consistency (or even lack of it) over a time. When the dream and reality transcend, there is sense of ‘Avidya’ (lack of knowledge), a Maya as the cause of illusion. Avidya includes confusing the mundane reality to be the only reality, and believing it as a permanent feature, though it is ever changing. The effect of Avidya is to inhibit the real nature of things and perceive something else in its place. It is the ignorance or misunderstanding of the nature of reality. 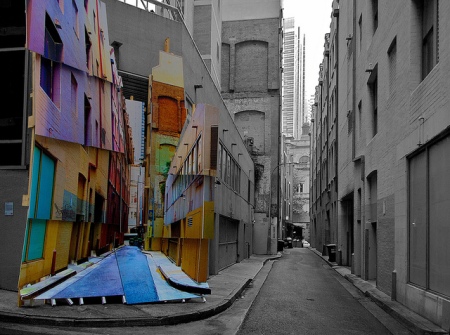 Flickr image by JAM Project >> Deconstruction Ways by Isidro Blasco, corner of Mullins Street & Market Row, near Abbey’s bookshop and parallel to York St. From the Art & About website: “‘Deconstructing Ways’ creates a parallel world for your imagination to step into.

THREE: To resolve the contradictions of reality and dream, new means were created, such as the ‘unnerving and illogical scenes’, strange creatures, grotesque forms, and queer built-spaces. The methods exposed the truth by stripping ordinary objects of their normal significance. The contempt for accepting literal meanings assigned to objects has been considerable. The Ornamentation, in comparison were more subdued but have too much metaphorical connection with the past, visually very static, and these have restricted the time dynamism. The superfluous, or the applique decorations have been means for camouflage. The shrouded symbolism of decorations and the contempt for the explainable interpretation, led to creation of new space making forms.

The process of de-ornamentation in post industrial period, allowed the much needed exposure for aspects like geometry, functional, structural, and spatial definitions. The new constructs for architecture and products, etc. that followed the de-ornamentation, such as ‘form follows function, purity of form and truth to materials’ became the tenets of modernism.

New constructs of modernism were too stiff for many. Deconstructionists moved away from such constricting aspects. They compromised the geometric discipline of the form by abrogating the functional, structural, and spatial aspects. It started with literature, art and then spread to architecture, and performing arts. But in architecture they still had to deliver a building confirming the gravity and other forces. In literature and other arts it had to be a deliverable product or a recognizable entity. It also now endowed that ‘not everything that looks odd is deconstructionism’. 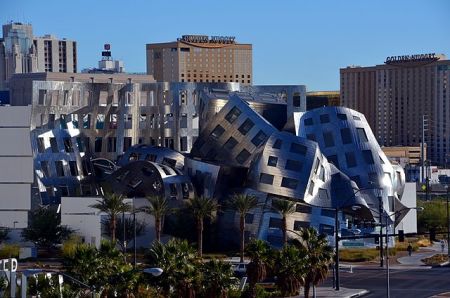 Reality is the state of things as they actually exist, rather than as they may appear or might be imagined. Reality, often contrasted with what is imaginary and delusional. The reality and the dream find expression in dominantly a visual realm. All art and magic except the alchemy are visual. Computer mediated, realities have been predominant of visual perception, and to a very small extent of aural experience.